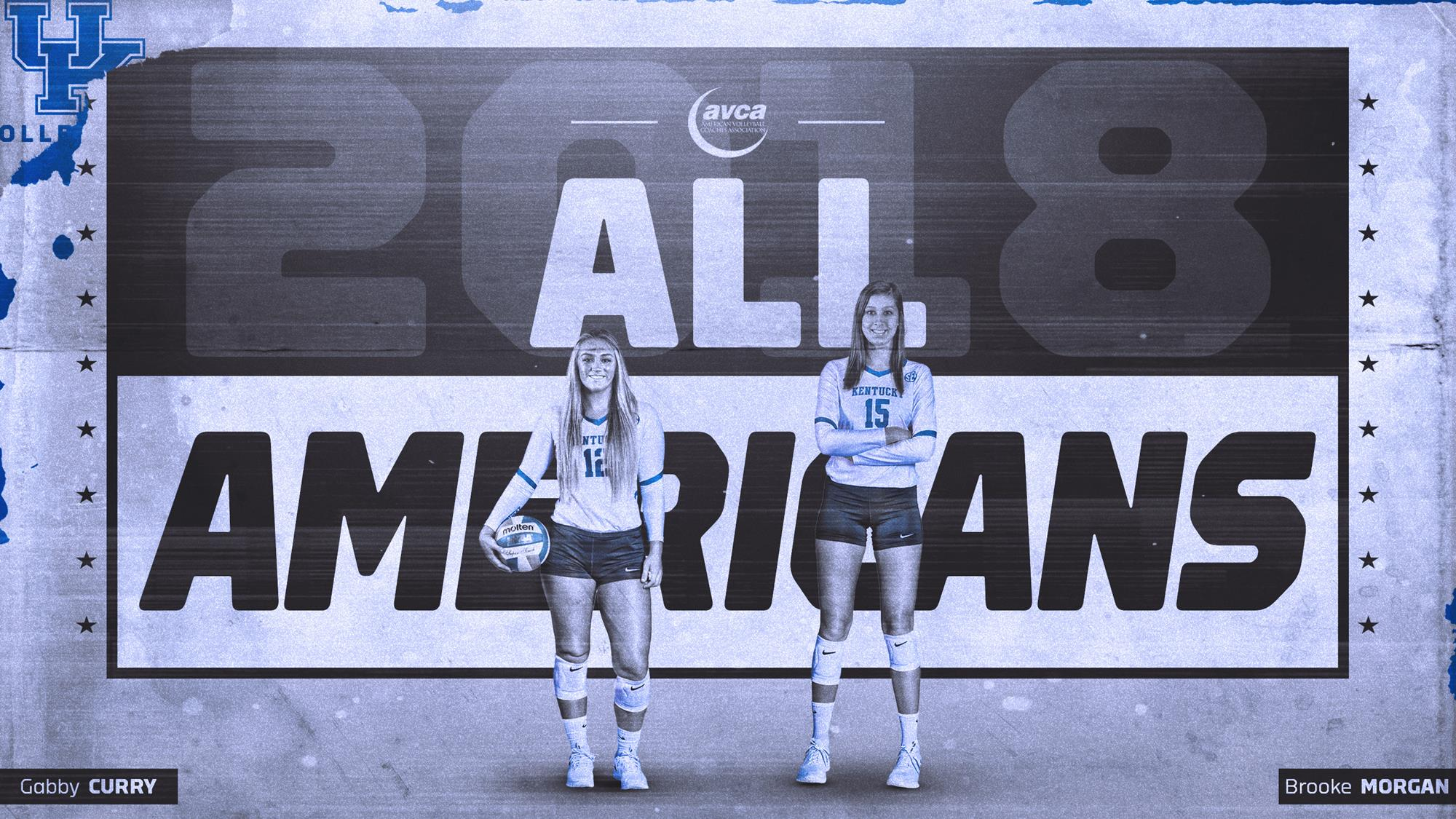 LEXINGTON, Ky. – Senior Brooke Morgan and sophomore Gabby Curry added to the postseason accolades for the Kentucky volleyball team as they were tabbed American Volleyball Coaches Association (AVCA) All-America honorable mention selections on Wednesday. The honors are the first of their careers.

The duo joins Leah Edmond and Madison Lilley in postseason recognition as Edmond and Lilley were named second-team selections to the AVCA All-America squad this morning.

Morgan and Curry had tremendous seasons for the Wildcats who went undefeated in Southeastern Conference action and claimed their second straight league title, while also advancing to the NCAA Regional Semifinals for the second-consecutive season. Morgan and Curry were AVCA All-Southeast Region Team honorees and both were tabbed All-SEC. Curry was also the SEC’s Libero of the Year.

The Dike, Iowa, native generated 11 matches with 10 or more kills and had nine matches with five or more blocks on the season. She finishes her career ranking eighth all-time in UK’s 25-point rally scoring era with a hitting percentage of .303. Her 273 career block assists is the seventh-best mark in program history in the rally-scoring era.

Curry became the fifth different UK libero to win either the league’s defensive player of the year or the libero of the year. Playing full time enabled Curry to produce the best numbers of her two-year career. Just a sophomore, Curry moved into the role and shined from the start. She posted an average of 4.36 digs per set while also adding 26 aces and 114 assists. The Buford, Georgia, native had 26 matches with 10 or more digs, 17 with 15 or more and eight with 20 or more.

She will enter her junior season already ranking seventh all-time in the rally-scoring era in career digs with 750.