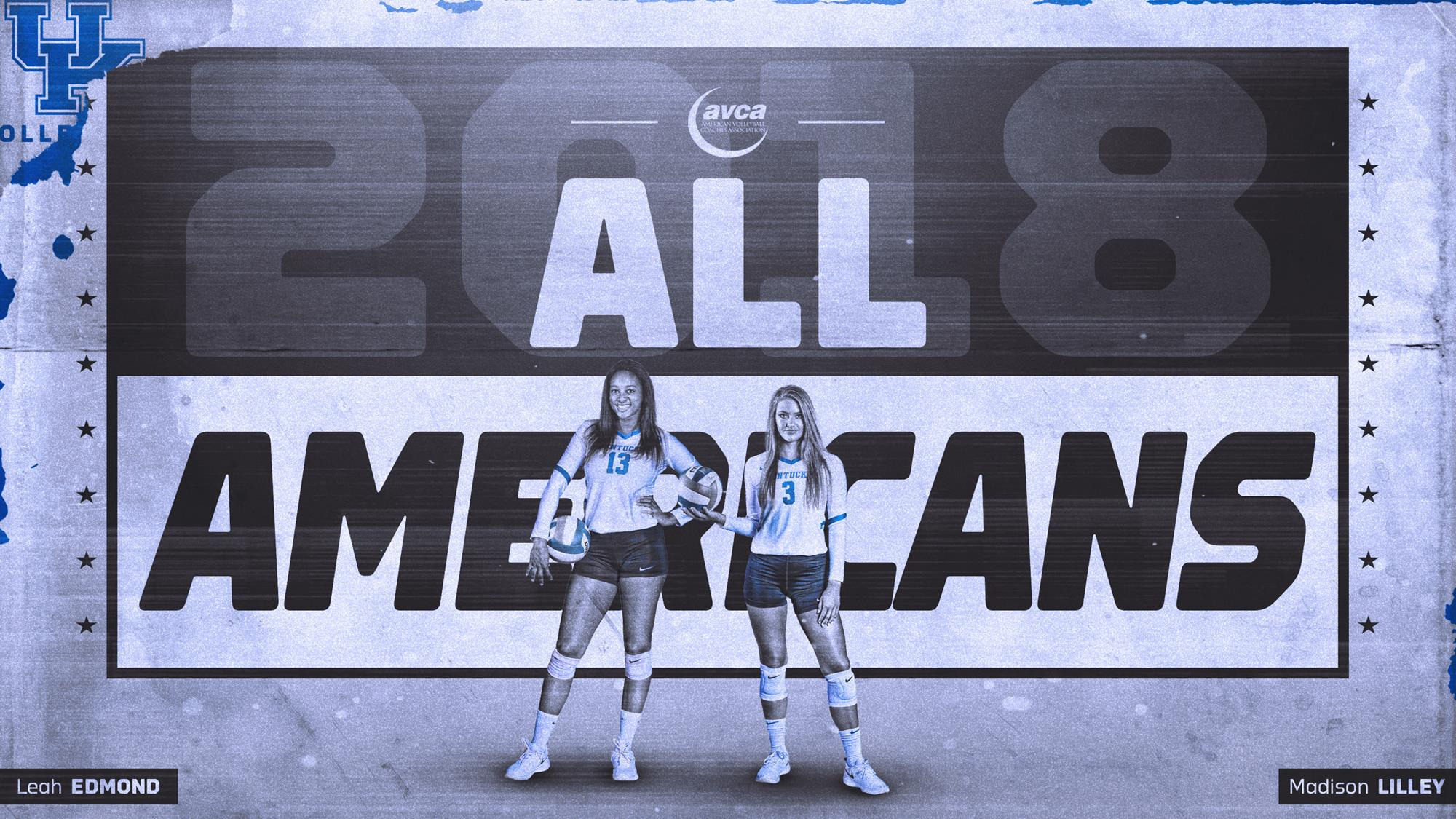 LEXINGTON, Ky. – Kentucky volleyball’s Leah Edmond and Madison Lilley earned All-America distinction, as announced by the American Volleyball Coaches Association (AVCA) on Wednesday. Both were named to the second team.

The duo was also named to the AVCA All-Region team and the All-Southeastern Conference team. Edmond was the SEC Player of the Year while Lilley took home the Southeast Region’s Player of the Year honor. Both have now been named All-America each season of their college careers. Edmond was a third-team selection during her freshman season and a first-team pick a year ago. Lilley has been tabbed to the second team in both seasons of her career. 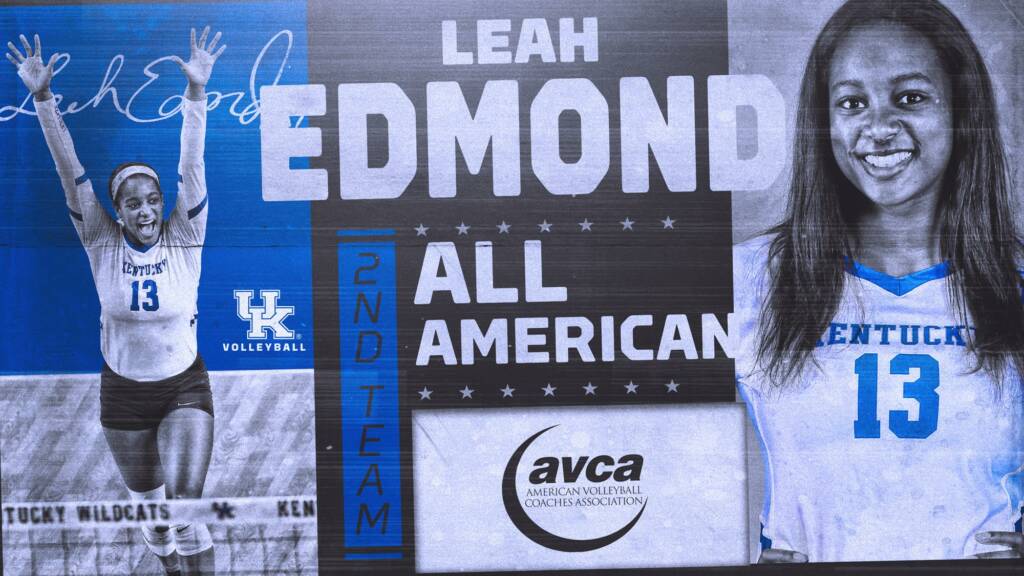 Edmond led the UK offense this season with 4.57 kills per set, which is 13th in the country. Her 498 kills this season rank third in the 25-point rally scoring era behind her own program-record 539 terminations last season and Sarah Mendoza’s 519 in 2009. The Lexington, Kentucky, native also became UK’s all-time kills’ leader in the rally-scoring era during the SEC Championship-clinching match on the road at Missouri. Early in the season against Creighton in Los Angeles, she became the quickest player in program history to reach 1,000 career kills.

Edmond totaled 10 or more kills in 28 of 31 matches this season. She topped the 20-kill plateau eight times, including a career-best 26 in the four-set win over Missouri at home. Edmond averaged 1.66 digs per set and produced three double-doubles this season, including a career-best 13 digs in the sweep of Charleston in the Bluegrass Battle. Her career-high hitting percentage of .600 came in the win at Louisville. 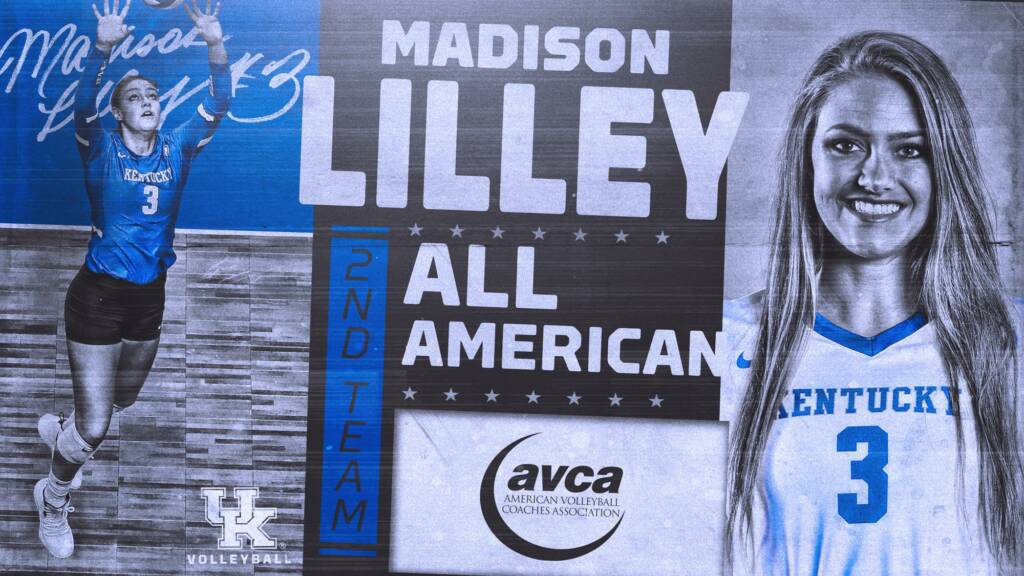 Lilley averaged 11.30 assists for the season, which was the best in the SEC and ranks 15th in the nation. The sophomore guided UK’s offense to the fourth-best hitting clip in the country at .301 and ninth in kills per set at 14.44. She posted 40 or more assists 14 times while reaching 50 on five occasions this season. The Overland Park, Kansas, native reached a career-high 19 digs in the five-set win at Texas A&M. Lilley also set personal bests in kills twice (6), blocks (6), and aces twice (4).

UK’s floor general was named the SEC Player of the Week or Setter of the Week on eight occasions, easily the best in the conference. She led the team with 10 double-doubles on the season and finished in fifth in the 25-point rally scoring era for assists in a single season. She also moved into third on the rally-scoring era all-time assists leaders.