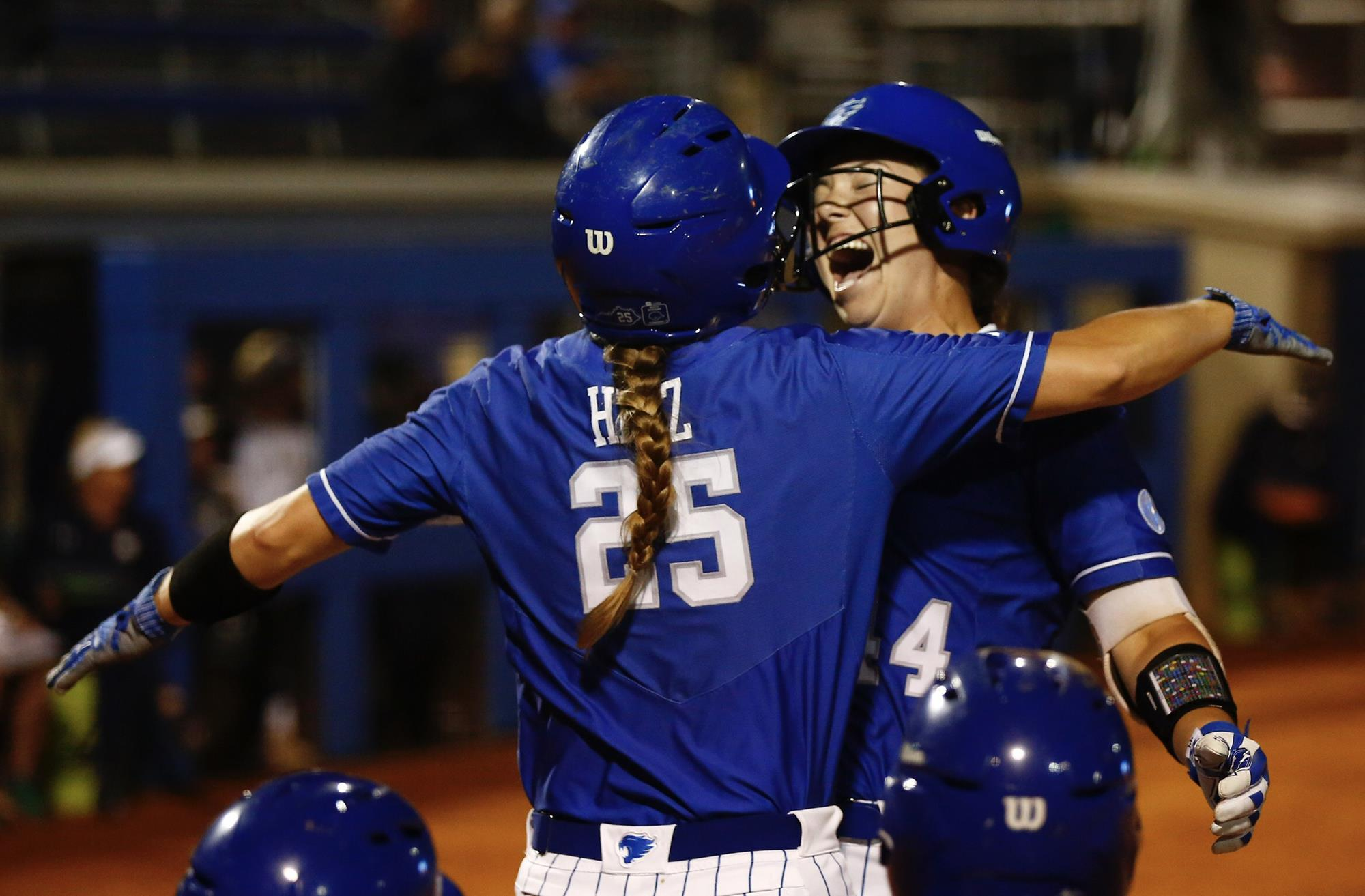 LEXINGTON, Ky. – Senior Rachael Metzger hit a pinch-hit grand slam off the camera lift in left field in the top of the fourth inning and freshman pitcher Grace Baalman threw a complete-game shutout as the No. 16 Kentucky Wildcats run-ruled Notre Dame 10-0 in five innings in the winner’s bracket game of the 2018 NCAA Lexington Regional.

With the win, Kentucky is now 2-0 on the weekend and advances into the Lexington Regional final and will play the winner of Sunday’s elimination game between Michigan and Notre Dame. The elimination game will start at Noon ET, followed by game one of the regional final at 2:30 p.m. ET live on ESPN3. Should Kentucky lose – the if-necessary game would be played on Monday at a time determined by the NCAA later.

The grand slam hit by Metzger was the second of her career and first of the season. She stepped in to pinch hit with the bases loaded and one out and blasted an 0-1 pitch high and deep over the wall in left to take a 2-0 lead and make it 6-0.

In the circle, it was another efficient day for Baalman, who needed just 58 pitches to breeze through the game, allowing no runs and two hits, while striking out one.

Key Play
No doubt about this one – as Rachael Metzger’s grand slam was the key moment of the game. Metzger capped off a great day for UK catchers, as Jenny Schaper hit a grand slam in game one also got in on the action. Metzger and Schaper on the day combined to go 2-for-5 with three runs score, two walks, eight RBI and two grand slams. Not bad.

Key Player
Abbey Cheek was the key player in the game, going 2-for-3 at the plate with three RBI. Her two-RBI double off the wall in right to score Erin Rethlake and Jenny Schaper were the opening two runs of the game in the top of the third inning.

Run Recap
Abbey Cheek got the scoring started in the top of the third inning with a two-run double off the wall in right field to score Erin Rethlake and Jenny Schaper. UK 2, ND 0

A pair of hits by Brooklin Hinz and Mallory Peyton coupled with a walk to Lauren Johnson loaded the bases with nobody out to begin the Kentucky fourth inning. Rachael Metzger then stepped up and hit a pinch-hit grand slam over the wall in LF. Katie Reed then tripled to the wall in left center and was brought in by Abbey Cheek to make it six runs on six hits. UK 8, ND 0

In the top of the fifth, Brooklin Hinz led off with a triple and then scored on a Mallory Peyton RBI single up the middle. The Wildcats picked up a 10th run thanks to an RBI groundout to the right side by Erin Rethlake to close out the scoring. FINAL – (16) Kentucky 10, Notre Dame 0 (5 innings)