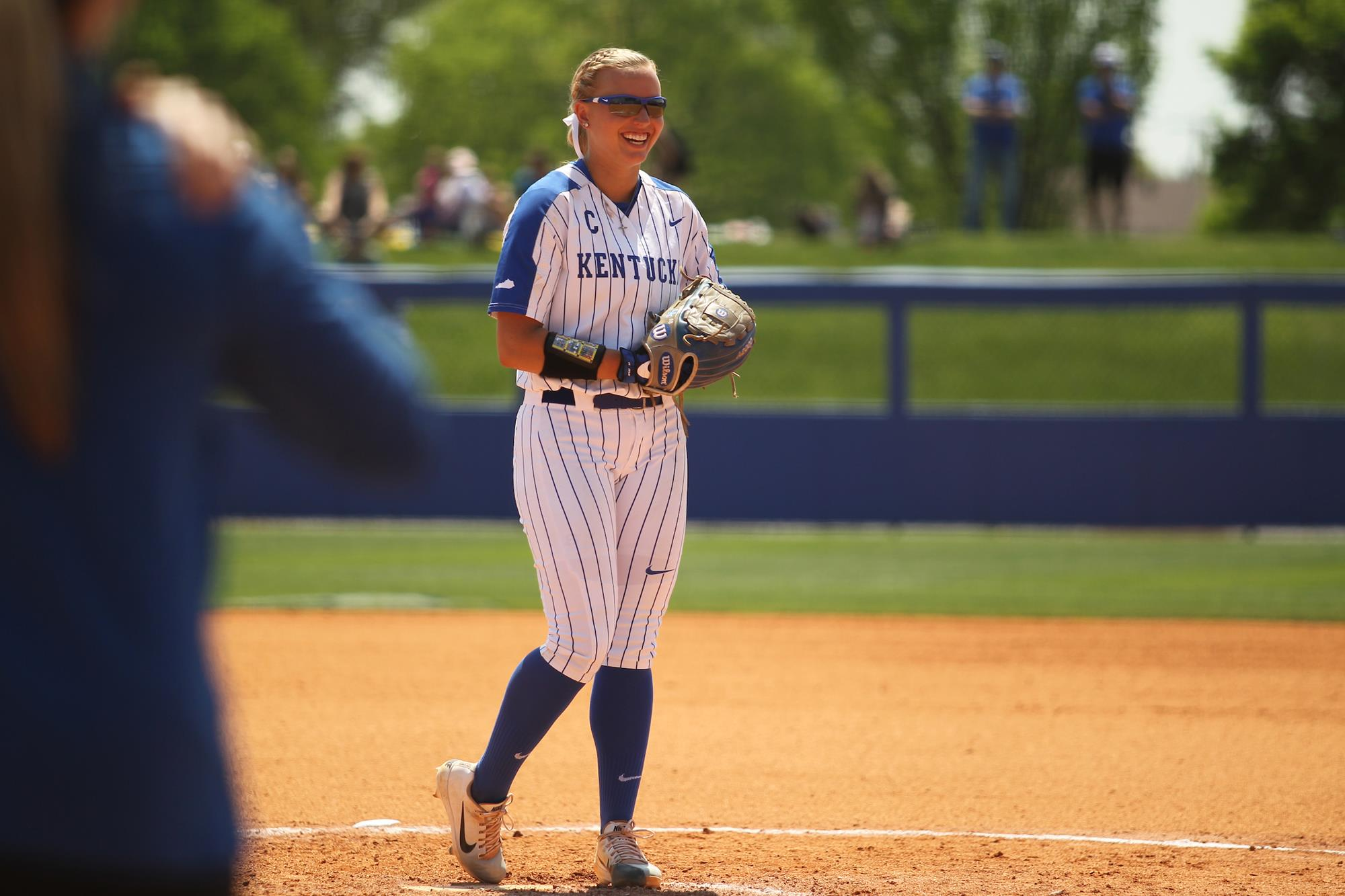 LEXINGTON, Ky. – Erin Rethlake made the most of her Senior Day, throwing a complete game in the circle and clinching a spot in next week’s Southeastern Conference Tournament with an 8-4 win over the No. 12 South Carolina Gamecocks, clinching UK’s second series win of the season.

Rethlake went the distance on 137 pitches in her final regular season affair at John Cropp Stadium, allowing three earned runs on nine hits, three walks and striking out five to improve her record to 9-4 this season.

The win for Kentucky not only wrapped up a spot in the 2018 SEC Tournament, but also put a bow on the Wildcats second SEC series win of the season (No. 8 LSU). Kentucky won game one on Friday night thanks to a grand slam from freshman Mallory Peyton in the bottom of the first inning.

In the second game of Sunday’s doubleheader, South Carolina scored seven runs in the top of the third inning to win, 9-3.

The SEC Tournament times and bracket will be unveiled by the league office on Sunday night.

Game 1 – #19 Kentucky 8, #12 South Carolina 4
Key Stat
8. Freshman Mallory Peyton capped off an 8-RBI weekend, the most of her career, by far. After a grand slam on Friday, Peyton hit a critical three-run home run in game two and then had an RBI SAC fly in game three.

Key Play
Katie Reed’s RBI double to the wall in left center field to give UK a 3-2 lead was the critical play in the game, as the Wildcats would then tack on three more after Peyton’s HR. Reed’s hit was the first in her last 16 at bats, and scored Jenny Schaper.

Key Player
Erin Rethlake on Senior Day stepped up with a complete-game in the circle.

Run Recap
Kentucky’s Abbey Cheek had a sacrifice fly in the bottom of the first inning to put UK up 1-0. UK 1, USC 0

In the bottom of the second inning, Brooklin Hinz hit her third home run of the season to straight-away center to make it a 2-0 lead for the Wildcats. UK 2, USC 0

South Carolina tied the game in the top of the third inning on a two-run home run from Alyssa VanDerveer. UK 2, USC 2

After Jenny Schaper led off with a single, Katie Reed doubled to the wall in left center to score Schaper and put UK up 3-2. That was followed by a three-run home run off the bat of Mallory Peyton to put the Wildcats up four. The Wildcats then hit around and RBI singles by Schaper and Reed brought home Vick and Schaper to put up a six spot in the inning. UK 8, USC 2

South Carolina scored a run on a wild pitch in the top of the sixth. UK 8, USC 3

The Gamecocks mounted a threat in the seventh, but a Gamecock runner was tagged out in a rundown between Schaper and Cheek along the third-base line to end the game. FINAL – #19 Kentucky 8, #12 South Carolina 4