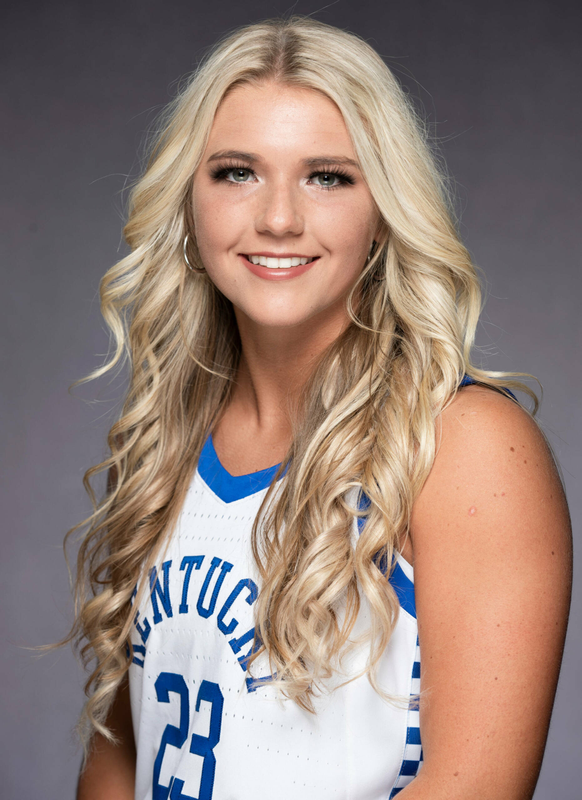 In-state prospect that has worked hard to come back from injuries for a successful high school career … Gym rat that is always in the gym and has a high motor … Committed to Kentucky early on in the process … Will provide depth at the guard position and had great leadership skills … Chose Kentucky over several offers.

High School
An in-state prospect that has been committed to Kentucky for several years … Helped her team to a 22-10 record as a senior, advancing to the disctrict championship game and region tournament … Averaged 16.1 points and 3.8 rebounds per game as a senior, hitting a team-best 68 3-pointers … Shot 46 percent from 2-point field goals and 40 percent from 3 as a senior … Shined as a junior at Shelby Valley High School after playing just six games as a freshman and 19 as a sophomore due to injuries … Helped her team last season win the 15th Regional All “A” Classic as Shelby Valley went 12-11 overall and 11-6 in its region … Plays at Shelby Valley for her father, Lonnie Rowe … Averaged 12.9 points per game last season, hitting 44 3-pointers … Shot over 45 percent from the field overall, including 41.1 percent from long range … Also averaged three rebounds per game last season … In limited time as a sophomore due to injury, she averaged seven points per game and hit 36.5 percent from long range … Helped the team to the 59th district championship her sophomore season, while they also advanced to the 15th region championship game before losing by one point … Played in 65 total high school games as a seventh and eighth grader … As an eighth grader, she averaged 9.9 points per game and hit 53 3-pointers, shooting 36.8 percent from long range … As a seventh grader, she averaged 7.5 points per game and hit 35 percent from long range … Has been committed to Kentucky since she was a freshman in high school.