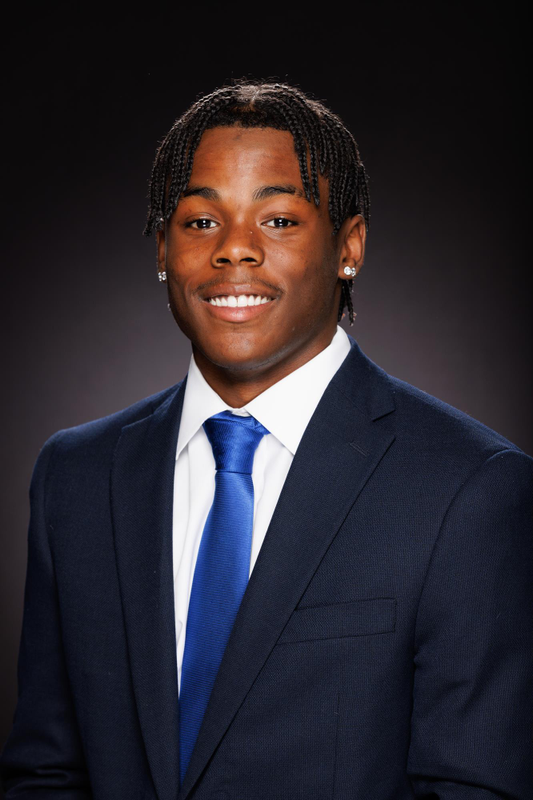 High School
• Rated a three-star prospect by 247sports
• Ranked the No. 19 prospect in Michigan and No. 65 cornerback nationally by 247sports
• A two-way player at defensive back and wide receiver for head coach Ron Bellamy at West Bloomfield
• Voted team captain as a senior
• Totaled 23 tackles, 16 pass breakups, three interceptions and three forced fumbles on defense and 500 receiving yards and eight scores on offense in 2020
• Led the Lakers to the 2020 Division I state championship title
• Named first-team All-State by the Detroit Free Press and the Detroit News
• Named to the All-Oakland Athletic Association Team in 2020
• Helped West Bloomfield to a 10-2 record as a junior in 2019
• Current UK running back Tyler Markray also hails from West Bloomfield
• Picked Kentucky over offers from Arkansas, Minnesota, Purdue, Rutgers, Virginia Tech and others due to “the coaching staff and the relationship we built.”
• Also lettered in track and basketball
• Honor roll student
• Member of the school’s choir

Maxwell Says
• His nickname is “Mad Max”• Other than play in the NFL, his dream job is to be a businessman or coach
• He chose Kentucky because he saw an opportunity he couldn’t resist
• One thing most people don’t know about him is that he can sing
• One word to describe him on the fi eld is “greedy”