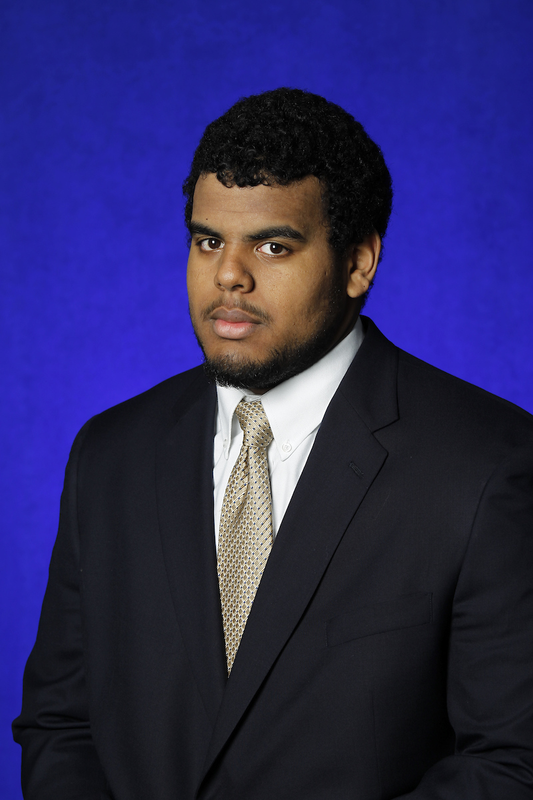 Has the potential to be one of the top linemen in the SEC, if not the nation, if he continues to progress … Has received some preseason All-America notice … Has earned second-team All-SEC honors the last two seasons … Has notable speed and quickness for a player his size … Quickness, combined with power, has enabled him to lead the team in knockdown blocks the last two seasons … Has played in 35 games, starting 25 in a row … Had an educational/service trip to Ethiopia in May … Cousin of former UK cornerback Paul Warford.

2011 (Junior): Received second-team All-SEC honors from multiple selectors … Started every game for the second season in a row … Led the team in knockdown blocks with 34 … Graded at 87.5 percent for the season and allowed only one sack … Was on the watch lists for the Outland Trophy and the Lombardi Award as the nation’s best lineman.

2010 (Sophomore): Received second-team All-SEC honors from multiple selectors … Started every game … Led the team in knockdown blocks with 43 … Outstanding block down the field on a screen pass vs. USC allowed Donald Russell to run into the redzone and set up a UK touchdown … Had an incredible block vs. Akron that allowed Raymond Sanders to score untouched … A key part of the UK offensive line that ranked second in the SEC in fewest sacks allowed.

2009 (Freshman): Member of the SEC All-Freshman Team as chosen by the league coaches … Played in 10 games, mostly as a reserve at right guard.

High School: The first verbal commitment of Kentucky’s 2009 signing class was a two-year all-state honoree … First-team all-state senior year by The Associated Press and Louisville Courier-Journal … Named to the Lexington Herald-Leader “Class of the Commonwealth” listing of the top-22 seniors in Kentucky … Second-team all-state as a junior by AP … Two-year all-region and all-district honoree … Played his junior and senior seasons at offensive tackle for Madison Central HS after moving to Kentucky from California … Helped MCHS to a 9-3 record his senior year, going to the second round of the state playoffs … Coached at Madison Central by Kenny Turner … “Larry is a very powerful blocker at the point of attack. He has size, speed and agility. He has excellent feet and gets downfield to make blocks. He’s also an intelligent player with good football instincts,” Turner said … Earned a starting job as a sophomore offensive tackle at Oceanside (Calif.) HS … Although he played tackle in high school, he was listed as one of the nation’s top 30 offensive guards, and the No. 4 prospect in Kentucky by Rivals.com … One of the country’s top 50 OGs by Scout.com … No. 5 prospect in Kentucky by SuperPrep … Played in the Kentucky East-West All-Star Game … Played basketball in California but concentrated on football when he moved to Kentucky.

Community Cats: Participated in the Big Blue U Move-In (2011).