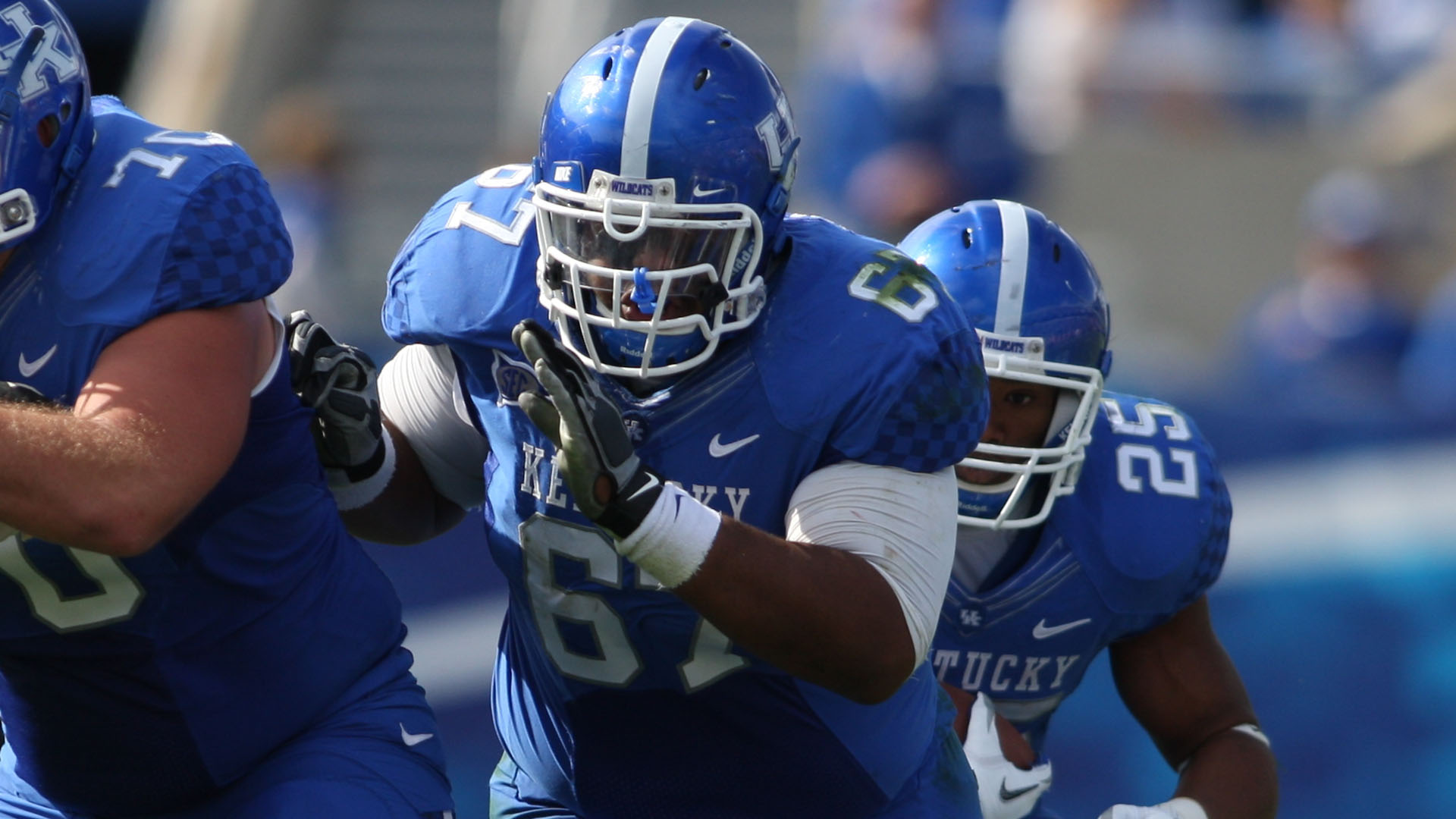 The Polynesian Football Hall of Fame unveiled its Class of 2023 Tuesday and Kentucky offensive line legend, Larry Warford, was named of the three Inductees. Warford, who has Samoan ancestry, joins Manti Te’o of Hawaiian and Samoan Ancestry and Harry Montague-Field of Hawaiian Ancestry.

Warford, a 2021 UK Athletics Hall of Fame inductee, played for the Wildcats from 2009-12 and was one of the greatest offensive linemen in Kentucky history. He earned all-star recognition all four years at UK, earning All-America Third Team honors as a senior from the Associated Press and Phil Steele’s College Football. He also was All-SEC First Team as a senior by ESPN.com and CBSsports.com and was named All-SEC Second Team as a junior and sophomore. Additionally, he was named to the Sophomore All-America Team by College Football News and Freshman All-SEC by league coaches. He helped UK to two bowl games and did not allow a quarterback sack and graded over 90% during his senior year.

The Inductees were selected from a field of over 100 nominees and eight finalists by the Polynesian Football Hall of Fame Selection Committee which includes former NFL Player and inaugural inductee Jack Thompson (Chairman), coaches Ron McBride and Dick Vermeil, past NFL player and inaugural inductee Olin Kreutz, past NFLPA President and inaugural inductee Kevin Mawae, former NFL Player and Class of 2015 inductee Ray Schoenke, ESPN Sportscaster Neil Everett, and NFL Network writer and commentator Steve Wyche. In addition to the selection committee, all living Polynesian Football Hall of Fame inductees casted a vote to select the Class of 2023.