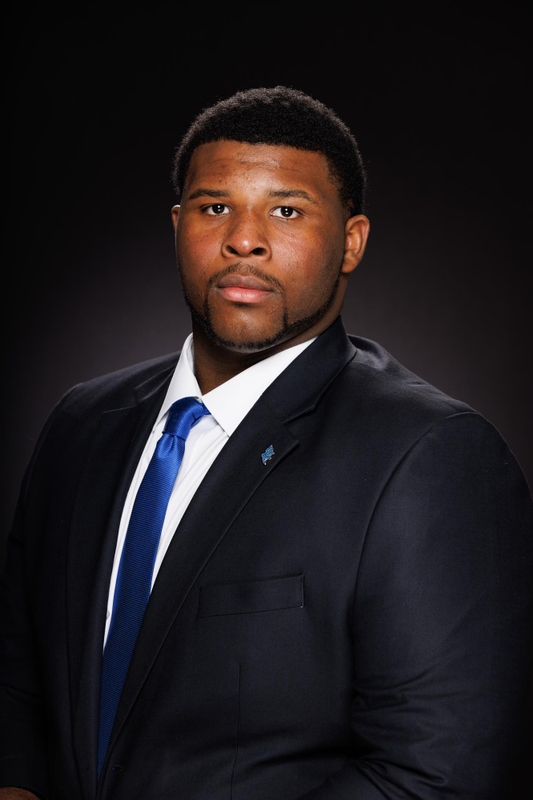 High School
• A five-star recruit who is ranked as the top offensive tackle in the nation and No. 1 recruit from Indiana
• Ranked the No. 2 offensive tackle and No. 13 overall player in the 2022 class by 247Sports
• Ranked as the No. 5 offensive tackle and No. 30 player based on rankings of multiple recruiting services
• Listed as the state of Indiana’s No. 2 recruit by Rivals
• Played at Holy Cross in Louisville, Kentucky as a freshman and was named to the MaxPreps Freshman All-America team
• Transferred to Ballard High School in Louisville as a sophomore before ending his prep career at Charlestown High School in Indiana
• Coached by Jason Hawkins at Charlestown … Hawkins said of Goodwin, “He’s got a great attitude and he’s fun to be around. His work ethic is really good. He practices hard and when he gets to the game he can move. He looks like a semi and runs like a Camaro.”
• Selected to play in the 2022 All-American Bowl
• Had more than 60 scholarship offers but ultimately chose Kentucky over Alabama, Michigan State and Texas A&M

Kiyaunta Says
• His nickname is “K.G.”
• He chose Kentucky because it’s home and he loved the people and the program
• Other than playing in the NFL, his dream job is to be in real estate
• Most people don’t know that he can play four musical instruments (trombone, clarinet, base clarinet and trumpet) and is learning a fifth (guitar)
• Three words to describe him are protector, caring, and selfless