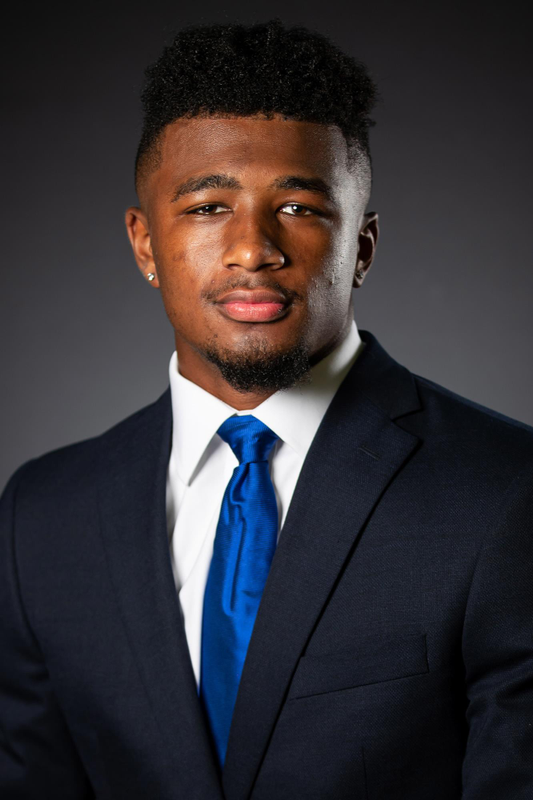 2021 – Sophomore
• Moved from wide receiver to tight end during fall camp
• Played in all 13 games with two starting assignments (Missouri and Georgia) … Got his first career start vs. Missouri
• Totaled 14 receptions (fourth on the team) for 195 yards (third on the team) and three scores
• Averaged 13.9 yards per catch
• Caught two passes for 27 yards, including a 22-yard TD at Vanderbilt
• Set career highs with four catches for 75 yards against Tennessee, including the second touchdown catch of his career
• Caught three passes for 22 yards at No. 1 Georgia
• Caught his first collegiate touchdown pass, a 31-yard play in the fourth quarter, vs. UTC
• Caught first career pass for seven yards in the season opener vs. ULM
• Dean’s List (Fall 2021)
• Named to SEC Fall Academic Honor Roll

High School
• Three-star prospect by all three major recruiting services
• A top-10 prospect in the state of Kentucky and rated the No. 86 wide receiver by 247Sports
• Named Kentucky Football Coaches Association 6A Player of the Year
• Candidate for Kentucky’s Mr. Football award
• Named to the 2019 Class of the Commonwealth by the Lexington Herald-Leader
• First-team All-State by the Courier-Journal
• Three-year starter who finished his career with 109 receptions for 1,965 yards and 27 touchdowns
• Had a team-high 57 receptions for 1,100 yards and 15 touchdowns in 2019, helping the Bulldogs go 14-1 overall
• Named Class 6A Player of the Year by the Kentucky Football Coaches Association
• Helped Male advance to back-to-back appearances in the Class 6A State Championship
• Won the title in 2018
• Combined for 23 receiving TDs in his last two seasons of football
• Ranked fifth in Class 6A in receiving yards and sixth in receptions despite playing three fewer games than the state leader
• Coached by Chris Wolfe
• Averaged nearly 20 yards per reception and 96.0 yards per game
• Ranked in the top 20 of all class levels in receptions and receiving yards
• Has a 38-inch vertical leap
• Also an honor-roll student and participated in track and basketball
• Chose Kentucky over Louisville, Indiana, Purdue, Virginia, Cincinnati , Missouri and others

Personal
• Born in Louisville, Kentucky
• Son of Andra and Natasha Cummings
• Has two sisters, Mia and Nia
• Major is pre-management
• One of three representatives for UK football on the Student-Athlete Advisory Committee (SAAC)

Izayah Says
• He chose Kentucky because it was close to home and because of his relationship with the coaches
• Three words to describe him are smart, quiet, and talented
• The best advice he’s ever received is “someone right now is working to take your spot”
• His dream job is to own his own business and help out the next generation
• Besides football, he’s also good at playing basketball and video games