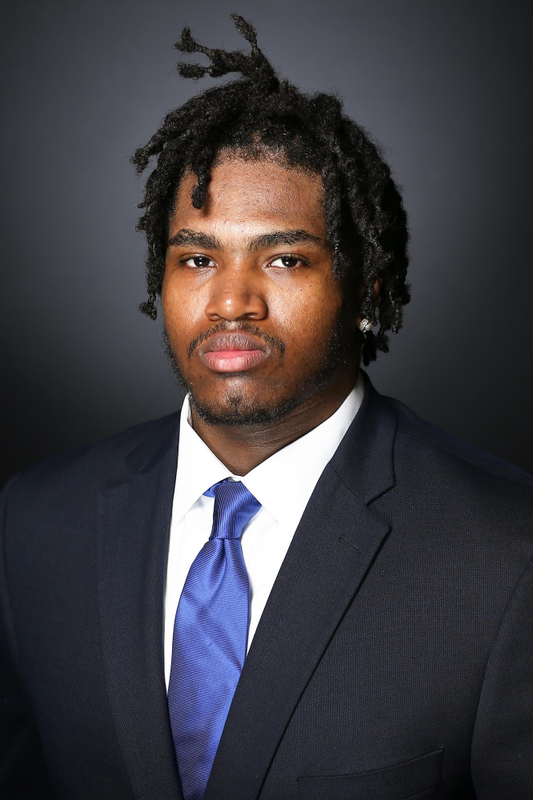 High School
• Four-star recruit by 247 Sports Composite rankings
• A Detroit News Blue Chip top-10 recruit
• Ranked the No. 24 offensive tackle in the 2020 class and No. 7 prospect in Michigan by 247Sports
• Coached by Tyrone Spencer
• Helped Detroit King win two Division 2 state titles in his four-year career
• Led Detroit King to the Detroit Public School League championship title in 2019, finishing with an 11-3 overall record
• Named to the Detroit News All-State First Team
• Earned Offensive Lineman of the Year in 2019 by Detroit PSL
• Earned the highest offensive GPA as a junior
• Picked Kentucky over Missouri and Pittsburgh, Purdue and Arizona and held offers from Auburn, LSU, Penn State, Tennessee and Miami

Deondre Says
• Nickname is “Deon”
• He chose Kentucky because he loves the university, the coaches, and the SEC
• The thing he looks forward to the most this season is learning, growing, and dominating
• His hidden talent is art
• Three words to describe him on the fi eld are physical, smart, and dominant