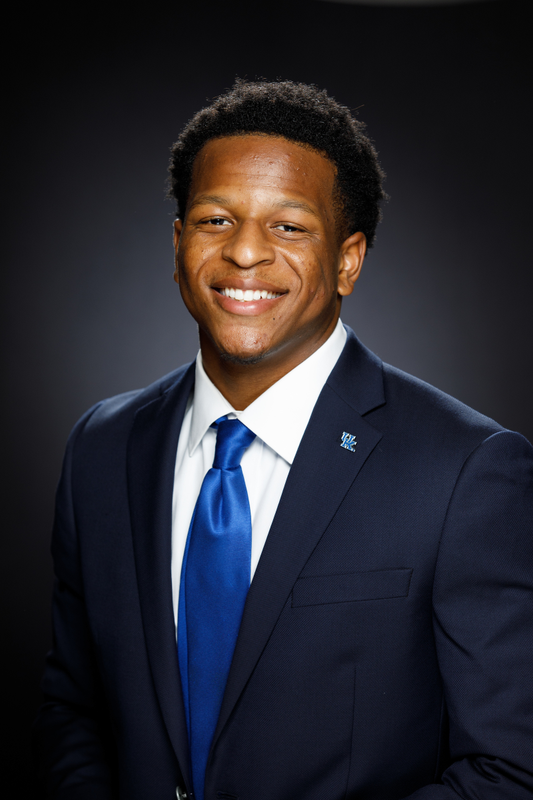 2021 – r-Freshman
• Played in nine games and had three tackles (one each vs. Georgia, New Mexico State and Iowa)

2020 – Freshman
• Mid-year enrollee
• Redshirt season
• Saw his first collegiate action vs. Mississippi State and also played vs. Vanderbilt, Florida and South Carolina
• Got his first career tackle vs. the Gamecocks

High School
• Three-star recruit who has been rated the No. 8 overall player in South Carolina by 247Sports and Rivals
• As a senior, had 38 total tackles, eight pass breakups, two interceptions and a fumble recovery under head coach Harris Cabaniss
• Earned 5A first-team All-State by the South Carolina Football Coaches Association
• Selected to the Shrine Bowl of the Carolinas
• Also a three-year letter winner in track and field as a triple jumper, ranking No. 1 nationally in 2020
• Two-time All-State and three-time All-Region selection for the triple jump
• Won the 2019 spring state championship title with a jump of 49’4″
• Picked Kentucky over Tennessee, Virginia Tech, Louisville, N.C. State and Georgia

Personal
• Born in Birmingham, Alabama
• Son of Carlos and LaTonya Phillips on of Carlos and LaTonya Phillips
• Siblings are C.J., Ben and Shelby
• Comes from a family of athletes as father, Carlos, played linebacker at Kentucky under Jerry Claiborne; mom, LaTonya, was a standout athlete at Danville High School; brother, C.J., played football at Morehead State in 2015
• Originally from Louisville, Kentucky
• Major is pre-integrated strategic communication

Andru Says
• His nickname is “Dru”
• He chose Kentucky because it’s felt like home
• One word to describe him on the field is “explosive”
• When he played football as a kid, he pretended to be Tyrann Mathieu
• The thing he looks forward to the most this season is making plays