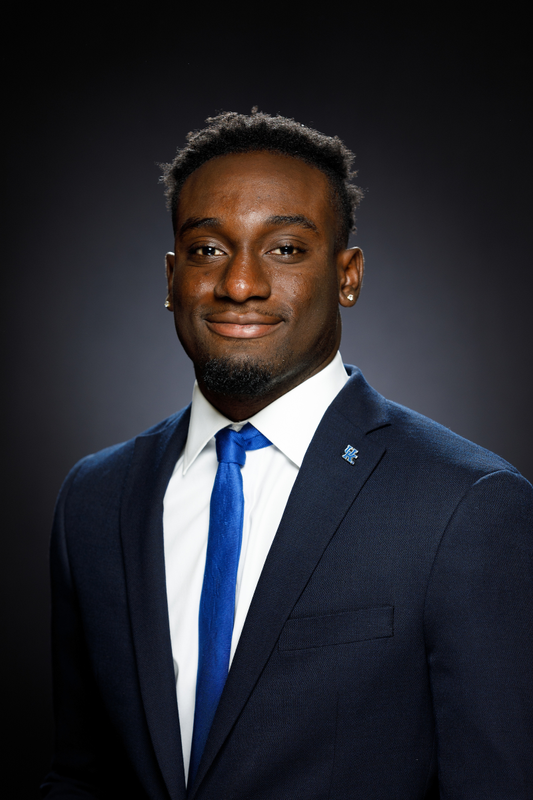 High School
• Rated a four-star by Rivals, 247Sports and on3.com
• 247sports ranked him as the No. 214 overall player in the nation and No. 9 athlete
• Ranked as the No. 34 cornerback in the nation and No. 12 player in Ohio by Rivals
• on3 had him No. 25 nationally and No. 12 in Ohio
• Named first-team Division I All-Ohio by the Ohio Prep Sportswriters Association and first-team All-City Division I by the Southwest Ohio Football Coaches Association in 2021 after leading the Firebirds to an 11-2 overall record
• Had 60 tackles and six touchdowns as a senior
• Helped Lakota West win the Greater Miami Conference as a junior with 16 tackles and pair of interceptions, one for a touchdown
• Earned first -team All-Conference, All-Southwest Ohio and All-State honors
• Coached by Tom Bolden
• Participated in the Under Armour All-American camp last summer
• Also a two-year letter winner in basketball as a small forward
• Selected UK over Michigan State and Cincinnati

Alex Says
• His nickname is “A2”
• He chose Kentucky because of the people
• Three words to describe him are humble, respectful, and funny
• The one thing most people don’t know about him is that he speaks fluent Twi (a dialect of the Akan language spoken in southern and central Ghana)
• His favorite family recipe that he likes to eat and make is jollof rice