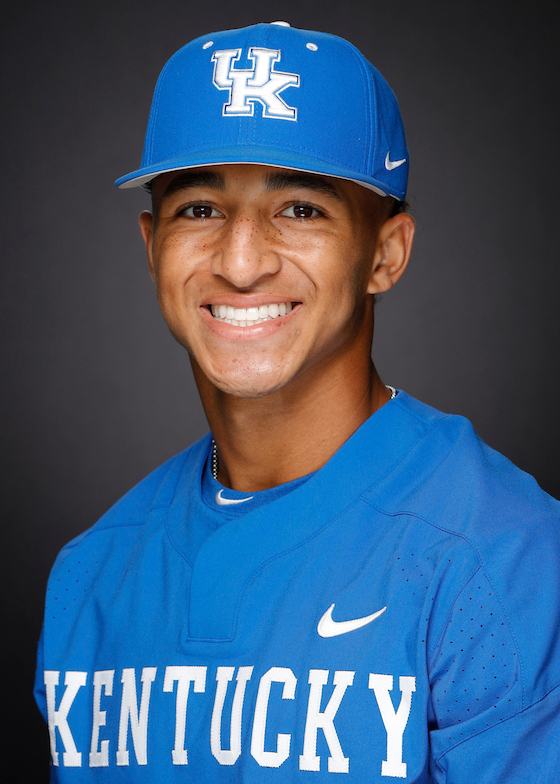 Prep Baseball Report scouting: “Elite defender with great actions, super soft hands, good range at shortstop.”
Prospects Live scouting: “The entire package is as tantalizing as it gets for the position. Ritter looks the part. He looks like a pro shortstop. Ritter has first round written all over him.”
D1 Baseball scouting: “He’s a game changer on defense and it’s easy to envision him winning Gold Gloves at the professional level.”

2021 SUMMER
Played for the Cotuit Kettleers of the famed Cape Cod League, earning All-League honors…Appeared in 34 games, including three playoff contests…Ranked fourth in the league in batting during the regular season with a .330 mark…Scored 19 runs, drove in eight, had four doubles, one triple and one home run…Walked 15 times and stole three bases as part of a .410 on-base percentage…Exploded over the final few weeks of the season, turning in a 12-game hit streak that included seven multi-hit games while raising his batting average more than 100 points.

2021
Started all 52 games at shortstop…Batted .275 in 178 at-bats with 21 runs, 49 hits, five doubles, one triple, three home runs, 11 walks and three hit by pitch…Drove in 20 runs and stole eight bases in eight attempts…Added a team-high six sacrifices and three sacrifice flies…Had a .323 on-base percentage…Six of his stolen bases came in SEC play…Claimed his first hit in the season opener vs. Miami (Ohio)…Had the only four-hit game by a UK player in 2021 on Mar. 16 vs. Murray State…Delivered a virtuoso performance in a win at No. 5 Louisville on Apr. 6…He went 3-for-4 with three runs, a double, a home run and six RBI while also delivering three dazzling defensive plays that saved at least three runs. It was just the seventh time since the beginning of the 2011 season a Wildcat had 6+ RBI…Had 13 multi-hit games overall, eight in SEC play…Did not make an error over his final 25 games (85 chances).

2020 SUMMER
Played for the Fond Du Lac Dock Spiders of the Northwoods League…Was teammates with fellow Wildcats John Rhodes and Zack Lee…Batted .259 in 85 at-bats across 29 games…Collected 22 hits, scored 11 runs and smacked five doubles while driving in 19 runs…Walked 15 times and was hit by five pitches as part of a .385 on-base percentage…Posted six multi-hit games.

JUNIOR COLLEGE (2020)
Played 21 games for John A. Logan (Ill.) College, the same school that produced former UK pitcher Zach Haake…Gathered 79 at-bats in the pandemic-shortened season…Batted .342 with 19 runs, 27 hits, five doubles, two home runs and 19 RBI…Stole 10 bases in 12 attempts…Walked 10 times and struck out 17…Recorded a .905 OPS, including a .481 slugging percentage…Opened his collegiate career with a two-hit, three-RBI performance…Produced seven multi-hit games, including a 4-for-4 effort with four RBI, three steals and a walk on March 5…Was getting hot when the season was cut short, batting .407 in the month of March…Was ranked the No. 4 overall and top junior college shortstop by Prep Baseball Report…

HIGH SCHOOL
Played for coach Eric Brauer at Lincoln-Way East (Ill.) HS…Was named all-state in 2019…Helped lead Lincoln-Way East to a regional championship in 2018 and conference titles in both 2018 and 2019…As a senior in 2019 batted .429 with 13 doubles, three triples, four home runs, 41 runs and a .724 slugging percentage…Also excelled on the basketball court and football field as a three-sport star.

PERSONAL
Full name is Ryan Michael Ritter…Born in Evergreen Park, Ill….Son of Ken and Maureen…Oldest of seven children…Earned High Honor Roll status in 2019…Chose UK because of his connection with the coaching staff, as well as its plan for the next few seasons.