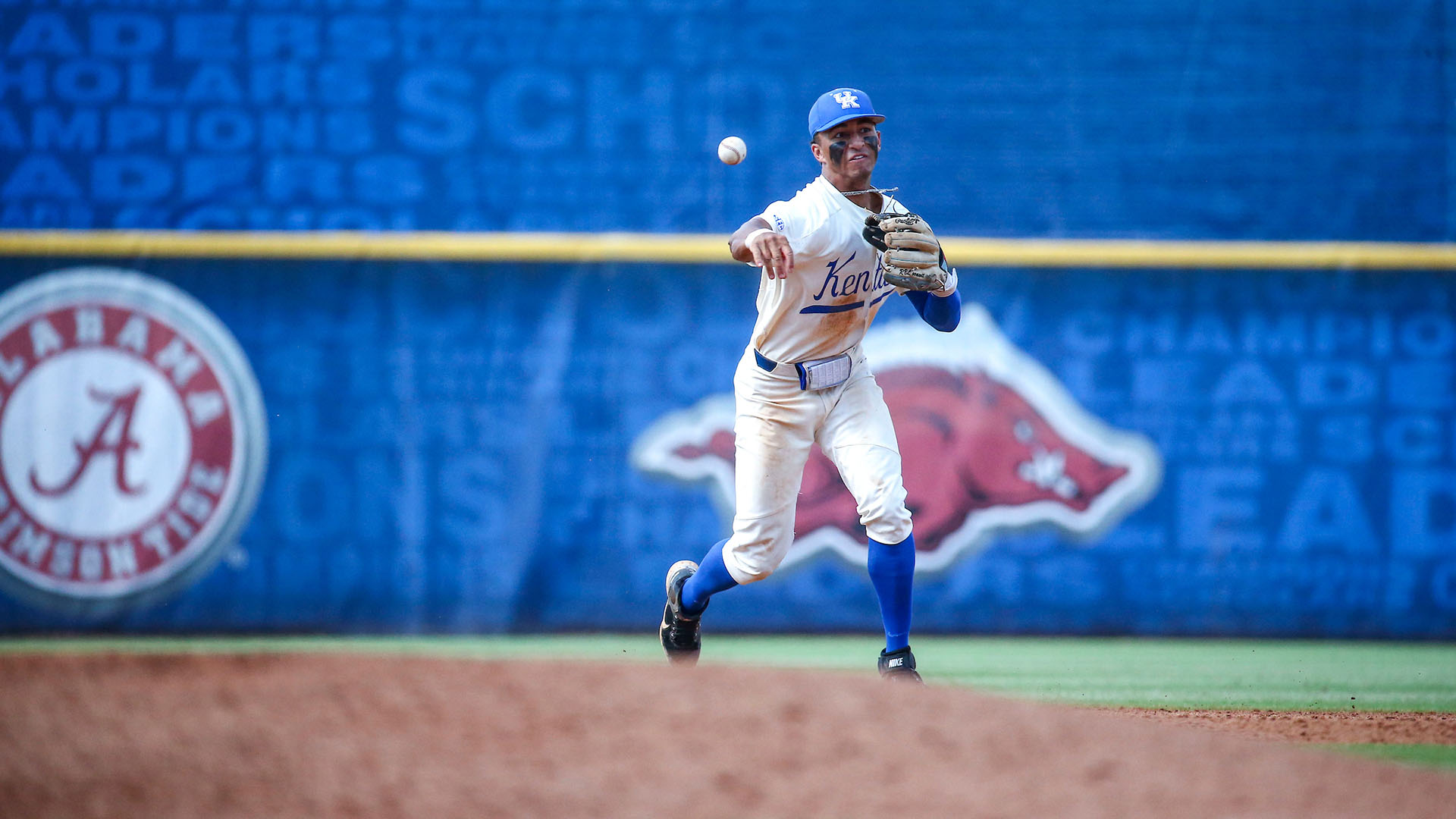 LEXINGTON, Ky. – Shortstop Ryan Ritter was selected by the Colorado Rockies in the fourth round of the 2022 Major League Baseball Draft with the No. 116 overall pick, making him the first of four Wildcats and one signee taken in the first 10 rounds of the draft.

UK now has had 29 total draft picks under head coach Nick Mingione and his staff since 2017, including 19 in the top 10 rounds.

Ritter, a junior from the Chicago area became the sixth Wildcat to win the prestigious Rawlings Gold Glove Award this season as the nation’s top defensive shortstop. He also was named to the Southeastern Conference All-Defensive Team as he continued to put on daily displays of his defensive wizardry at shortstop. He also added 24 extra-base hits and 15 stolen bases.

Guilfoil, a Lexington native who transferred back home after last season, turned in arguably the best season in history by a Kentucky reliever. He had a 1.59 earned run average and six saves in 51.0 innings while striking out 14 batters per nine innings and holding opposing hitters to a .156 batting average. He had a microscopic 1.34 ERA in 40.1 Southeastern Conference innings.

Harney, a senior from Natick, Massachusetts, led the team in wins in 2022 with five, a season after he had three wins and six saves. He went 5-4 with a 2.62 ERA and two saves in 65.1 innings pitched over 16 appearances (five starts). He was brilliant in his elimination game start in the SEC Tournament, a victory over No. 20 Auburn. He pitched seven shutout innings as UK became the first 12-seed to win a game at the SEC Tournament.

In two seasons at UK after transferring from UMass he went 8-6 with a 3.06 ERA and eight saves in 111.2 innings. He ranks fifth on the school’s all-time list for career ERA for pitchers with at least 75 IP.

Estep, a Corbin, Kentucky native, exploded on the scene this season. He earned SEC and National Player of the Week honors, was voted Second-Team All-Midwest District by the ABCA and Rawlings and was invited the MLB Combine before the draft. He batted .302 with 57 runs, 17 doubles, 13 home runs, 49 RBI and stole 16 of 20 bases. He had 18 multi-hit games and reached safely in 54 of 59 games.

For his career he had 43 extra-base hits and joined UK’s career 100-Hit Club while stealing 22 bases.

Signee Tommy Specht was selected in the sixth round by the Texas Rangers and now must decide whether to gin a professional contract or fulfill his commitment to UK.