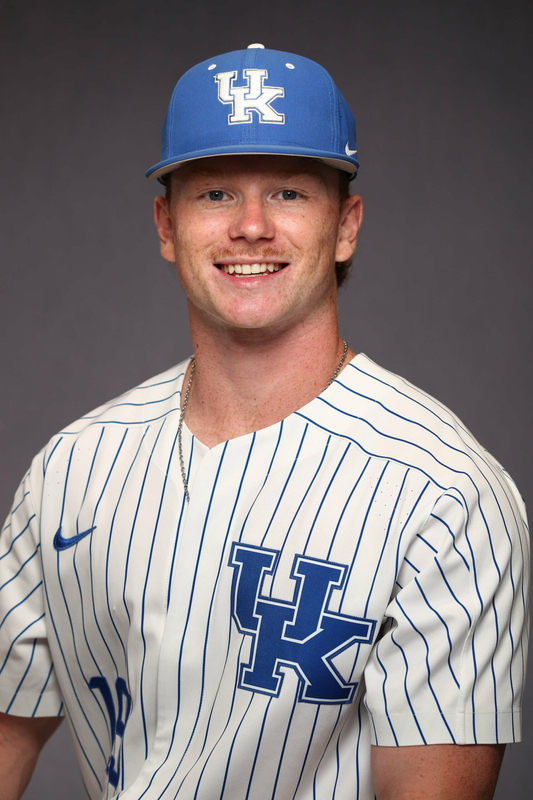 Earned All-League and all-star honors while playing for the Lincoln Potters of the California Collegiate League…Batted .310 in 119 at bats…Scored 23 runs and drove in 32…Clubbed 10 doubles, one triple and seven home runs…Stole seven bases…Had an OPS of .969…His last five games were phenomenal: 12-of-19 (.632) with seven runs, two doubles, two homers, a triple and eight RBI.

Appeared in 24 games with eight starts…Batted .182 in 33 at bats with seven runs, one double, one home run and nine RBI…Smashed a grand slam on 2/20 at Jacksonville State for his first collegiate hit…He’s the first Wildcat since T.J. Collett in 2017 to hit a grand slam as first career hit…Threw out a runner at home from left field vs. TCU…Had a career-best three hits versus TCU on March 4…Had career-best five RBI versus Jacksonville State on Feb. 20.

2021 SUMMER
Played for his hometown Kalamazoo Growlers of the Northwoods League…Appeared in 35 games…Batted .269 in 134 at-bats with 36 runs and 21 RBI…Raked six doubles and four home runs…Drew 16 walks and stole four bases…Posted a .385 on-base percentage and .403 slugging percentage as part of a .768 OPS…Reached base safely in 22 of 23 games of the final month of the summer…Had 11 multi-hit games…Even made a July 4 appearance on the mound, pitching a scoreless inning with a strikeout.

PERSONAL
Full name is Nolan James McCarthy…Born in Detroit, Mich. …Son of Jim and Stacey…Has an older sister, Corinne…Excelled academically in high school with GPA over 4.0…Volunteered at SPCA Southwest Michigan…Enjoys cooking…Picked UK because the coaching staff’s record of player development, the baseball facilities and “fell in love” with the campus…Favorite MLB team is the Detroit Tigers.