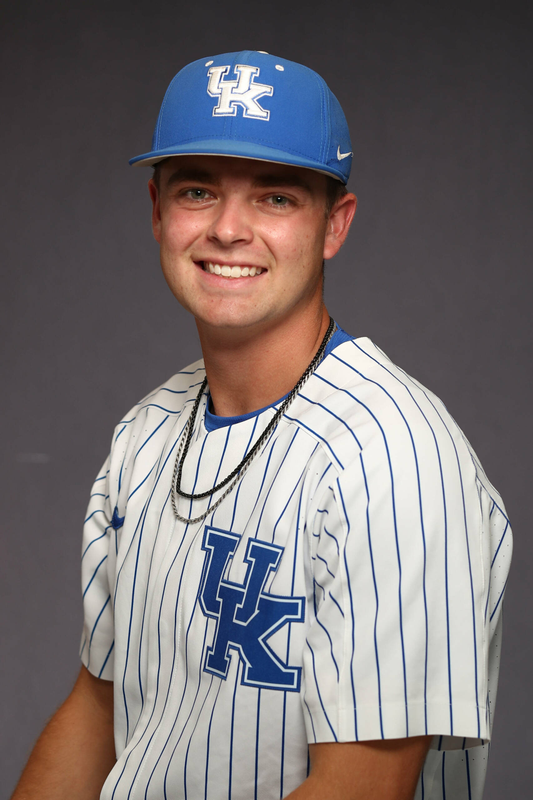 Made 11 appearances for the New Market Rebels of the Valley Baseball League…Posted a 3.62 earned run average in 22.1 innings…Had one save…Opponents batted only .202…Did not allow a run in his first four appearances.

Appeared in four games…Made his collegiate debut on March 11 vs. High Point University…Did not give up a run in day games or games at Kentucky Proud Park…Held opponents without a run in three of four outings.

HIGH SCHOOL
Ranked the No. 90 left-handed pitcher nationally and top lefty in the state of Kentucky by Perfect Game…Also ranked the No. 12 overall player in the Commonwealth…Prep Baseball Report also tabbed him as the top left-hander in Kentucky and the No. 8 overall player in the state…Named a 2020 Preseason High Honorable Mention by Perfect Game… Coached by Wynn Harris at Lexington Christian Academy… Was named First-Team All-City in both 2017 and 2018…Also played first base and outfield…LCA won the 2019 All “A” Region championship for smaller schools…Was a member of the basketball team as well…Played summer baseball with the Kentucky Baseball Club.

PERSONAL
Full name is Evan Daniel Byers…Born in Lexington, Ky…. Son of Kevin and Jill, who both attended the University of Kentucky…Has an older sibling, Alex…First-Team Academic All-State and recipient of Christian Character Award…Active in the community, having worked with the Lexington Miracle League and Dance Blue…Vice President of Lexington Christian’s senior class…Member of the National Honor Society, Beta Club and Mu Alpha Theta…Considers himself a farmer, having purchased and raised cattle…Favorite MLB team is the Cincinnati Reds.