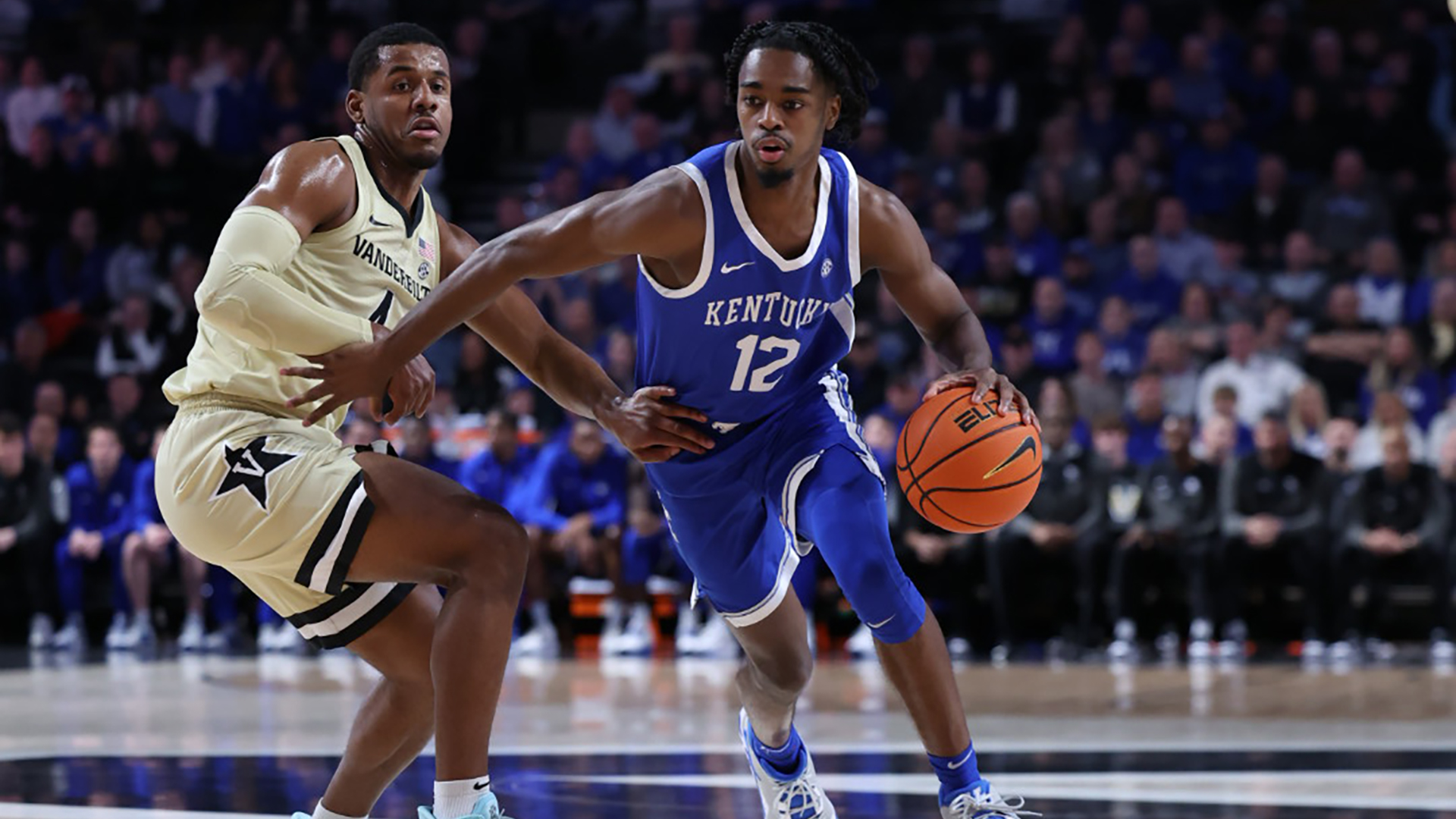 Kentucky head coach John Calipari likes when his teams have great scoring balance. The more players who can produce offensively, the harder the Cats are to guard.

On Tuesday night at Vanderbilt, Kentucky had one of its most balanced offensive efforts of the season so far. Five Cats scored in double figures as UK beat Vandy for the 14th consecutive time, 69-53, inside venerable Memorial Gymnasium.

The last time the Cats had five players score in double figures was in the Dec. 3 win over Michigan in London. Tuesday’s game was the third such game this season.

Antonio Reeves led the Cats with 16 points, while Oscar Tshiebwe had 15 points and 13 rebounds. Jacob Toppin had his fourth double-double with 12 points and 10 rebounds, while CJ Fredrick and Cason Wallace each had 10 points for UK.

Reeves scored in double figures for the sixth consecutive game. In four of those six, he has scored at least 16 points.

The five players in double figures were also very efficient in Tuesday’s win. The quintet combined to shoot 28 of 47 from the field (59.6 percent) including six of 15 (40 percent) from behind the arc.

Kentucky (14-6, 5-3 SEC) was also stingy on the defensive end in this game. The Cats held Vanderbilt to 18 of 55 (32.7 percent) from the floor as the ‘Dores scored their fewest points since they were held to 48 against Southern Miss in the second game of the season (Nov. 11).

One amazing statistic from this game – Kentucky made just one of two at the free throw line. That marks the fewest free throws made and attempted by a Calipari-coached Kentucky team.

Kentucky has now won four in a row and faces yet another Saturday challenge this weekend, hosting No. 9 Kansas in the SEC/Big 12 Challenge. Tipoff at Rupp Arena is set for 8 p.m. and the contest can be seen on ESPN.