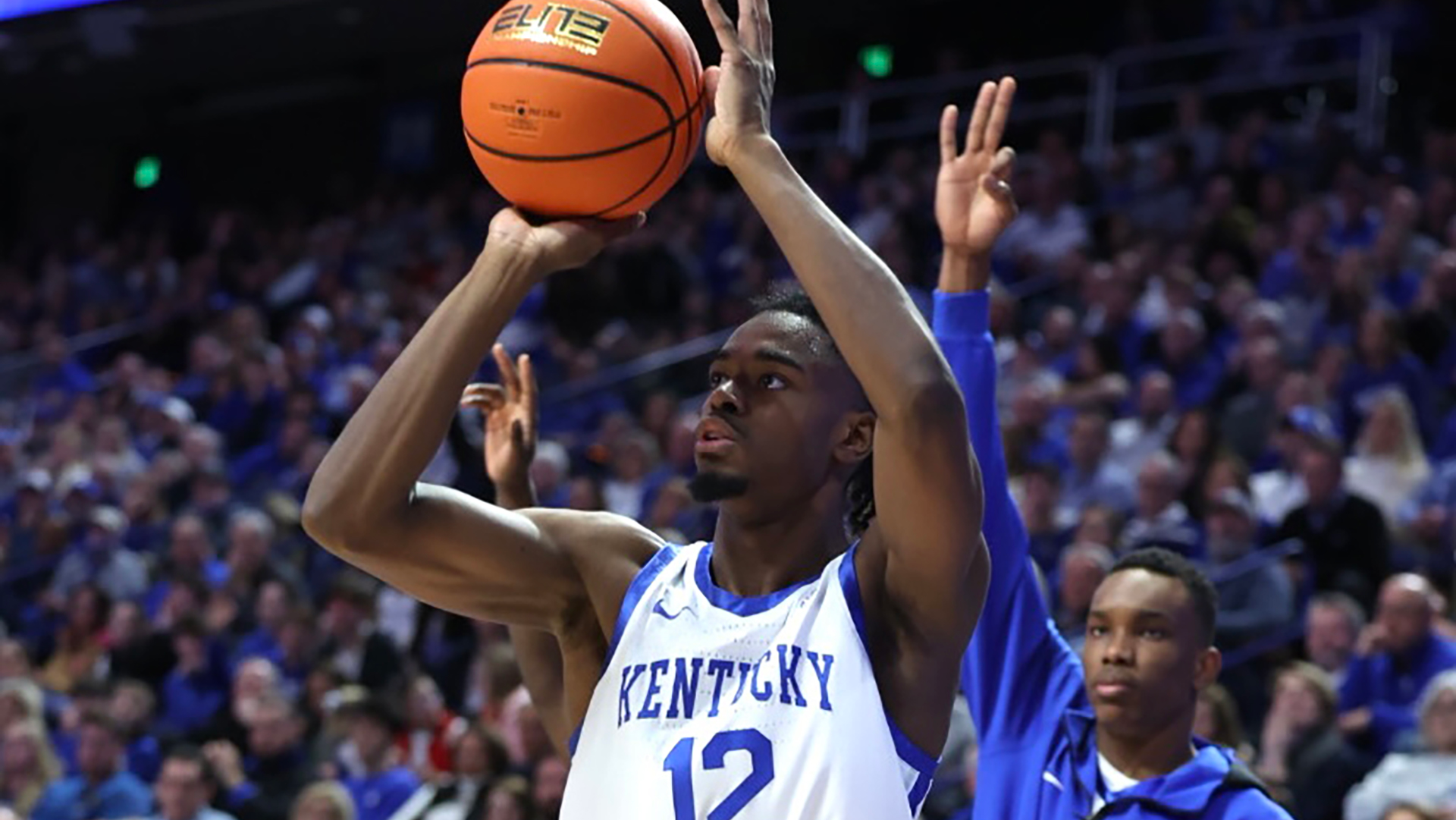 Historically, John Calipari’s teams have not taken a ton of three-point shots. Whether at UMass, Memphis or at Kentucky, Cal’s teams have kept more of an inside presence instead of taking a large majority of shots from behind the arc.

Saturday’s game proved to be different, however, largely due to the opposition. Texas A&M decided to try to shut down Oscar Tshiebwe and Kentucky’s inside game, letting the Cats shoot the long-range jumpers and taking a chance that the Cats couldn’t make enough to beat them.

The 32 threes are one short of the most ever taken by a Calipari-coached UK team.

Antonio Reeves led the Cats with 23 points. The senior hit eight of 17 from the floor, including five of 11 from behind the arc.

Tshiebwe had just seven points but did grab 17 rebounds despite being in foul trouble for much of the game. Jacob Toppin had 17 points and Cason Wallace had 11, all in the second half. Wallace added four assists and four rebounds.

Kentucky got off to its typical slow start but A&M was not able to take advantage. The Aggies led 4-0 before Fredrick drilled a right-wing three to get the Cats on the board and cut the deficit to one.

The Cats took their first lead, 10-9, on a Reeves basket, via a beautiful assist from Jacob Toppin. The Cats would end up taking 36 field goals in the first half, with 21 of those being threes. UK made seven of 21 from long range but trailed 31-29 at the break.

“We took more threes in the first half than my teams usually take in a game,” Calipari said. “But I looked at it and they were all open, so you’ve got to shoot it.”

The second half was a back-and-forth affair until the Cats went on a 12-4 run midway through the half to take a lead they would never relinquish.

Kentucky returns to action on Tuesday, visiting Nashville to face Vanderbilt. Tipoff is set for 9 p.m. ET and the game can be seen on the SEC Network.