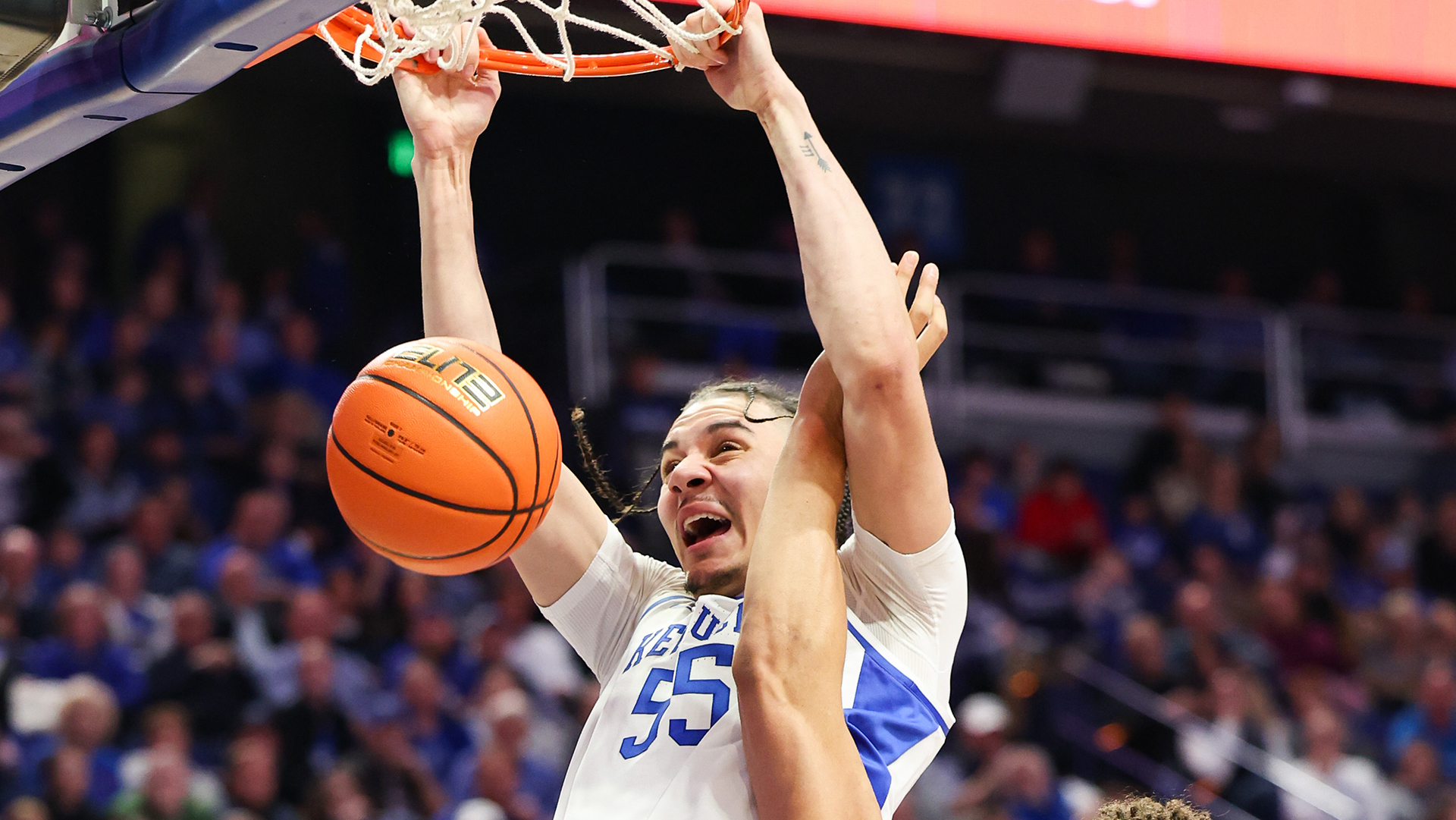 Tuesday night’s game against South Carolina was an uphill climb for Kentucky. The Cats started off slowly and spent the rest of the game trying to catch up.

Kentucky (10-6, 1-3 SEC) made just one of its first six shots, missed its first two free throws and fell behind 13-2 inside the first five minutes of the game.

The Cats would get within four in the first half but would trail 42-32 at the break.

In the second half, Kentucky would trail by as many as 12 points before beginning to chip away. The Cats would still trail by 11 with 3:58 to play.

That’s when the Cats got a three from Antonio Reeves, a layup from Daimion Collins, a Sahvir Wheeler jumper and a CJ Fredrick three to get within one, 69-68, with 51 seconds left.

UK would trail 71-68 and had one final possession with a chance to tie. But three attempts from behind the arc all missed and the Cats came up short.

The Cats were shorthanded on Tuesday, with senior forward Jacob Toppin missing the entire game due to a shoulder injury. In the first half, freshman guard Cason Wallace injured his back and would miss the entire second half.