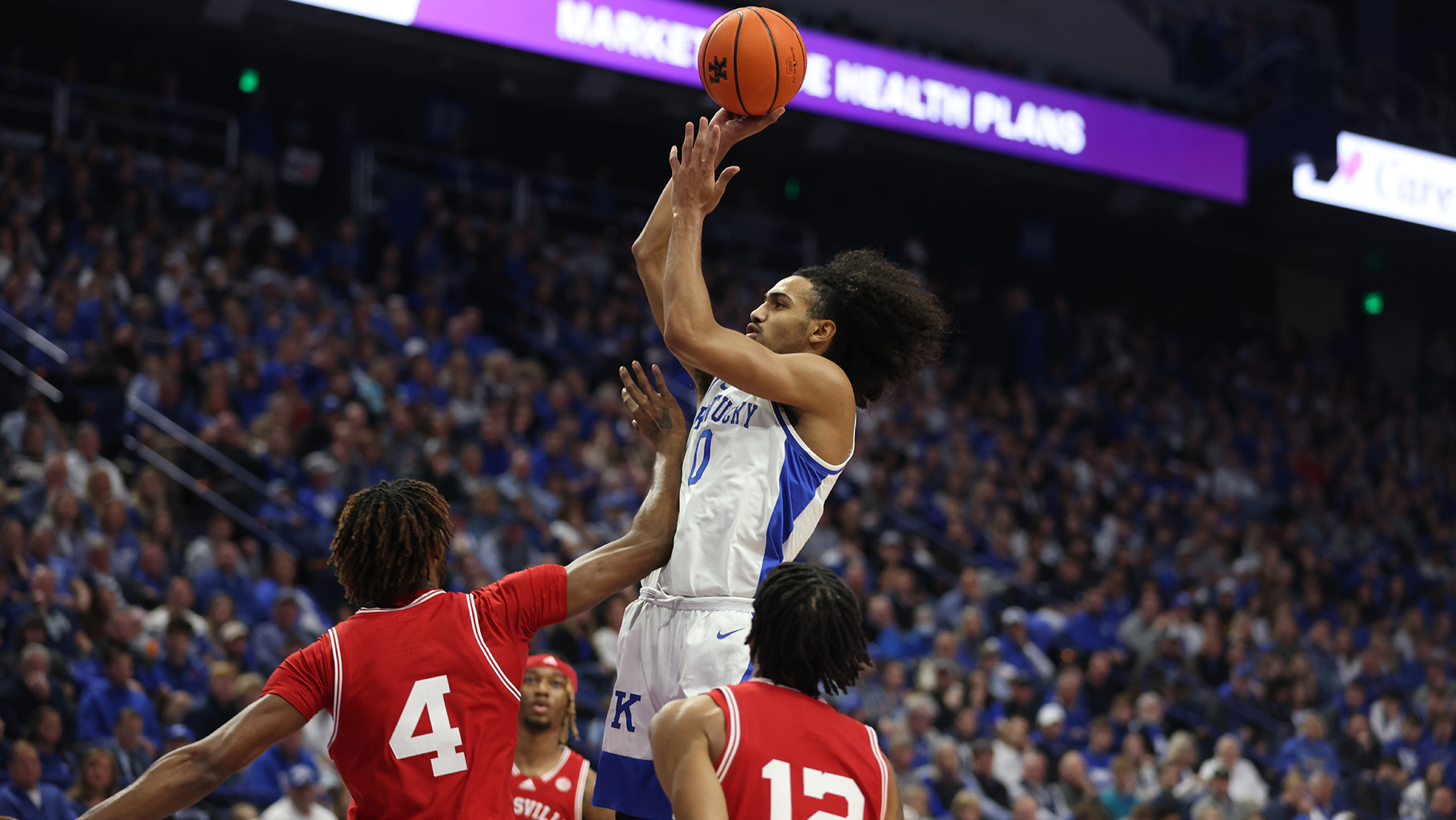 After struggling against Yale and UCLA, Kentucky forward Jacob Toppin was relegated to coming off the bench the last two games (Florida A&M and at Missouri). In those games, he played a total of 32 minutes and scored just four points, all against FAMU.

But Kentucky head coach John Calipari gave Toppin the starting nod on Saturday against Louisville and the senior responded in a big way. He scored 15 points in the first half on his way to a career-high 24 points as the Cats topped the Cards 86-63 on Saturday at Rupp Arena.

Toppin made 10 of 15 from the floor and four of six from the line on his way to his career-high effort. He added seven rebounds and two assists in the game.

UK head coach John Calipari knows that Toppin has had to change the way he’s thinking both on and off the floor.

“We’ve done a lot of work and it’s not been on the court,” Calipari said. “You have guys feeling the weight of the world. I can’t do this for you and you’ve got to get in a different frame of mind. Then, it became, where do we go with this and how do we do this. So, he did some things, he talked to some people and I watched him practice and I loved what I saw.”

Kentucky (9-4) was hot from the field early in the game. The Cats made their first four shots and six of their first seven, including a pair of threes, to lead 14-4. Kentucky would stretch the lead to as many as 17 in the first half, 39-22 and would lead 45-30 at the break.

Toppin capped his career performance with an emphatic, putback slam of a Tshiebwe miss with less than five minutes to go in the game. The Cats would lead by as many as 27 in the second half before settling for the 23-point victory.

Kentucky returns to action on Tuesday, returning to Southeastern Conference play against LSU at Rupp Arena. Tipoff is set for 8 p.m. ET and the game can be seen on ESPN.

LEXINGTON – The Bluegrass Sports Commission (BSC) have named Kentucky Senior Jacob Toppin  the Most Valuable Player of today’s men’s basketball game between the University of Louisville and the University of Kentucky at Rupp Arena.

Toppin set a career high and tied for the lead in scoring with 24 points. The Brooklyn, NY native also added seven rebounds and two assists in the 86-63 Wildcat win.

Kentucky improves to 9-4 on the year, while Louisville falls to 2-12.

This award winner, which is presented annually, was selected by a committee of the BSC Board of Directors.