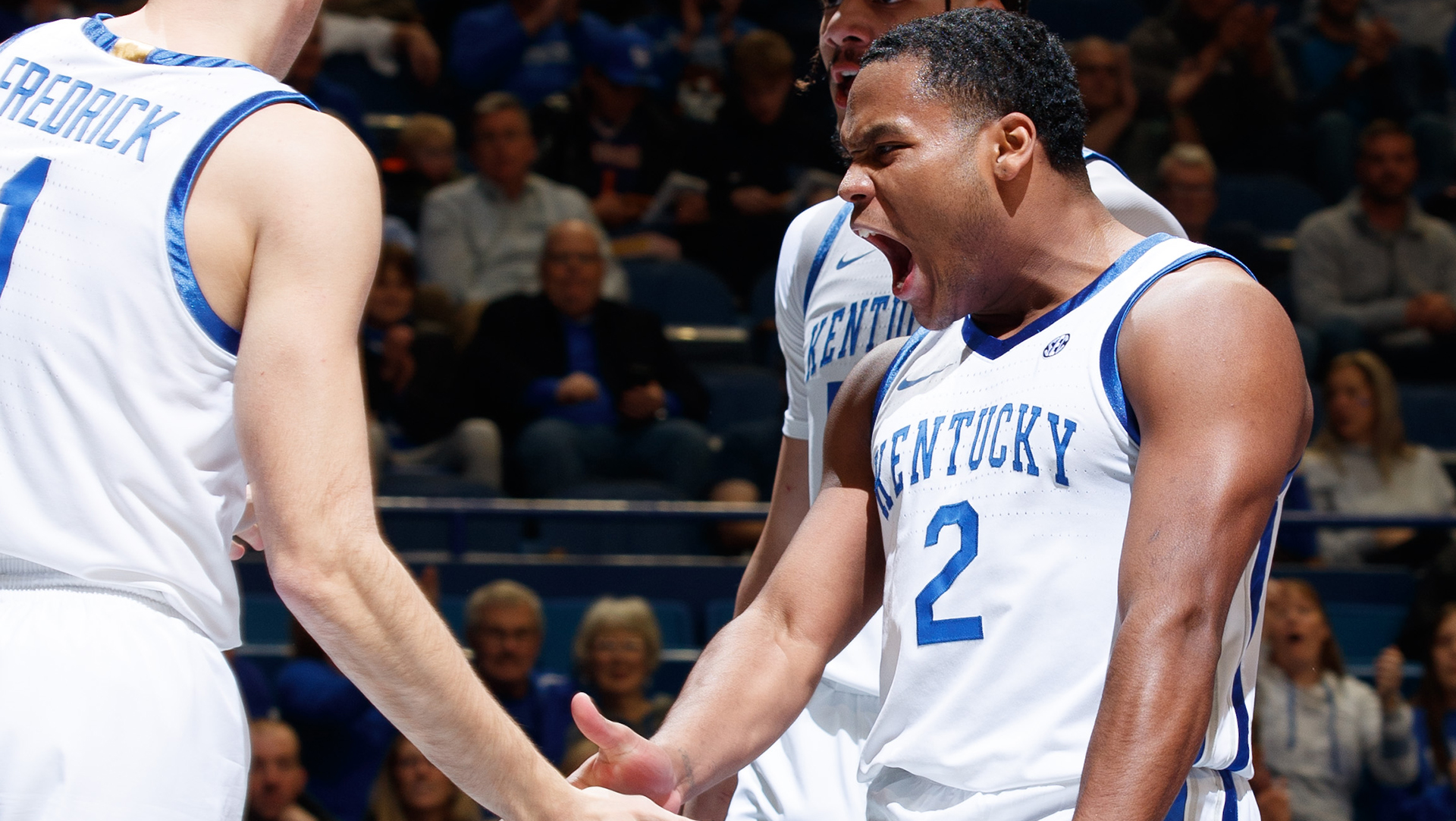 LEXINGTON, Ky. – Coming off a tough, double overtime loss to Michigan State on Tuesday night, and with a trip to Gonzaga awaiting them, it would have been easy for No. 4 Kentucky to overlook Thursday night’s opponent, South Carolina State.

The Cats, however, had no such thoughts. Kentucky came out hot, hitting four of its first six shots on its way to an 11-3 lead. The Cats would never trail in the game and would win 106-63 at Rupp Arena.

Kentucky found its shooting stroke on this night, with several players connecting from behind the arc. The Cats hit 10 of 24 from long range (41.7 percent), with five different players connecting on at least one three-point shot.

The guard play for Kentucky was solid all night. UK head coach John Calipari noted that he thought his team shot the ball well, but it was another aspect of the guard play that he was impressed with on this evening.

CJ Frederick led the Cats with 17 points, hitting three of seven from behind the arc in the game. Fredrick also had four steals, three assists and two rebounds for Kentucky. He knows that the floor opens up when he and his teammates make shots.

“It changes everything,” Fredrick said. “It opens up everything for our guards if they’re driving and miss layups. It really opens up the floor, opens up the game and puts pressure on the other team.”

Cason Wallace continued his solid early season play. The freshman from Dallas had 12 points and three assists in Thursday’s game. Point guard Sahvir Wheeler had just six points but he dished out 10 assists for the Cats.

Forward Lance Ware had perhaps his best game in a Kentucky uniform. The Camden, New Jersey, native made all six of his shots from the field on his way to a career-high 12 points. Ware added three rebounds and two blocked shots for UK in the win.

Kentucky returns to action on Sunday, travelling across the country to take on second-ranked Gonzaga in Spokane, Washington. Tipoff is set for 7:30 p.m. ET and the game can be seen on ESPN.