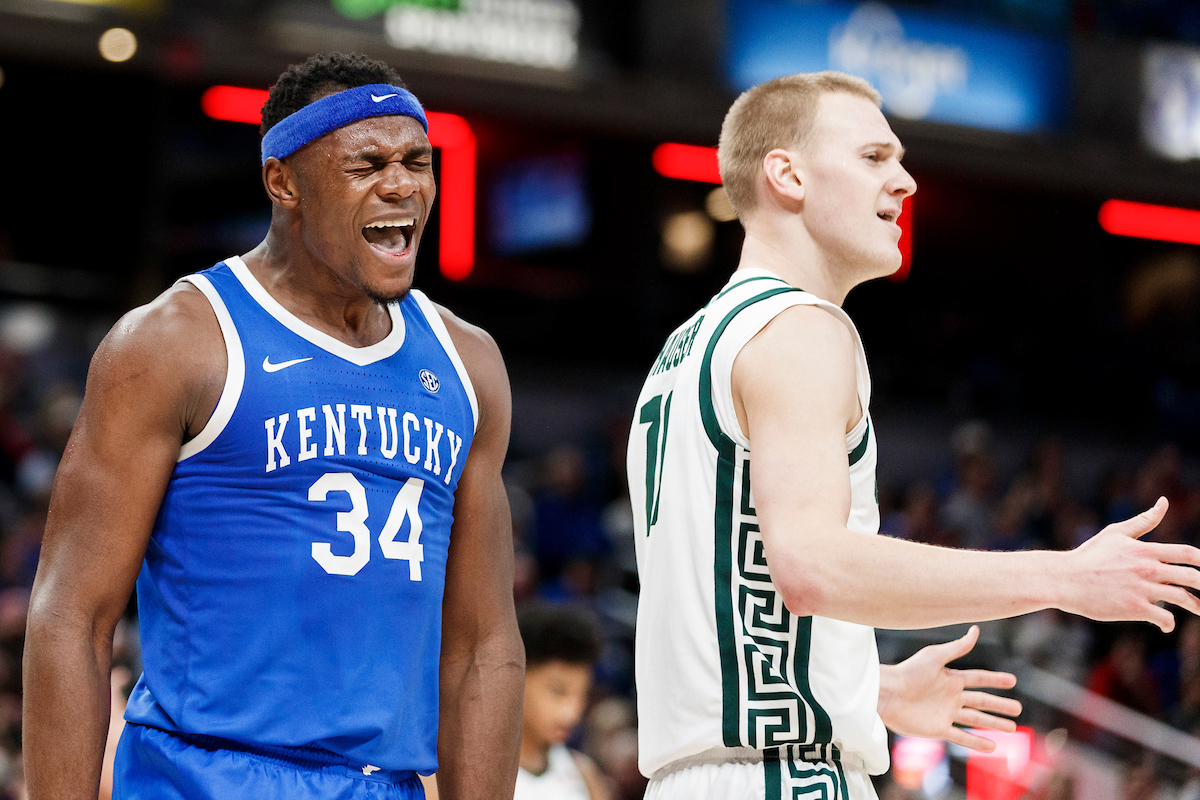 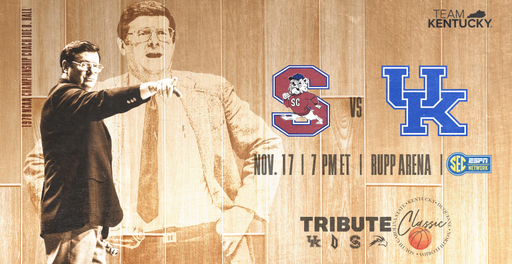 Oscar Tshiebwe won all of the National Player of the Year awards in college basketball last season. His campaign to become the first repeat winner in nearly 40 years (Ralph Sampson won in 1981, ’82 and ’83) got off to an outstanding start on Tuesday night.

Playing in his first game of the season following an October surgical procedure, Tshiebwe scored 22 points, grabbed 18 rebounds and blocked four shots before fouling out in UK’s 86-77 loss to Michigan State in the Champions Classic in Indianapolis.

Last season, Tshiebwe averaged 17.4 points and 15.1 rebounds, so his performance on Tuesday night was no surprise. In fact, it was his 17th consecutive double double, dating to last season.

Freshman guard Cason Wallace had another big game for the Cats on Tuesday. The Dallas native had 14 points, tied a school record with eight steals, and added five rebounds and five assists. For the season, Wallace is averaging 12.3 points, six assists, 5.3 rebounds and four steals per game.

Sahvir Wheeler is scoring 13.5 points per outing, while dishing out 9.5 assists per game through two games, after missing the opener.

The game will be Kentucky’s second contest in the 2022 Tribute Classic event.

Tipoff at Rupp Arena is set for 7 p.m. ET and the game can be seen on the SEC Network.

Kentucky dropped an 86-77 double-overtime game to Michigan State on Tuesday in the annual Champions Classic.

• Oscar Tshiebwe made his season debut and played 34 minutes in his first action of the season. Tshiebwe had a team-high 22 points and a game-high 18 rebounds

• In two games in the event (including last year vs. Duke), Tshiebwe averaged 19.5 points and 19.0 rebounds per game

With a victory over Ole Miss in the home finale, Kentucky notched a perfect 18-0 record in Rupp Arena for 2021-22. With its win over Duquesne on Friday, Kentucky extended its home winning streak to 21 games. That mark is the longest current home winning streak in the Southeastern Conference.

In every season but one of the Calipari era, the Wildcats have signed a top-three recruiting class according to the Recruiting Services Consensus Index, which tallies major recruiting rankings and plugs them into a formula to calculate a consensus ranking. With the additions, Kentucky has signed 72 top-50 recruits, 57 top-25 players and 33 top-10 players (according to Rivals) in what will now be Calipari’s 15 recruiting classes at Kentucky.

• Justin Edwards (Philadelphia): Guard | 6-8, 190 pounds | No. 2 overall by Rivals and ESPN and No. 3 by 247Sports | Led Imhotep Charter to the Class 5A state title as a junior last season, averaging 18.3 points and 8.3 rebounds per game | Helped Team Final advance to Peach Jam quarterfinals after shooting 39.5% from deep while averaging 15.3 points and 7.0 rebounds per game