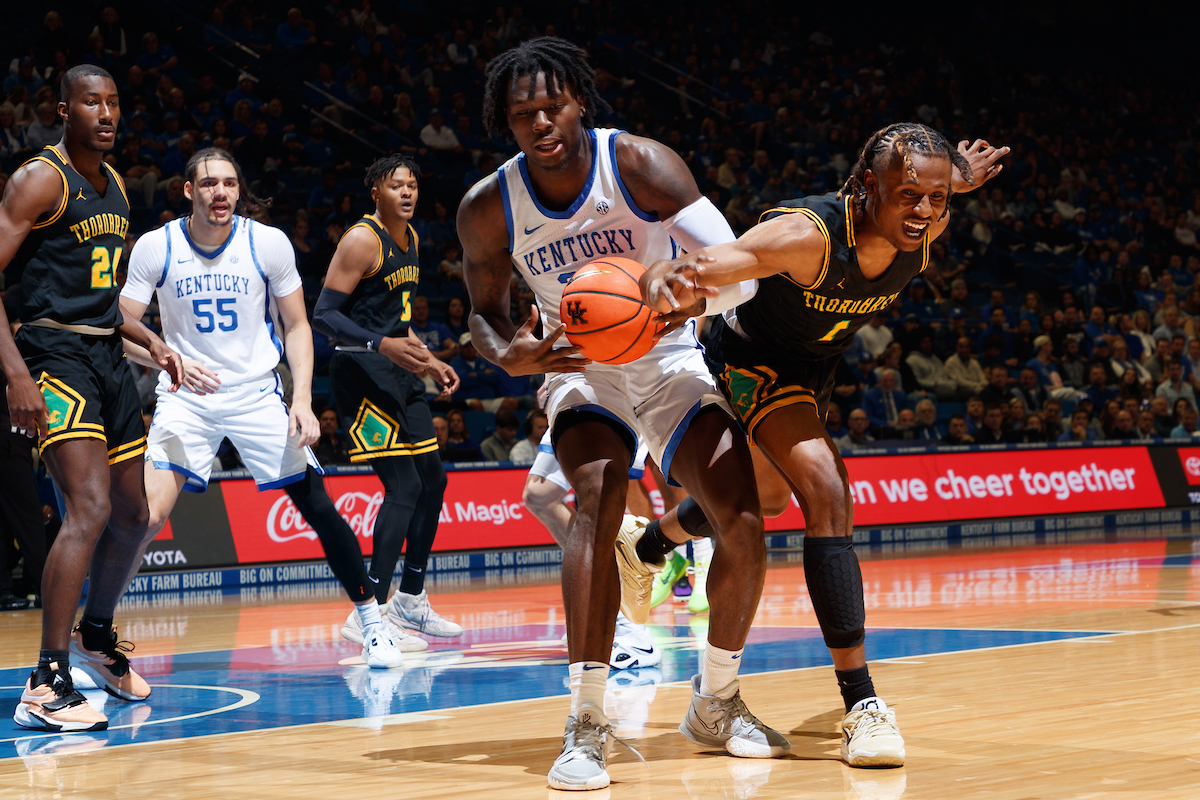 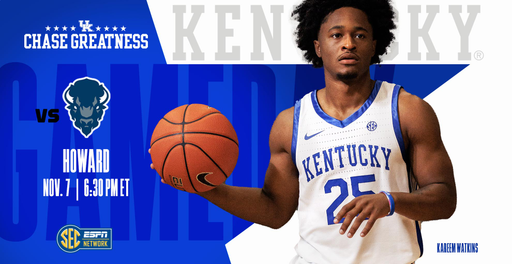 Fourth-ranked Kentucky will begin the 2022-23 regular season on Monday night, hosting Howard at Rupp Arena (6:30 p.m. ET, SEC Network). However, the Cats will not be anywhere near full strength in the season opener.

Kentucky figures to be without as many as three starters in Monday’s game. Defending National Player of the Year Oscar Tshiebwe continues to recover from a procedure in October and is not expected to play in this game. Starting point guard, and preseason first-team All-SEC selection Sahvir Wheeler is also dealing with an injury and is a game time decision.

This may seem like a lot to deal with, and it is, but UK associate head coach Orlando Antigua also thinks that it creates opportunities for other players to contribute.

“It’s given an opportunity for other guys to step up and show what they can do with those opportunities,” Antigua said. “And that’s what you want. It’s a team. Injuries are part of what happens in the course of a season and that also allows an opportunity for guys to continue to work on their game and now, go out there and demonstrate that they deserve and should use that opportunity for more playing time.”

Antigua and the UK staff know what they want to see from the team on Monday.

As for Monday’s opponent, Antigua knows that the Cats need to be prepared.

“Howard brings a different challenge to the table,” Antigua said. “They’re a really long team, they’ve got a lot of experience. They have capitalized off the transfer portal. It’s a team that’s picked to be in the conversation to win their conference. They’re really long and athletic and can shoot the ball.”

With a victory over Ole Miss in the home finale, Kentucky notched a perfect 18-0 record in Rupp Arena for 2021-22. Kentucky will begin 2022-23 on a 19-game home winning streak. That mark is the longest current home winning streak in the Southeastern Conference.

Takeaways from the Tune-Ups

Kentucky won both of its exhibition games leading up to regular-season play, defeating Missouri Western State, 56-38, before dominating Kentucky State, 111-53.

• UK improved to 146-12 all-time in exhibition games, including 3-0 vs. Kentucky State
• Kentucky has won its last 25 exhibition games dating back to Nov. 2, 2014, vs. Pikeville. The last loss was Aug. 17, 2014, vs. the Dominican Republic in the final game of the 2014 Big Blue Bahamas exhibition tour
• Jacob Toppin (15.5), CJ Fredrick (14.5), Antonio Reeves (14.0) and Cason Wallace (10.5) all averaged double-digit scoring
• The Cats averaged 9.5 made 3-pointers per game, led by Fredrick who knocked down 7 of 11 (63.6%) in the two games
• Six players logged at least four rebounds per game without reigning National Player of the Year Oscar Tshiebwe appearing in either contest. Ugonna Onyenso (7.0), Wallace (6.0) and Toppin (6.0) led the way
• UK averaged 11.0 blocks per game, with Onyenso accounting for nine in the two games
• Kentucky’s defense was stifling once again, holding the two opponents to just 29.3% from the field and 22.9% from 3-point range
• Kentucky was plus-8.5 in turnover margin
• Tshiebwe missed both exhibition games as he recovers from a minor knee procedure performed in October. Sahvir Wheeler missed the Kentucky State game after suffering a right leg injury during the Missouri Western contest. They are both considered day-to-day