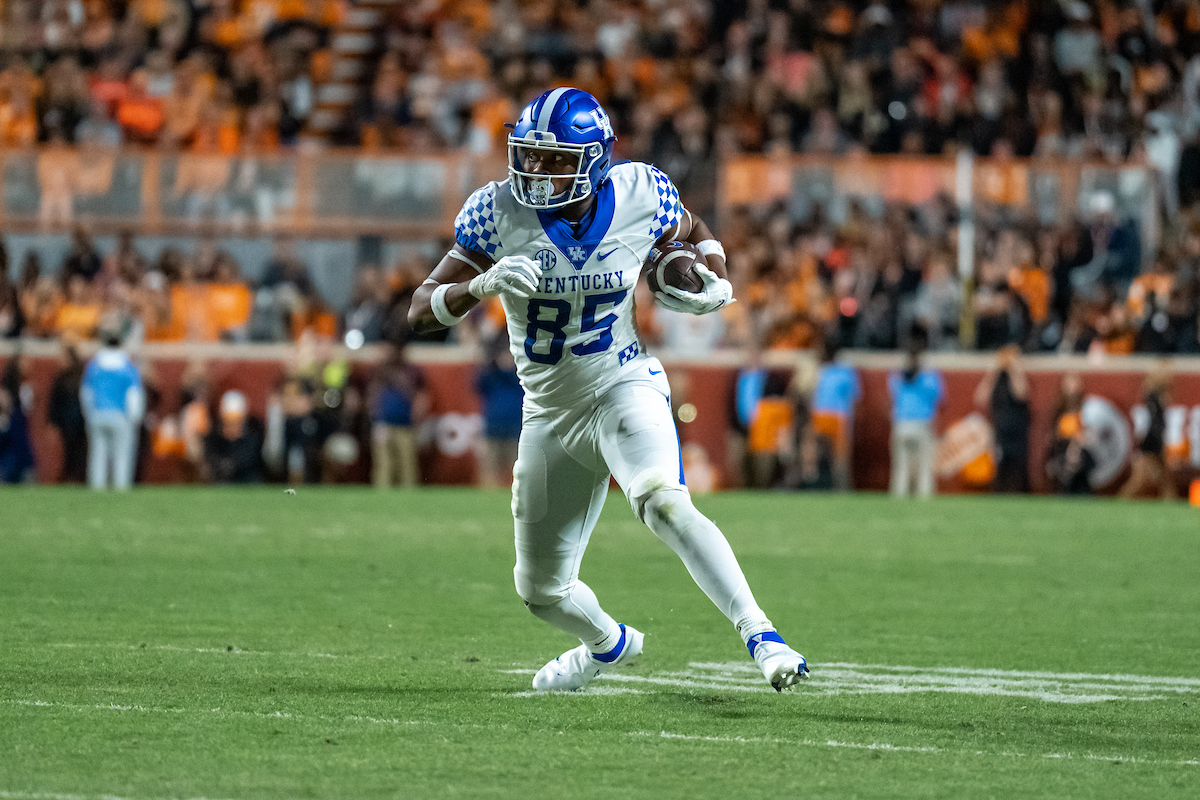 RV/No. 24 Kentucky will face Missouri in Columbia, Missouri, Saturday, Nov. 5 for a noon ET kickoff on SEC Network, as UK aims to become bowl eligible for the seventh consecutive season.

The Wildcats will look to rebound from suffering a 44-6 defeat on the road at then-No. 3/3 Tennessee in Knoxville, Tennessee, last Saturday. The Cats are 1-1 in games after suffering losses this season. The Kentucky-Missouri appointment in Columbia this weekend will mark the Wildcats’ final road game of the regular season, before returning home to host Vanderbilt, No. 1/1 Georgia and in-state rival Louisville to cap the schedule in November.

Kentucky will continue to lean on its pro-style offense, which ranks eighth in the country in time of possession, led by starting quarterback Will Levis, who was named to the 2022 Johnny Unitas Golden Arm Award Top 10 last week. On the other side of the ball, the UK defense in third in the conference and top 25 in the nation in scoring defense, allowing just 19.9 points per game, even after facing the country’s leading scoring offense in the Volunteers last weekend.

Kentucky linebackers D’Eryk Jackson and Trevin Wallace could not be more opposite. Yet the two have become best friends both on and off the field.

Jackson, a junior from Dublin, Georgia, is quiet and reserved and lets his play do the talking. Wallace, a sophomore from Jesup, Georgia, is the bigger talker of the two.

“I’ve got a big mouth,” Wallace said after practice on Wednesday. “I’m going to talk regardless. If somebody’s down, I’m going to get them to smile.”

That friendship and camaraderie will come into play even more now that both Jackson and Wallace are starters for the Cats due to injuries to Jacquez Jones and DeAndre Square. Jackson knows that having his best friend on the field with him is huge…Read More

• The SEC East rivals have met every year since 2012.
• Kentucky leads the series with Missouri, 8-4 , and the Wildcats have won seven of the last eight.
• Kentucky and Missouri are split 3-3 in games played in Columbia, Missouri.
• In the last matchup in COMO, the Wildcats suffered a 20-10 defeat.
• UK’s last win on Faurot Field in 2018 was an instant classic, as QB Terry Wilson connected with TE C.J. Conrad for a touchdown on the final play of the game to give the Cats the victory
• UK trailed 14-3 with under six minutes remaining when the comeback started with WR Lynn Bowden Jr. returning a punt 67 yards for a score to cut the deficit to 14-9.
• The Cats got the ball back on their own 19-yard line with 1:24 remaining and quickly made their way down the fi eld. With four seconds left, Wilson lofted a pass to the back corner of the end zone where WR Ahmad Wagner caught it but couldn’t stay in bounds. However, Missouri was flagged for pass interference, setting up the final untimed down.
• UK coach Mark Stoops is 6-3 vs. Missouri during his tenure.

1
Wins by Kentucky this season when the Cats score first. UK has not lost a game when scoring first this year (Youngstown State was the only such occasion)

3
Wins by Kentucky at Memorial Stadium/Faurot Field. UK is 3-3 against Missouri in Columbia

50
Wins by Stoops-coached Kentucky teams when UK has more rushing yards than its opponent. The Cats have only lost 13 times in such games under Stoops