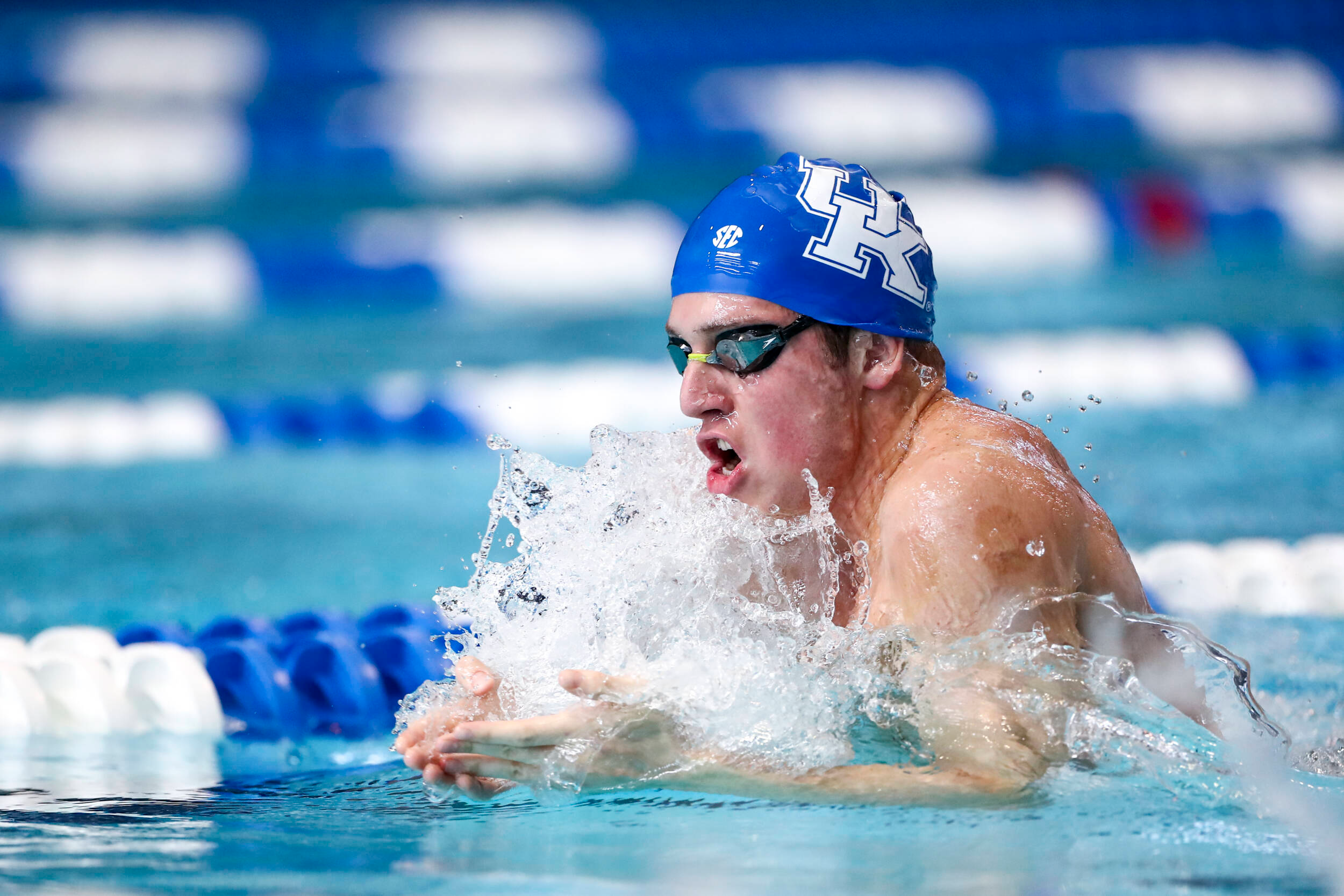 Kentucky Swimming & Diving Beaten on the Road by Texas A&M

COLLEGE STATION, Texas – Competing against its first SEC foe of the season, Kentucky swimming and diving achieved 10 NCAA B-cuts and five zone qualifying standards in a road loss to the Aggies at the Rec Center Natatorium on Thursday night.

The Wildcat women took a lead into the meet’s final event, but ultimately finished on the short end of a 154-146 tally. The men, meanwhile, were topped 177-111 by the Aggies.

The result was just the start of what was a standout performance for Brooks, who won both the 100 and 200-yard backstrokes while also placing second in the 100 fly. Brooks met the NCAA B-cut threshold in all three events on her way to earning 22 points toward the team total.

The Wildcats swept the podium in the men’s 1650 freestyle as freshman Levi Sandidge won his sixth individual event of the young season with a time of 15:10.40, placing him tenth on the UK all-time list. Sandidge was followed by teammates Nick Caruso (15:21.75) and Adam Rosipal (15:31.11), with both Sandidge and Caruso’s times meeting NCAA b-cut standards.

UK also found success in the 200 backstroke as the trio of Brooks, Lydia Hanlon and Torie Buerger went one-two-three, achieving NCAA b-cut marks in the process.

Battling to the finish line, the women Wildcats surged into the team lead courtesy of a one-two finish by Lauren Poole and Gillian Davey in the meet’s penultimate event, the 400 IM. The advantage would not last, however, as the home team secured the women’s result in dramatic fashion by recording first and second in the 200 free relay.

On the diving side, Kentucky secured wins in both 1-meter events with Sam Duncan picking up the victory for the men, while junior transfer Claire McDaniels notched her first win as a Wildcat in the women’s competition. McDaniels score of 315.38 places her sixth in program history for the event.

Kentucky resumes competition when the Wildcats head to Columbus, Ohio for the Ohio State Invitational Nov. 17-19. 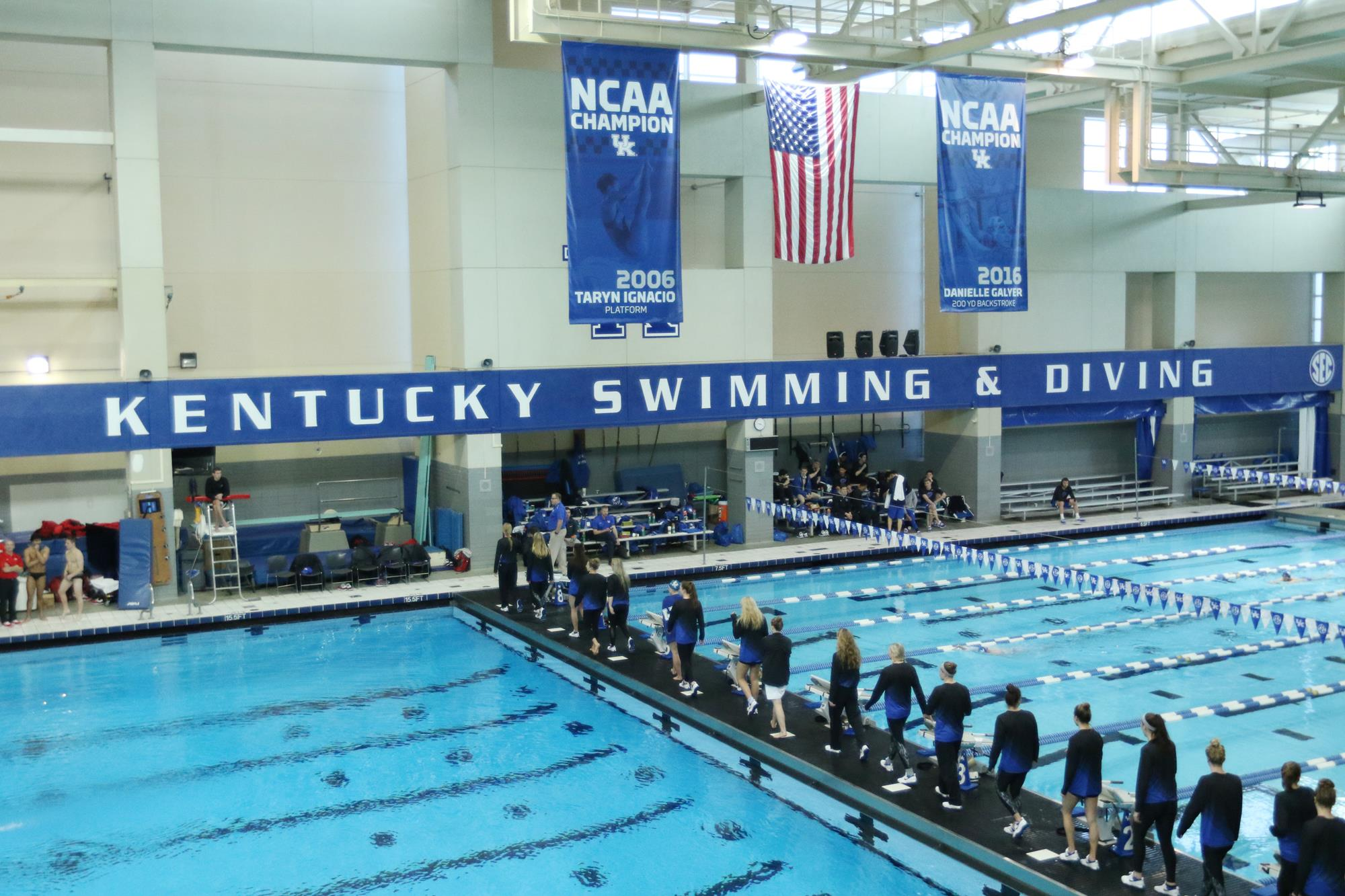 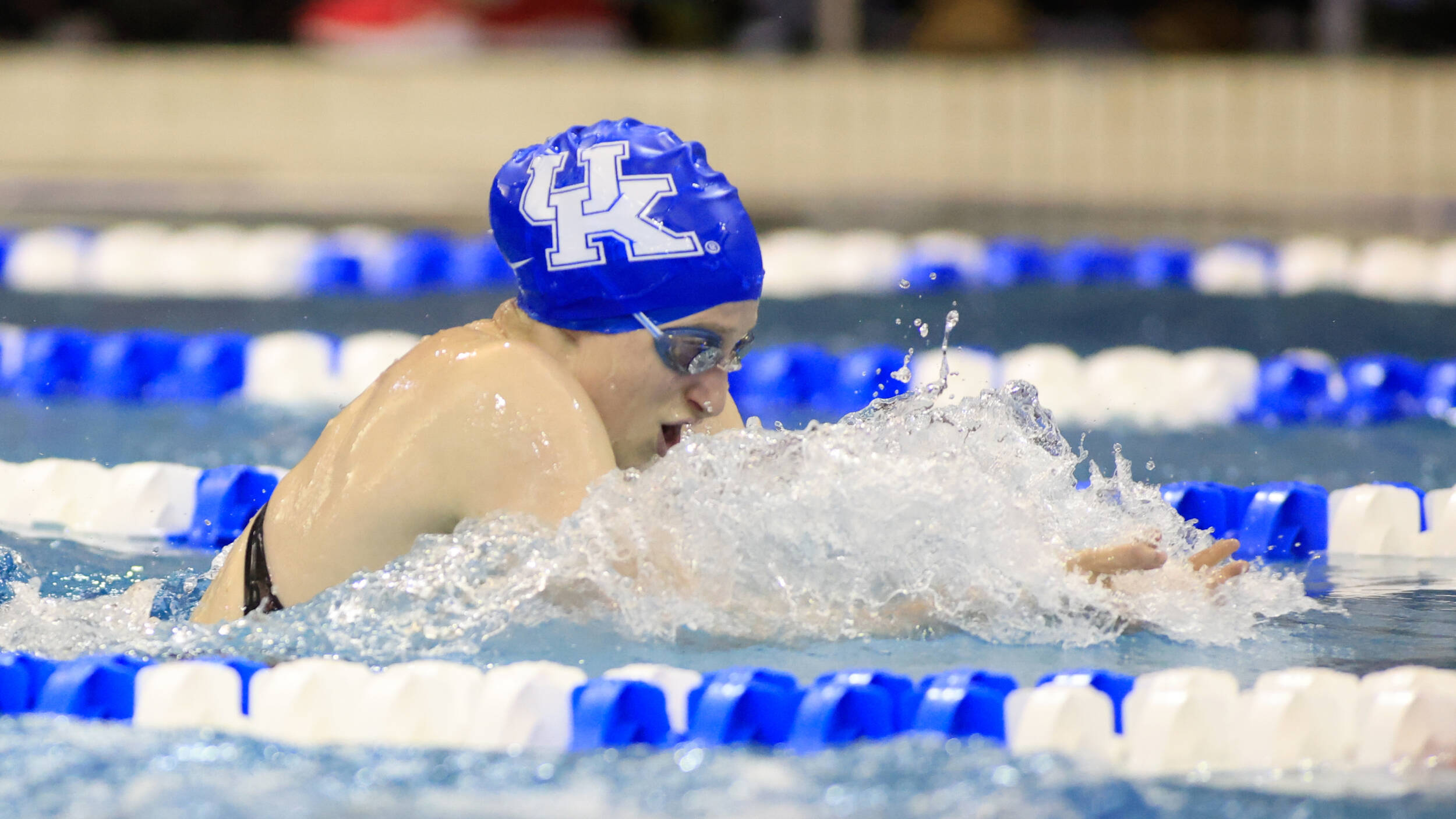 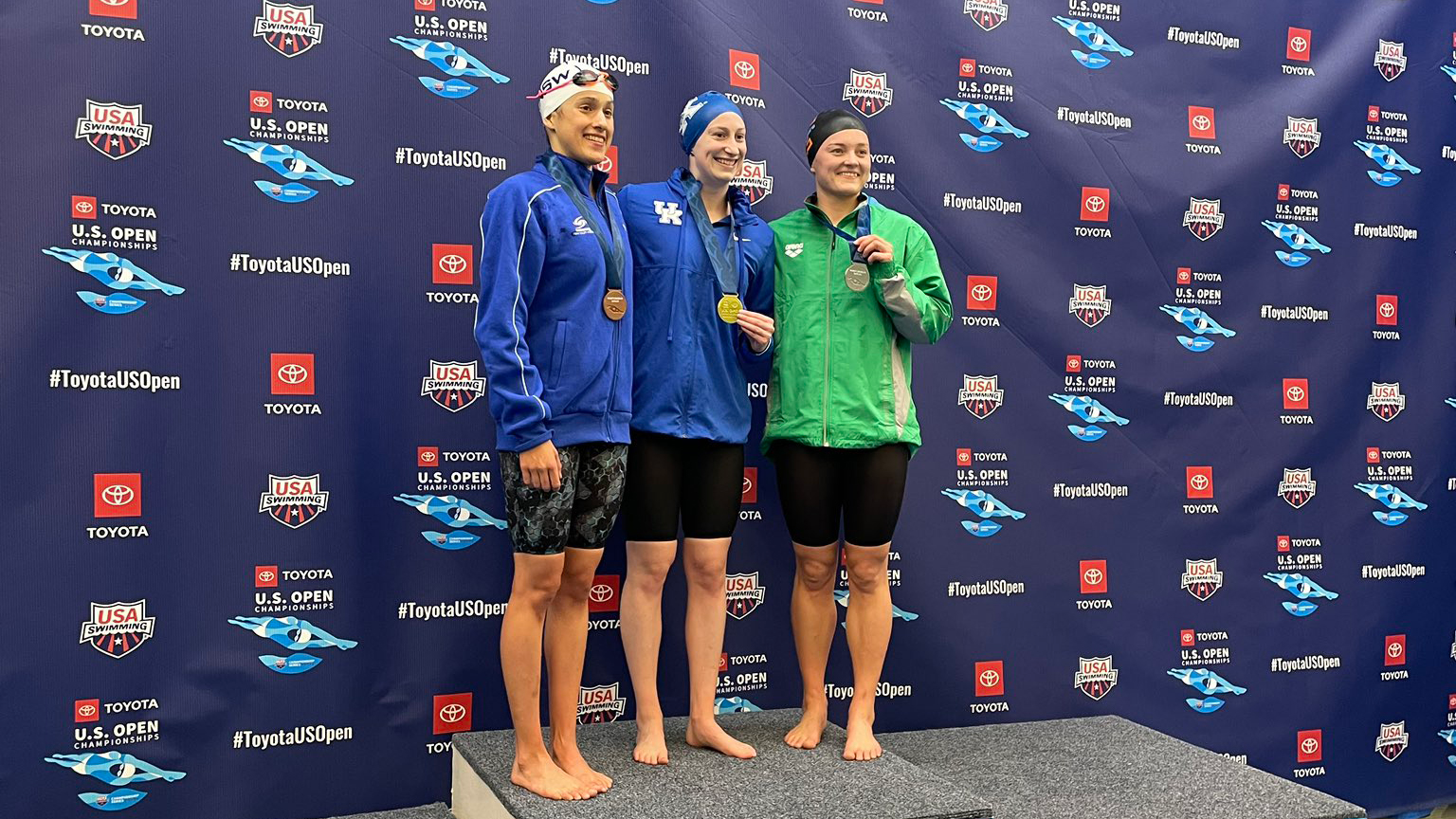