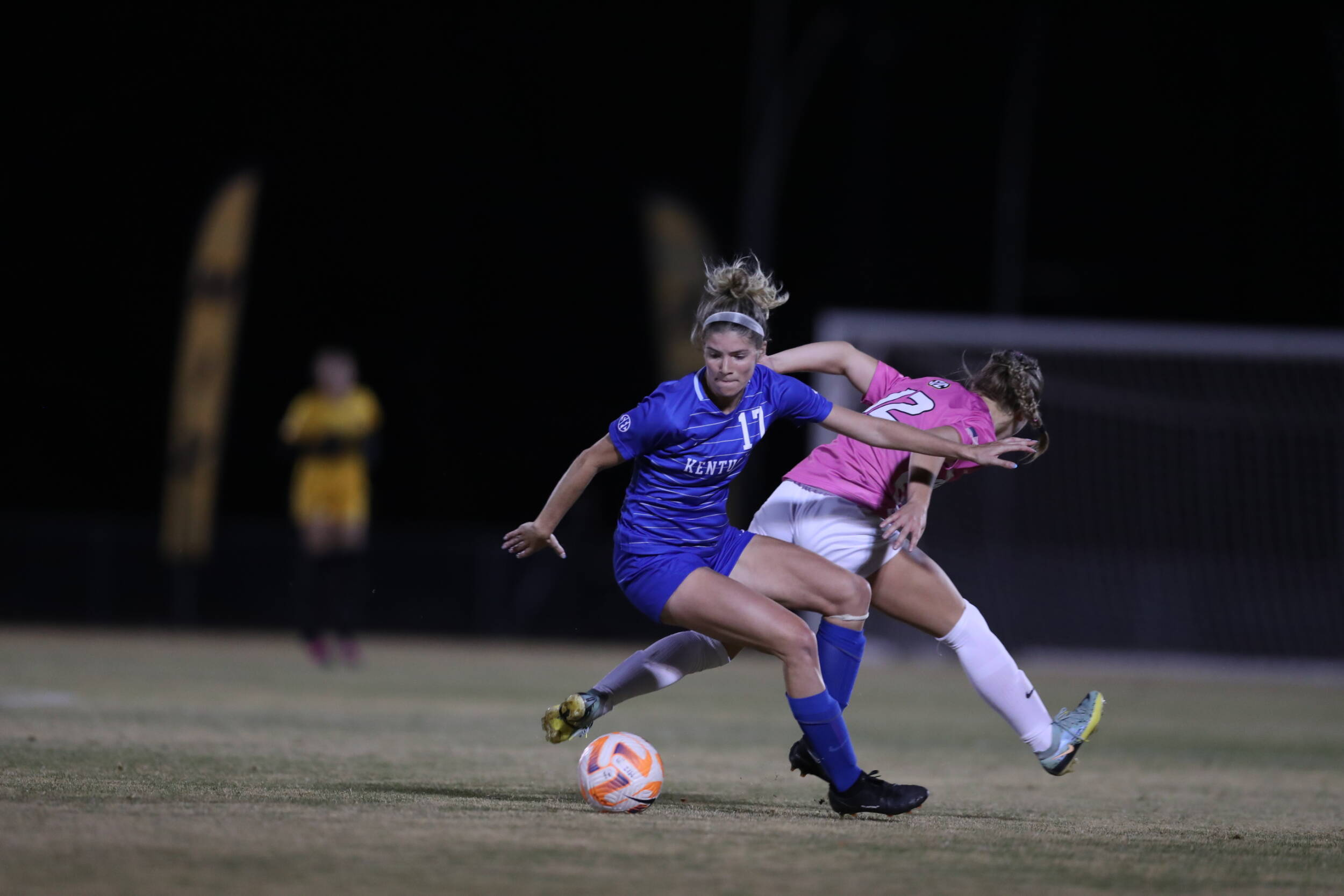 Kentucky Plays to 1-1 Draw at Missouri

Úlfa Úlfarsdóttir converted on a first-half penalty while Tallulah Miller totaled six saves, as the Wildcats picked up their second result on the road this season.

Unable to muster much offensive pressure early on, Kentucky began to generate some chances as the first half progressed.

With under 10 minutes to go in the frame, a booming ball from Maggy Henschler created a chance for Hailey Farrington-Bentil, but a charging Missouri keeper stole the ball away before a shot could be had.

Úlfarsdóttir drew a foul in the box in the 42nd minute and proceeded to make the walk to the spot, where the junior buried the PK into the right side to put Kentucky in front, 1-0. The goal was the sixth of the season for the Icelandic midfielder and her second via the penalty kick. With the score, Úlfarsdóttir moves into a tie with Jordyn Rhodes for the team’s leading goal scorer.

UK goalkeeper, Tallulah Miller was poised in the opening half, collecting five saves in the frame to help the Cats enter the break with the lead for the first time in SEC play this season.

The second half progressed with limited offensive opportunities early on. Miller made a key save in the 75th minute, but Missouri found the equalizer shortly thereafter when a long aerial ball got over the Kentucky defense, allowing Kylie Dobbs to finish from close range in the 82nd minute.

The combination of Richardson and Henschler produced several looks off corner kicks in the second half for Kentucky, including consecutive chances in the 83rd and 84th minutes which nearly put the Wildcats back in front.

Henschler had five shots on the night to lead the team, a season-high for the senior defender. Overall, Kentucky outshot Mizzou, 13-11. Corner kicks finished also finished in UK’s favor at 8-5 for the match.

The result is the second-straight for Kentucky against Missouri. The Cats defeated the Tigers, 2-0 in 2021.

The Wildcats return to the Bell this Sunday for the team’s final home match of the season against Georgia. Play is scheduled to kickoff at 1 p.m. on SECN+.