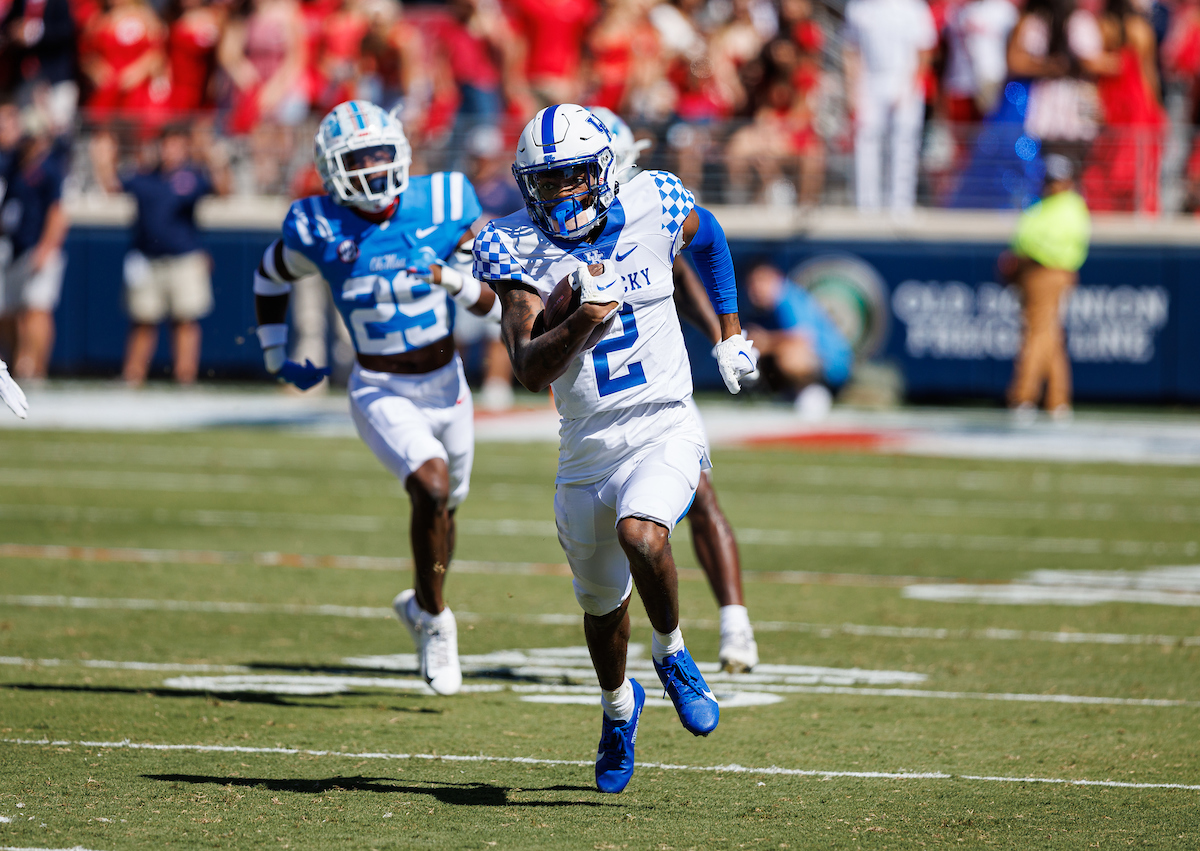 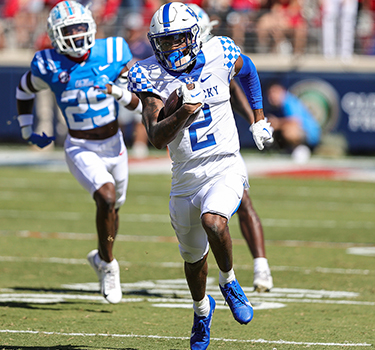 No. 22/22 Kentucky will play host to No. 16/17 Mississippi State in front of alumni, friends and community members for its annual Homecoming game Saturday. The game could also be labeled a homecoming for Bulldogs head coach Mike Leach, who was the Wildcats’ offensive coordinator and quarterbacks coach in 1997 and 1998 under Hal Mumme. The ranked matchup will be under the lights for the second straight weekend at Kroger Field, with a 7:30 p.m. EDT kick off on the SEC Network. It will mark the first meeting between a ranked Kentucky team and a ranked Mississippi State team in school history.

The Wildcats are in the hunt for their first Southeastern Conference win at home, after following a 4-0 start to the season with two straight heartbreaking losses in the league at then-No. 14/11 Ole Miss and against South Carolina. The Wildcats are coming off a 24-14 loss to the Gamecocks but without starting signal caller Will Levis, who was unavailable with a foot injury. In the next game, UK will look to claim its first win against MSU since holding the Bulldogs to just two points two seasons ago, as the Wildcats enjoyed a 24-2 triumph in Kroger Field in Lexington, Kentucky, on Oct. 10, 2020.

The Kentucky defense went through something last week that they had not experienced so far this season – missed tackles.

The Cats saw South Carolina break some tackles as the Gamecocks beat the Cats 24-14 on Saturday night at Kroger Field. The UK defense knows that missing tackles is not something that can continue.

Defensive coordinator Brad White noted those miscues, and the fact that they have been a focus, after Wednesday’s practice.

Missing tackles is something that the Cats will need to clean up immediately due to this week’s opponent. Mississippi State, which employs the Air Raid offense, can make a defense pay for missed tackles. In fact, it happened to the Cats last season in Starkville…Read More

• Kentucky trails the all-time series against Mississippi State, 25-24. However, the Wildcats lead the series in Lexington, 15-9.
• Mississippi State is UK’s permanent SEC Western Division opponent.
• It’s been a back-and-forth affair between the Wildcats and the Bulldogs for the last seven seasons, since 2015. During that span, the Cats have won every-other-game.
• Over the last six seasons, since 2016, the teams are split, 3-3, with each team winning at their respective homes.
• In the last two games hosted at Kroger Field, the Wildcats have held the Bulldogs to seven points or less. UK defeated MSU, 28-7, in 2018 and again, 24-2, in 2020.
• The last time the two teams met at Kroger Field, Kentucky held the Mike Leach-coached Bulldogs to the fewest points that any Leach-coached team has ever scored at the time. Previously, Leach-coached teams, which feature the Air Raid offense that Hal Mumme used at Kentucky, had never been held below three points.

Kentucky vs. The Ranked

6
Career interceptions by UK defensive back Keidron Smith, the most among current Kentucky players

62
Rushing yards needed by Chris Rodriguez Jr. to become the fourth UK player to ever rush for 3,000 yards