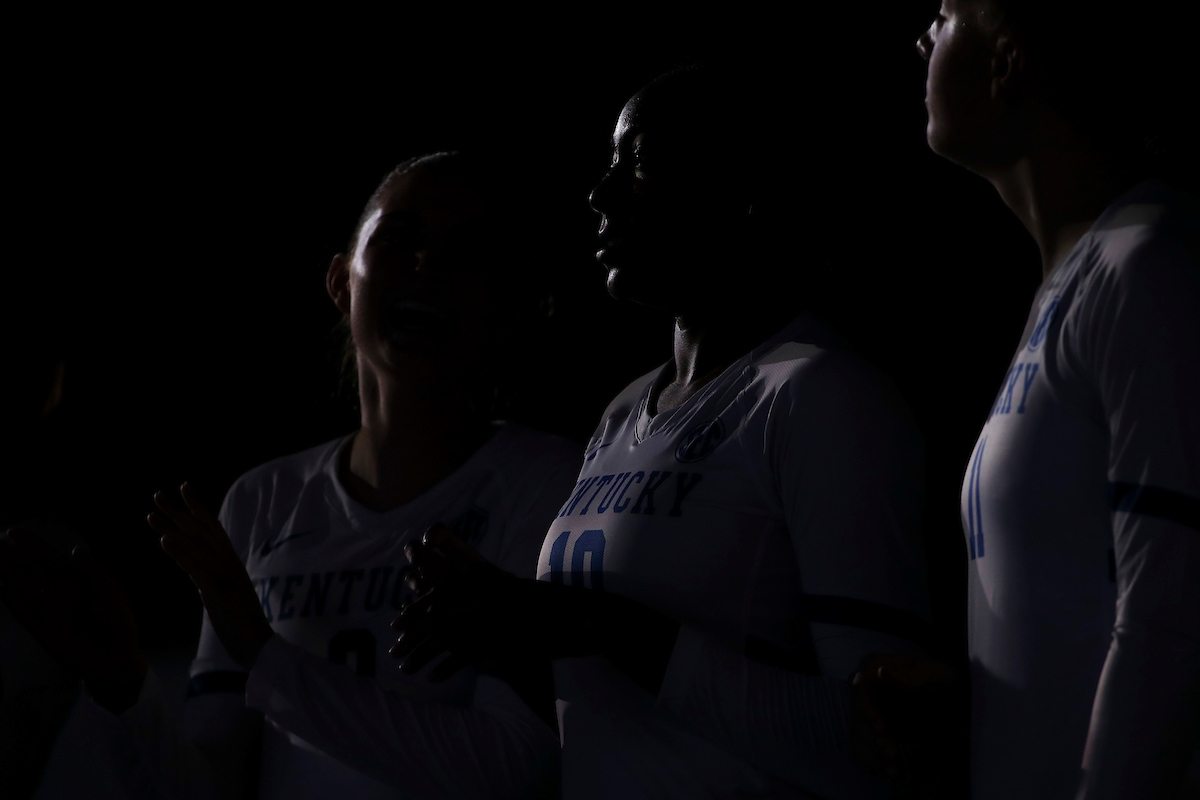 With the loss, Kentucky falls to 5-5 on the season and now has suffered five home losses for the first time since 2005.

Reagan Rutherford had 22 kills in the match to lead all Wildcats and was one of four players for UK who scored in double-figure kills. The junior opposite hit .333 on the afternoon with an ace and three blocks to go along with it. Rutherford is now the only UK player to hit in double-figures in eight matches this season.

Emma Grome paced the Kentucky offense to a .276 hitting percentage with 55 assists on the afternoon. The Kentucky defense struggled all match as LSU hit .364 for the match with 20 kills from Sanaa Dotson. Eleanor Beavin had 18 digs to lead all UK players.

Kentucky and LSU close out their two-match series on Sunday at Noon ET live on SEC Network with Krista Blunk and Jenn Hoffman on the call from Lexington.

Kentucky got off to a strong start, winning three of the first four points of the set to take a 3-1 lead thanks to swings from Rollins and Lamb on the pins. LSU slowly worked its way back to level terms in the set, leveling the frame at 9-9 before a thunderous kill by Rollins from the left side ended a Tiger run to buoy the Kentucky offense and force a timeout by LSU at 13-10. LSU called another timeout after a Rutherford termination that saw UK’s lead grow to five at 20-15 following an unsuccessful challenge. A service error and kill by Lamb, her fourth of the set, closed out the opener, 25-19 in favor of Kentucky.

A 3-0 run gave LSU its first lead of the second set 21 points into the frame on an extended rally that ended in an Erin Lamb error. At 11-10, Goetzinger replied with a termination to end the run and square the set back up at 11 all. Back-to-back errors by the Wildcats forced the media timeout with LSU leading 15-13, its largest lead of the set and the match to that point. Kentucky then had to call a timeout two points later as the Tigers extended their lead to 18-14 on two-straight successful attacks. LSU’s lead grew to the end of the set as a 3-0 run closed the frame and LSU tied the match with a 25-17 second set win. It was the first set LSU has taken off Kentucky since 2019.

LSU started the third set by winning the opening three points to take an early lead. The lead grew to four at 8-4, the largest lead of the set to that point and a timeout was called by the Wildcats at 13-9 trailing by four to bring Bella Bell into the match in the middle. UK had cut the LSU lead to two on two separate occasions, but LSU responded by winning the next point both times to bring the lead back to three. A kill by Erin Lamb closed the gap to one after Craig Skinner successfully challenged a play on the left side of the net to give Lamb her ninth kill of the match, leading all Wildcats and pulled UK to 15-14, the closest UK had been since it was 1-0. Rollins’ 10th kill of the match pulled UK to within one again at 19-18, but it was LSU again that responded with a first-ball kill to increase its lead back to two. With UK trailing by three, an extended rally went the way of the Wildcats to pull within two at 23-21 and LSU called its first timeout of the set. LSU ended the set on a Kentucky attack error.

Kentucky raced out to an early 7-3 lead that prompted the Tigers into a timeout just 10 points into the set. After a 9-0 run to make it a 12-3 Kentucky lead punctuated by an Erin Lamb kill, the Tigers expended their second halt of play trailing by nine and momentum slowly beginning to swing back the Wildcats’ way. Halfway through the set as UK reached 15, the Wildcats were siding out at over 90 percent in the set and had their largest lead of any set in the match at 15-4. Rutherford’s 20th kill of the match was the closing point and the Wildcats took claim to a 25-15 fourth set to force a fifth.

Kentucky never got anything going in the fifth set, as LSU led the whole way. UK found itself trailing 8-5 at the changeover and lost a challenge at 11-7 as the Tigers climbed to within four points of the match. The Tigers picked up set point at 14-11 and closed out the set on a kill to end the match. 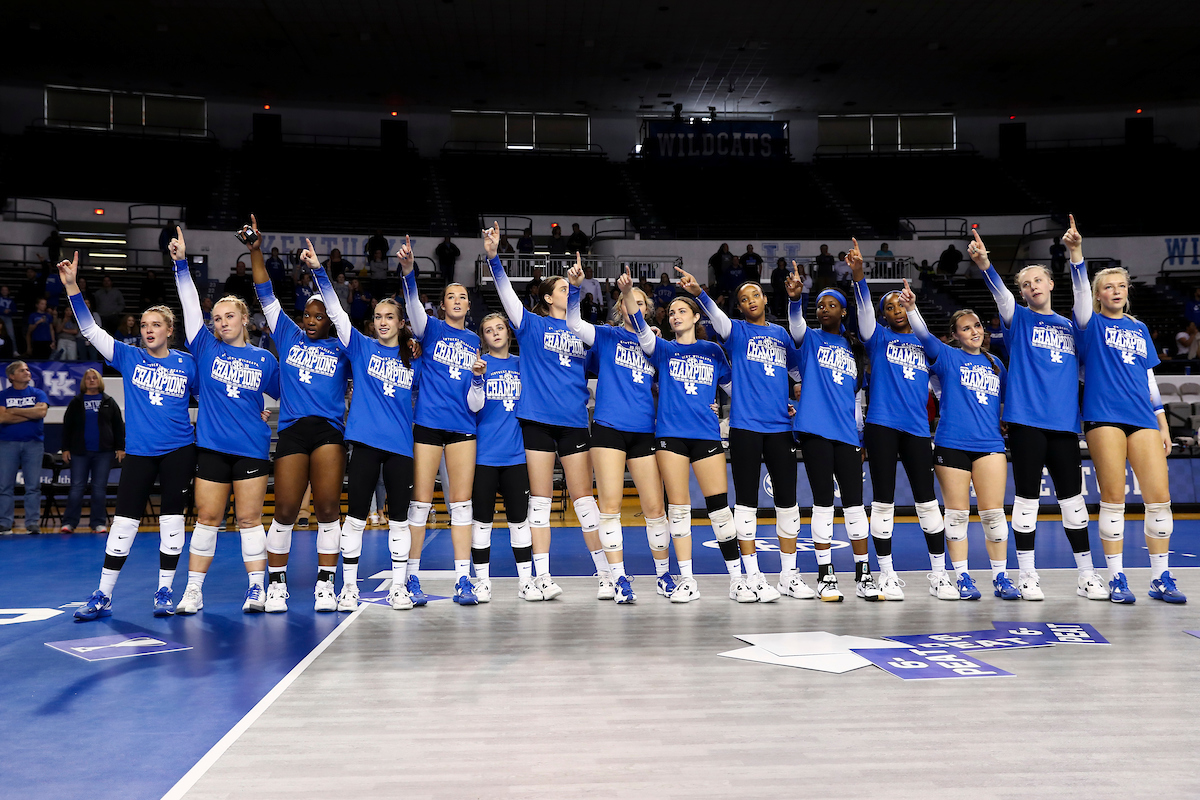 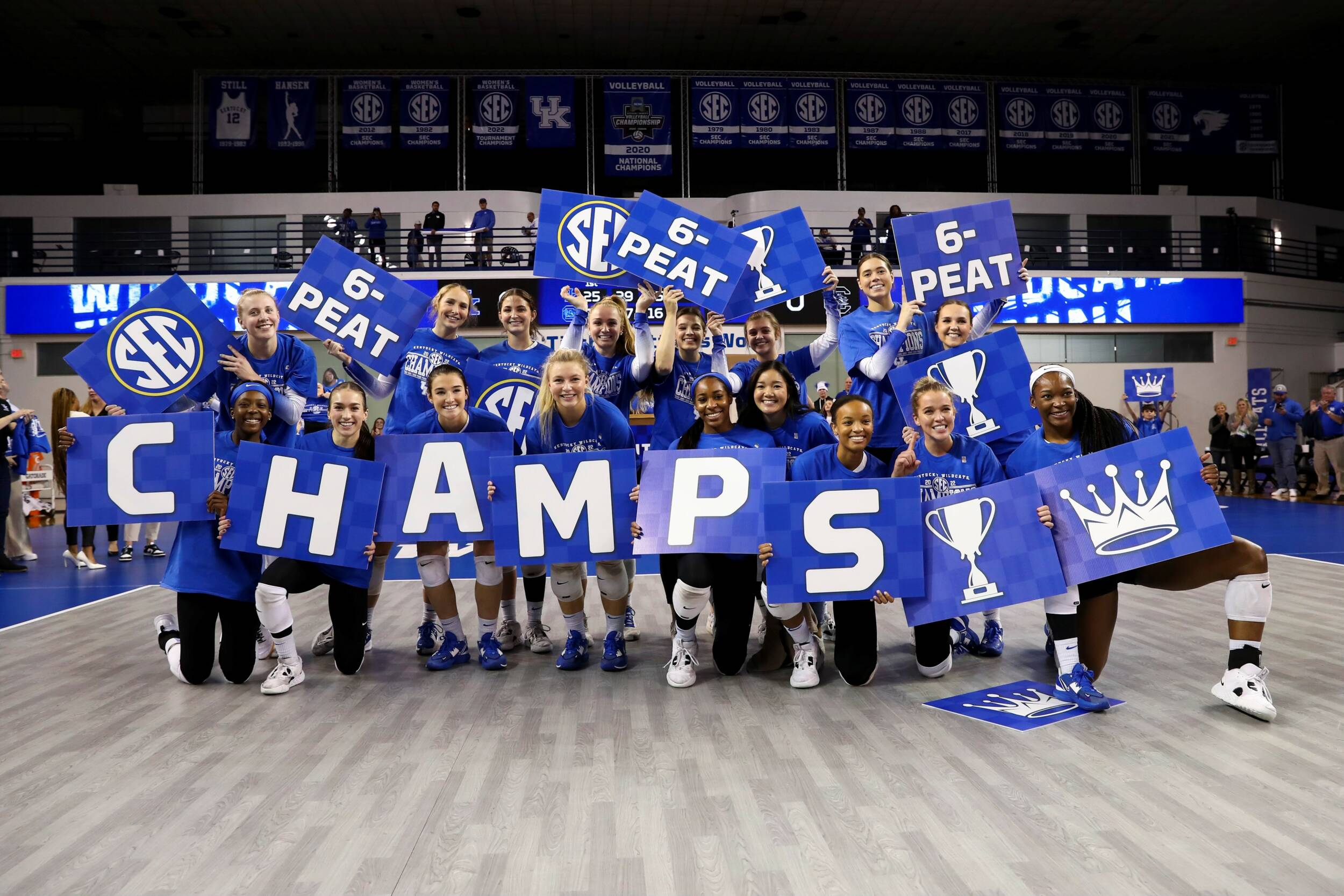 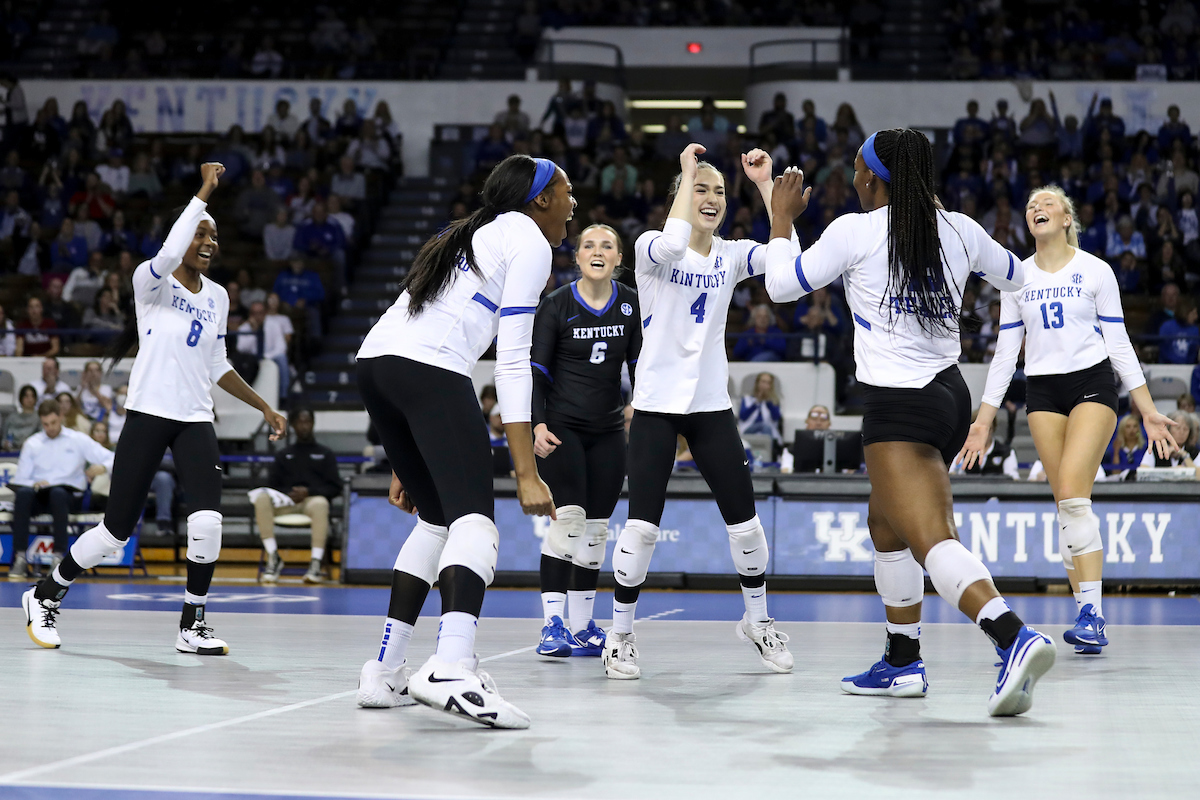