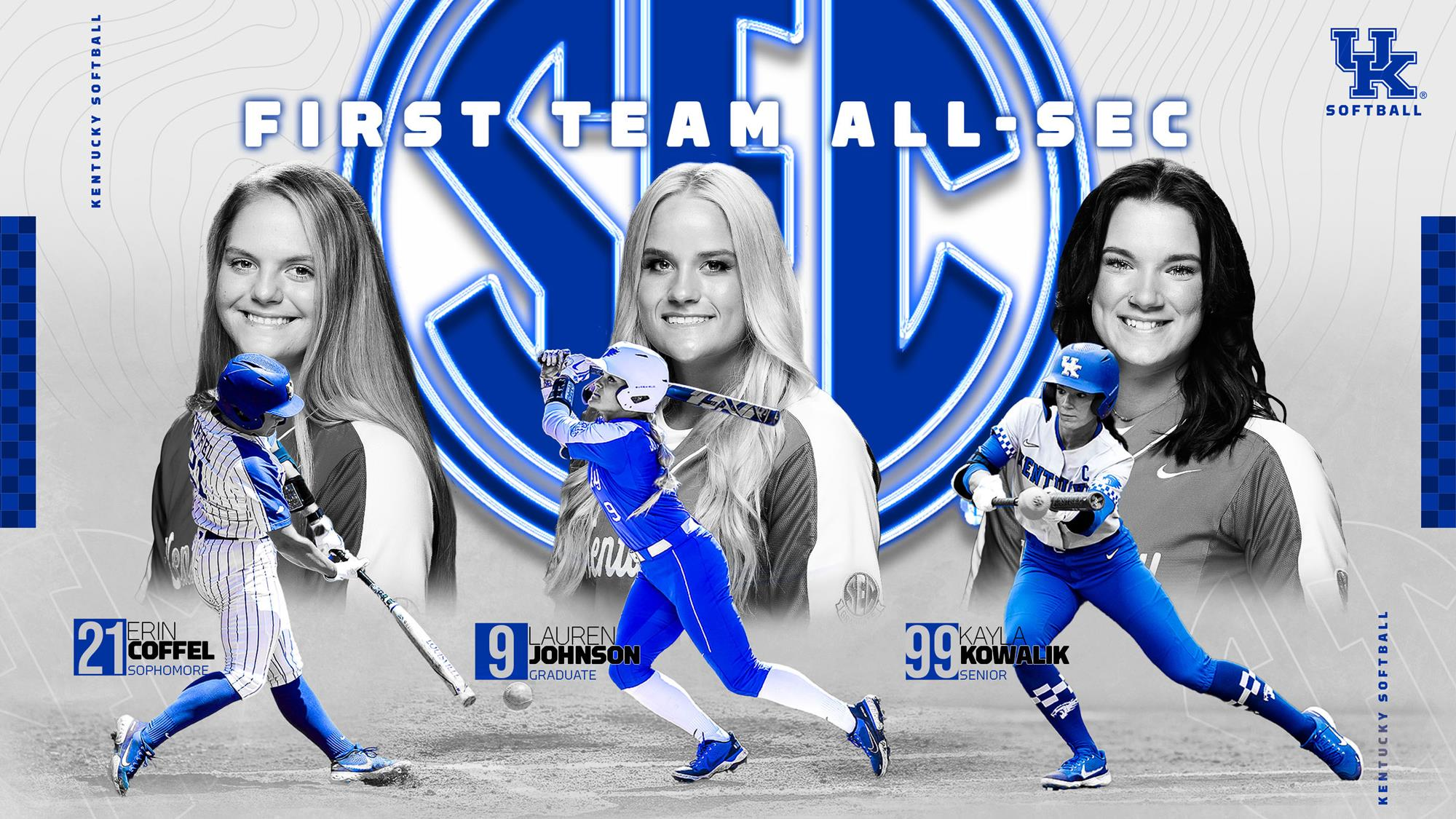 Three Kentucky players were named First Team All-SEC, including Erin Coffel, Lauren Johnson and Kayla Kowalik – all three of whom were named first team all-conference for the first time in their collegiate careers.

Renee Abernathy and Tatum Spangler were voted Second Team All-SEC, with Abernathy also taking home SEC Scholar-Athlete of the Year, which was announced Thursday prior to UK’s quarterfinal game in the SEC Tournament.