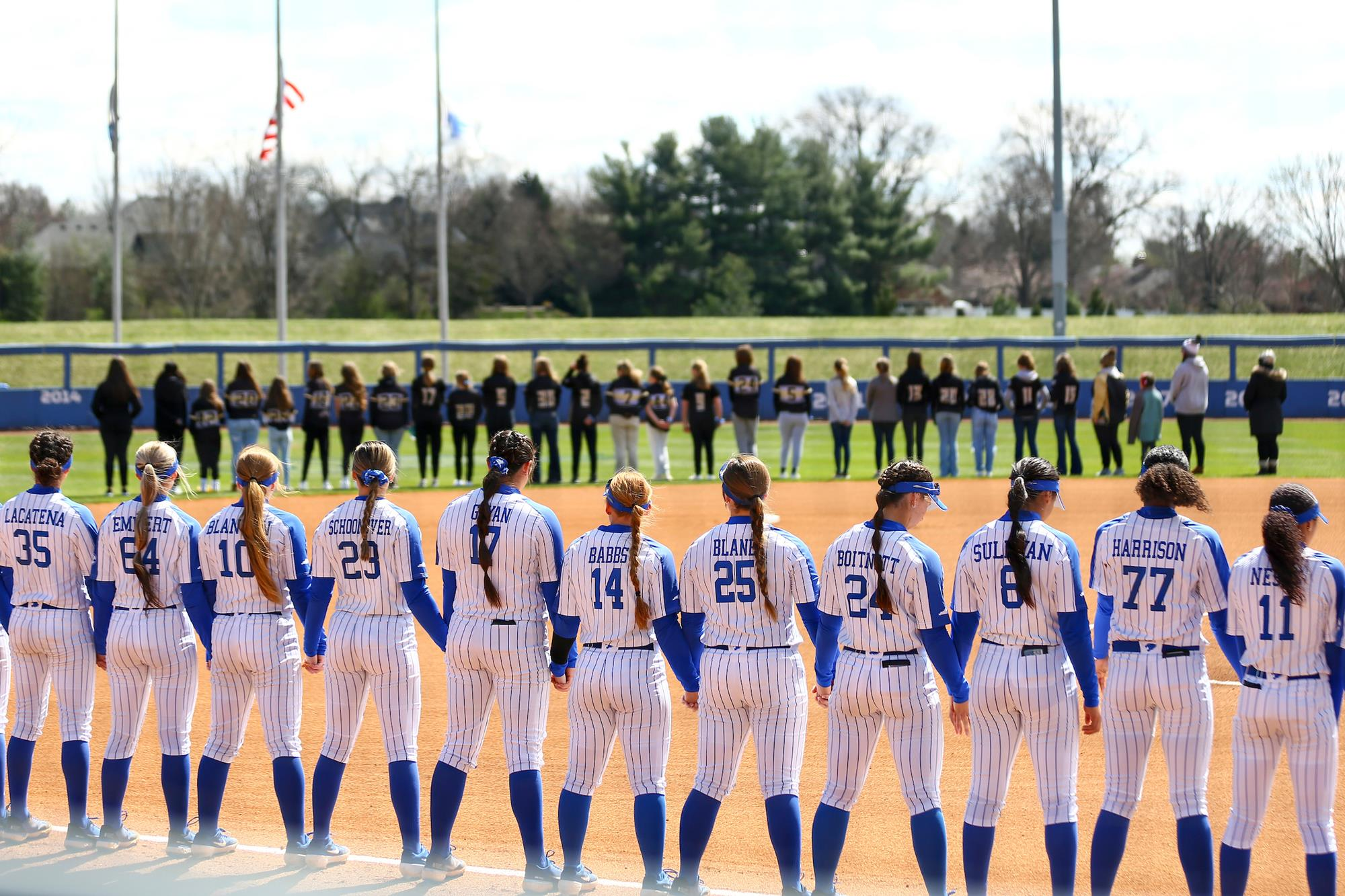 LEXINGTON, Ky. – Missouri’s Kimberly Wert went 3-for-3 at the plate Saturday afternoon and had seven RBI’s as the Tigers beat No. 9 Kentucky 13-0 in the series opener at John Cropp Stadium.

Game two of the series is Sunday at 7 p.m. ET and will be televised live on the SEC Network with Pam Ward and Jenny Dalton-Hill on the call from Lexington.

Jordan Weber pitched a complete game for Mizzou and struck out seven batters without walking a single Wildcat.

Key Play
The key play was a grand slam in the top of the second inning to make it a 7-0 lead for the Tigers.

Key Stat
7. Kim Wert had seven RBI in the game.

Key Player
Wert was also the key player in the game, going 3-for-3 at the plate with seven RBI and nine runs in total crossing on her plate appearances thanks to a Kentucky error.

Run Recap
Wert hit a three-run HR with one out in the top of the first. MIZ 3, UK 0

In the top of the second, a grand slam by Wert made it a seven-run lead for the Tigers. MIZ 7, UK 0

Four runs scored for the Tigers in the fifth thanks to a home run and two hits in the inning. FINAL – Missouri 13, Kentucky 0