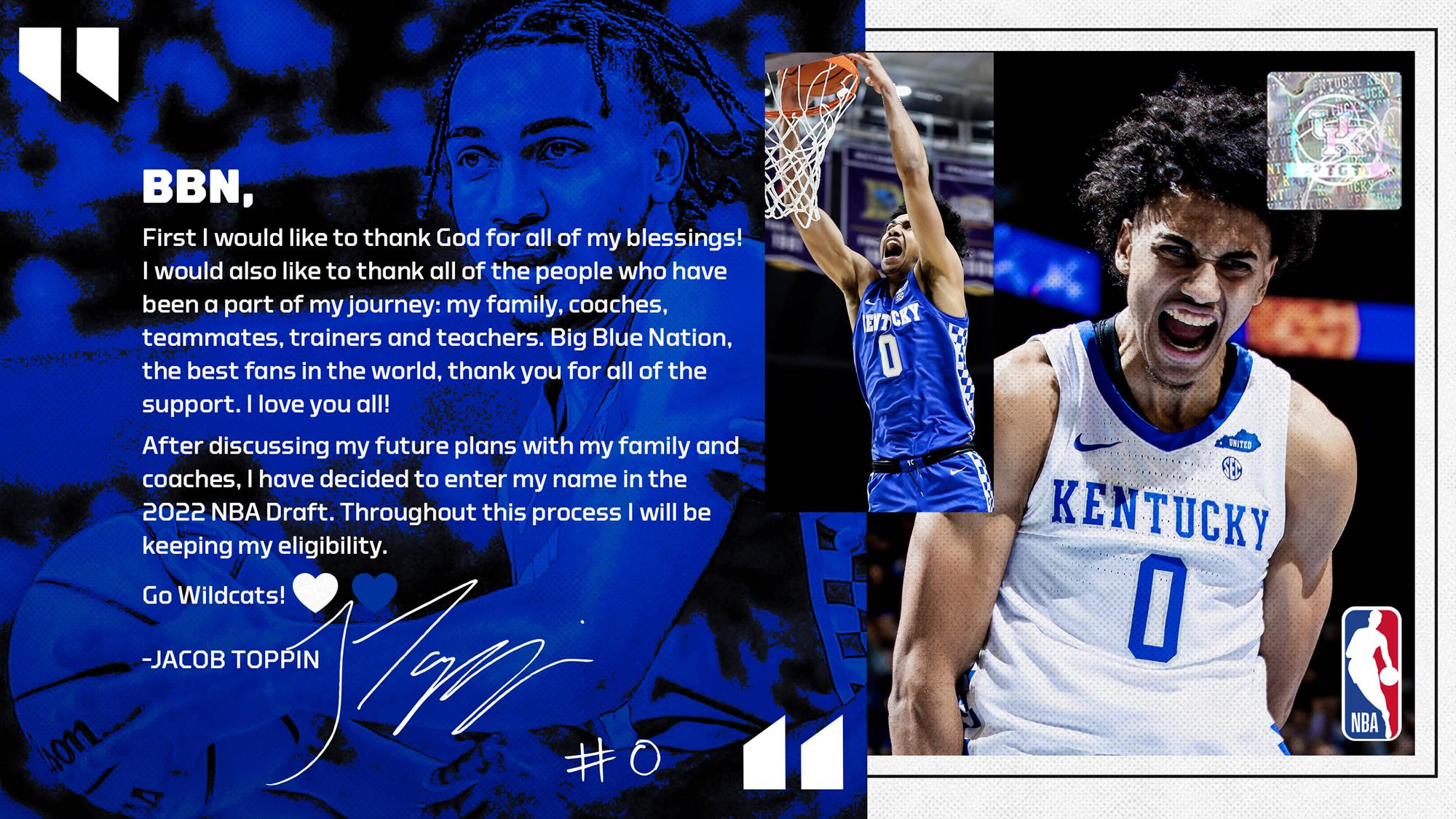 Toppin will not hire an agent at this time, although he can sign with an NCAA-certified agent, receive feedback and still return to school. The deadline to return to school is June 1.

“First I would like to thank God for all of my blessings,” Toppin said. “I would also like to thank all of the people who have been a part of my journey: my family, coaches, teammates, trainers and teachers. Big Blue Nation, the best fans in the world, thank you for all of the support. I love you all! After discussing my future plans with my family and coaches, I have decided to enter my name in the 2022 NBA Draft. Throughout this process I will be keeping my eligibility.”

Players can submit paperwork to receive evaluations from the NBA and participate – if invited – in the NBA Draft Combine which is slated to take place May 16-22.

“I think Jacob is making a good decision for him and his family by using the resources that the NCAA allows. I’m in full support of Jacob’s desire to explore his options,” UK head coach John Calipari said. “Jacob is as athletic as any player who I’ve coached and has really begun to come into his own on the court. He has all of the tools to be successful in this game, but his willingness to share and be a great teammate is a difference maker.”

Toppin has seen action in 83 career games and made nine starts throughout his collegiate career. He spent his freshman season at Rhode Island before transferring and playing for the Wildcats for the last two seasons.

Toppin had seven double-figure scoring efforts this season. He had a season-high 14 points and a career-high eight boards at LSU. Toppin poured in 13 points and added six boards in a career-high 40 minutes in the home victory over Alabama.

The 6-foot-9 forward sparked the Cats with 11 points in just 11 minutes in the upset win at Kansas and aided in the comeback effort at Texas A&M with nine points, six boards, two assists, a block and a steal.