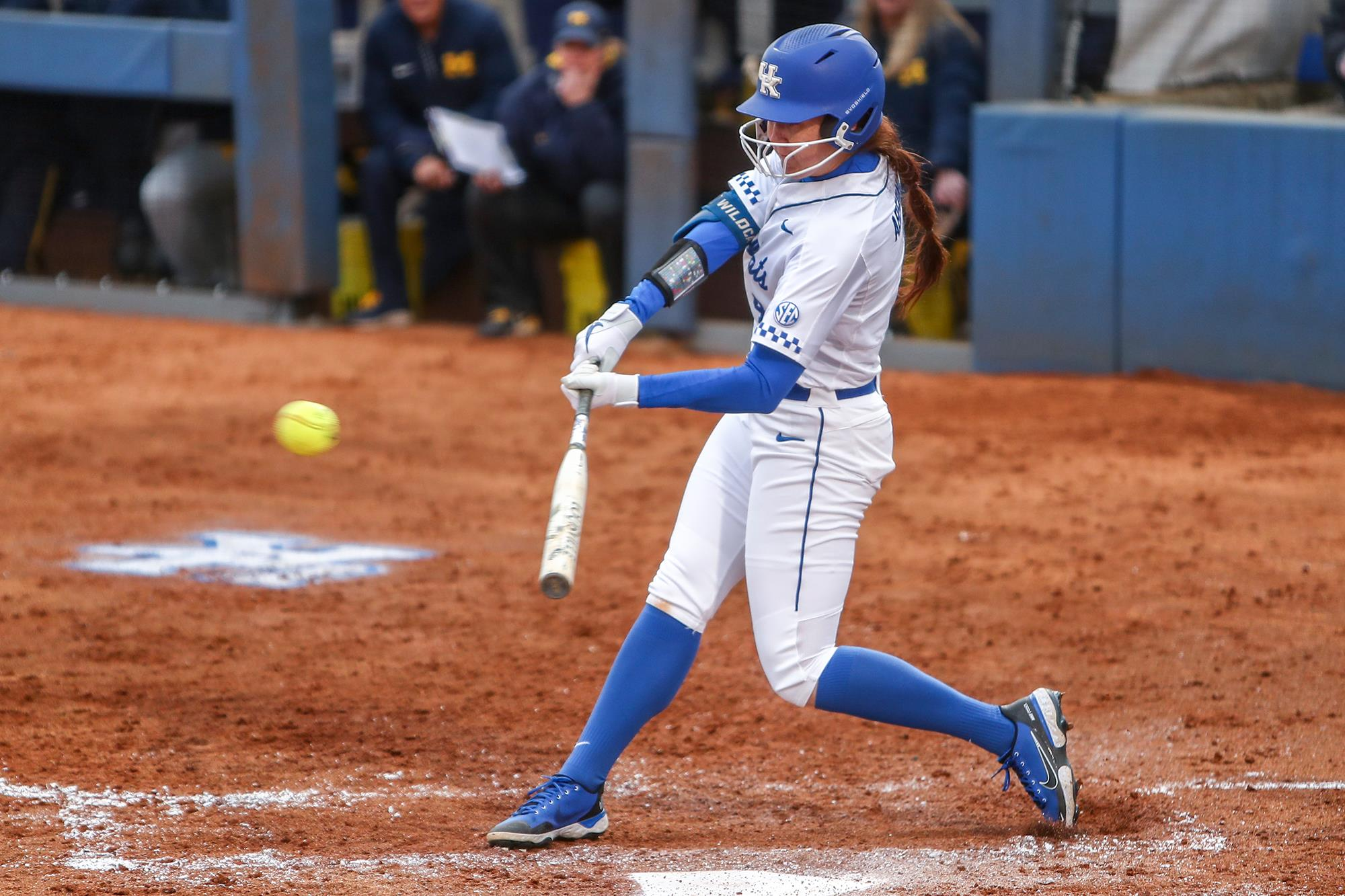 LEXINGTON, Ky. – Renee Abernathy had a 3-for-3 day at the plate Thursday with five runs batted in as the No. 9 Kentucky Softball team beat Ohio 16-8 in five innings in the opening game of the 2022 John Cropp Classic.

With Thursday’s win over the Bobcats, Kentucky improves to 17-2 on the season. Ohio falls to 4-11.

Key Play
The key play in the game was Renee Abernathy’s three-run home run in the bottom of the second inning as part of a nine-run scoring frame for the Wildcats.

Key Player
Abernathy was the key player in the game, going 3-for-3 at the plate and crossing five runs for the Wildcats on runs batted in. The Springfield, Illinois native is now hitting .362 on the season.

Key Stat
Nine. Kentucky scored nine runs in the bottom of the second inning, tying the most runs its scored in a single inning this season (vs. UC Santa Barbara).

Run Recap
A three-run homer with two outs in the top of the first put the Bobcats on top first. OU 3, UK 0

Kentucky scored nine times on four hits in the bottom of the second inning. There were four Bobcat errors at second base that allowed the Wildcats to send 12 batters to the plate. Emmy Blane had an RBI single, which was followed by RBI’s from Margaret Tobias and a three-run homer from Renee Abernathy to close out the scoring in the inning. UK 9, OU 3

A lead-off double turned into a run in the third for the Bobcats to lead off the inning. UK 9, OU 4

Ohio scored twice in the fourth on a Yasmi Longan home run to CF. UK 9, OU 6

Kentucky plated four runs in the bottom of the fourth to respond back. Emmy Blane ripped a two-run double into left center and both Abernathy and Miranda Stoddard had RBI hits in the inning. UK 13, OU 6

The Bobcats scored twice in the fifth on a wild pitch and RBI groundout. UK 13, OU 8

After Rylea Smith led off the bottom of the fifth with a single and Kayla Kowalik homered to CF, Kentucky scored the game-winning run as Renee Abernathy scored Lauren Johnson from third after she singled. FINAL – Kentucky 16, Ohio 8 (F/5)