Tuesday evening will be Senior Night at Kentucky. And while this year’s honorees did not take the traditional route to being seniors, the ceremonies and pageantry around the event will continue to have special meaning.

Kentucky will honor Kellan Grady and Davion Mintz on Tuesday prior to taking on Ole Miss at Rupp Arena (7 p.m. ET, ESPN). Grady played four years at Davidson before transferring to Kentucky for his final season. Mintz was a Creighton for four years and has now been with Kentucky for a pair of seasons.

The two honorees have been crucial for Kentucky all season but especially lately, according to assistant coach Chin Coleman.

“I think Davion and Kellan, to be down two tough games that we had to play here at home without Sahvir (Wheeler) and TyTy (Washington Jr.),” Coleman said. “The next man up mentality that we have on our team and in our locker room is unbelievable. Every single guy has had their moment. Every single guy on our roster has had the opportunity to impact winning at some point in time.

Mintz considers himself lucky to be playing at Kentucky. He still has to pinch himself occasionally as a reminder that he’s really a Wildcat.


“Sometimes even during the games I’m still like, ‘Man, I really go to Kentucky. I’m really here right now,'” Mintz said. “There’s a lot of emotions that go into (Senior Night), because my journey’s been crazy.”

Kentucky is coming off a 75-73 loss at Arkansas on Saturday. The Cats continue to try to position themselves from the NCAA Tournament, which is just a couple of weeks away. Coleman thinks that this squad has the ability to bounce back from losses because of the team makeup.

Kentucky has proven that it can overcome losses this season. The Cats are 5-0 following losses and the average margin of victory in those games is over 20 points.

There is still much to be determined about Kentucky’s postseason, including next week’s SEC Tournament. The Cats could finish anywhere between first and fourth in the standings, depending on what happens this week. Therefore, being able to bounce back from Saturday’s setback at Arkansas could be pivotal.

With seniors like Grady and Mintz, the Cats like their chances of being able to do just that.

JD Notae had 30 points and eight assists, and No. 18 Arkansas topped No. 6 Kentucky 75-73 on Saturday in Bud Walton Arena in a matchup of teams peaking late in the season.

Jaylin Williams added 16 points and 12 rebounds as Arkansas (23-6, 12-4) helped create a tie with Kentucky (23-6, 12-4) and Tennessee for second place in the Southeastern Conference standings with two games to play. The Razorbacks won for the 13th time in their last 14 games.

Notae passed to Williams for a jump shot that lifted Arkansas to a 71-70 lead with 1:22 left. Williams and Davonte Davis each made two free throws to help the Razorbacks hold on down the stretch.

Both teams remain in contention for the regular-season SEC title.

Oscar Tshiebwe had 30 points and 18 rebounds for the Wildcats, who lost for the only the second time in their last 10 games. Sahvir Wheeler and Keion Brooks Jr. each scored 14 points.

• It was Tshiebwe’s 23rd double-double of the season; also his 11th straight double-double, first Wildat to do that since Dan Issel had 12 consecutive in the 1969-70 season
• Sahvir Wheeler and TyTy Washington Jr. returned to action after missing the previous two games because of injury
• Kentucky won the rebounding, 39-32; second-chance points, 13-7; points in the paint, 42-36; fast-break points, 16-9; and bench points, 24-7

With a 17-0 record in Rupp Arena this season, a win over Ole Miss would give Kentucky an undefeated slate at home for 2021-22. 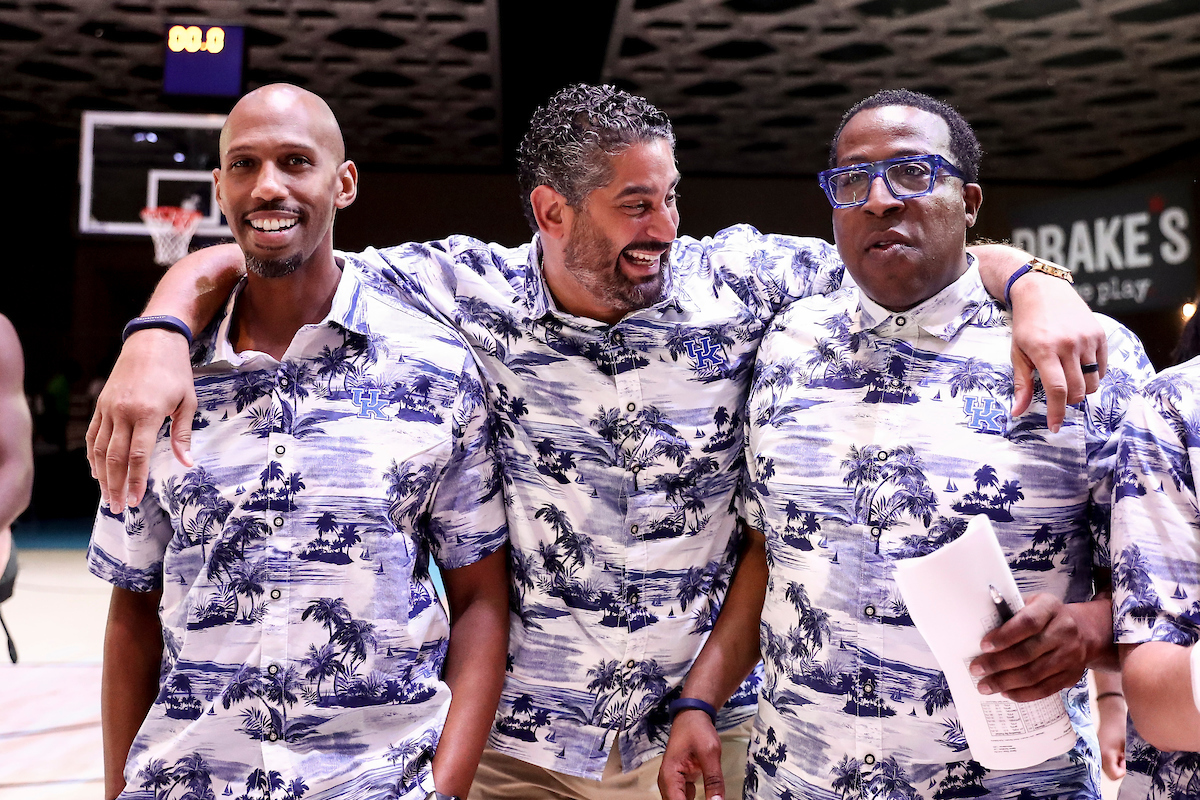