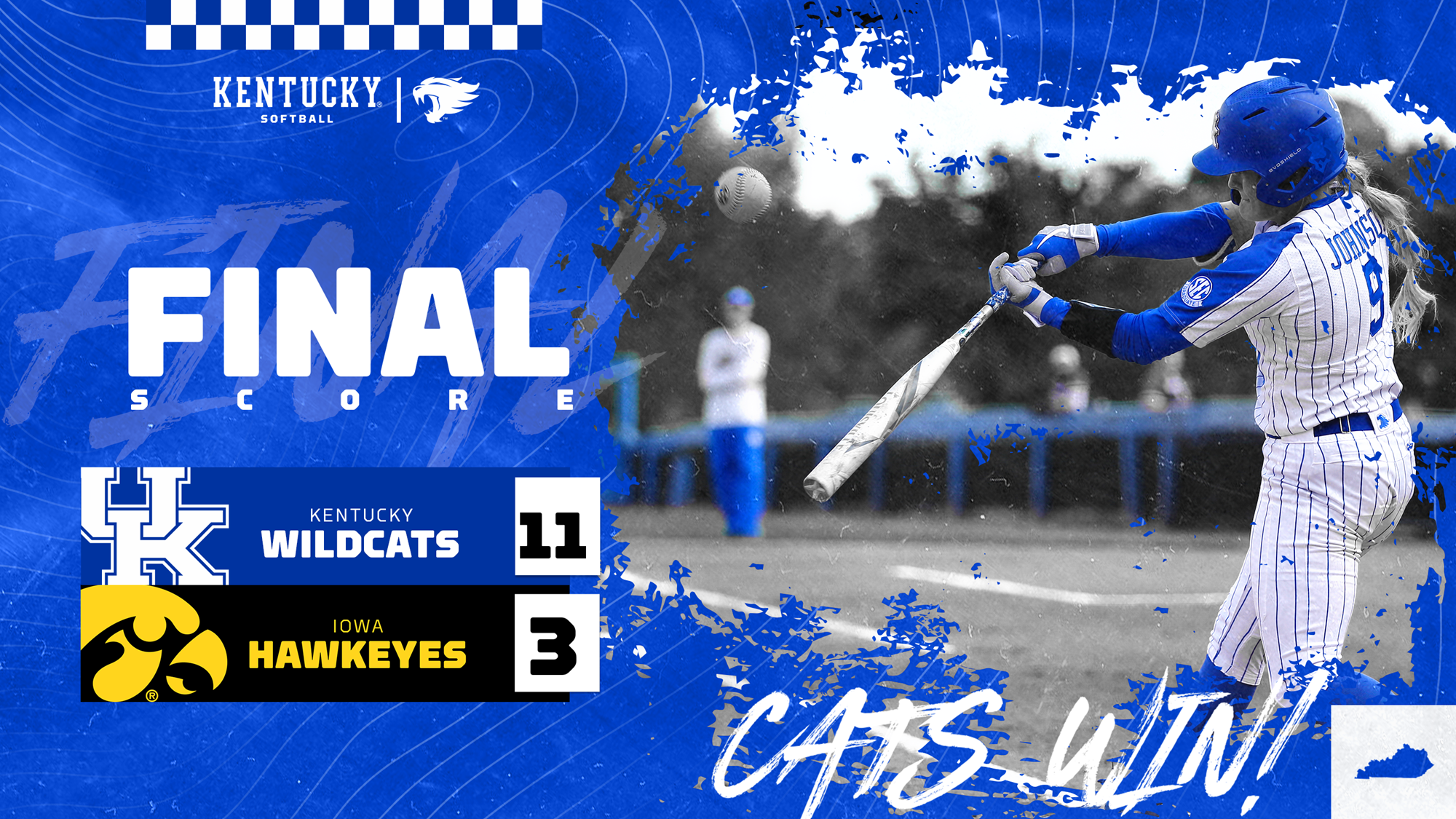 Kentucky registered 11 runs on 12 hits Saturday afternoon with two four-run innings for the Wildcats coming in the second and fifth frames. Kennedy Sullivan earned the win Saturday, her first as a Wildcat, pitching 2.0 innings with two key strikeouts and allowing only two hits.

UK improves to 4-0 on the year and will close out opening weekend against No. 12 Virginia Tech on Sunday at 10:30 a.m. ET from Sleepy Hollow Sports Complex. The game will be streamed live on FLOsoftball in addition to live stats being available at UKathletics.com.

Key Play
Lauren Johnson had two triples in the game, with both coming as multi-RBI opportunities. The key play in the game however was in the top of the second inning, as she roped a two-out triple into right to score Rylea Smith, Kayla Kowalik and Miranda Stoddard to make it a 4-0 UK lead.

Key Player
The key player in the game was Lauren Johnson who went 3-for-3 at the plate with a single, two triples, five runs batted in and a sacrifice.

Key Stat
The key stat in the game is four. UK used four different pitchers in the game to get the five-inning win. Sloan Gayan started the game and went 1.2 innings with Tatum Spangler throwing 1.0 inning before Kennedy Sullivan entered. Sullivan went 2.0 innings bookending an appearance from Alexia Lacatena who got a key out in the Hawkeye fourth.

Run Recap
Erin Coffel hit a two-out single up the middle to score Rylea Smith from second in the top of the first inning to give UK an early lead in the contest. UK 1, UI 1

Kentucky loaded the bases with nobody out in the top of the second inning and Kayla Kowalik was walked to force in a run in the form of Jaci Babbs. Lauren Johnson then hit the first of two triples on the day for the Owensboro, Kentucky native and that cleared the bases to make it a 5-0 lead for the Wildcats. UK 5, UI 0

In the top of the fourth, a walk to Kennedy Sullivan and three-straight singles by Kayla Kowalik, Rylea Smith and Lauren Johnson resulted in a pair of runs crossing as Erin Coffel drove in her second run of the game on a sacrifice fly to center. UK 7, UI 0

Iowa took advantage of a Kentucky miscue in the bottom of the fourth inning to score three runs, all with two outs, thanks to an RBI double and a two-run, two-out, two-RBI single to close the gap. UK 7, UI 3

Kennedy Sullivan sent the Hawkeyes down in order in the bottom of the fifth to close out the game. FINAL – Kentucky 11, Iowa 3 (F/5)