Oscar Tshiebwe on Naismith Trophy Player of the Year List

Tshiebwe also has been named to the Lute Olson Watch List and the John R. Wooden Award for its player of the year honors. The Sporting News and The Athletic have both tabbed Tshiebwe to their midseason All-America Teams, and he’s among 10 finalists for the Naismith Defensive Player of the Year honor. Furthermore, he is on the Kareem Abdul-Jabbar Award Top 10 which honors the nation’s best center.

Tshiebwe has made a national name for himself with rebounding numbers that haven’t been seen in decades at the Division I college basketball level.

Tshiebwe has five 20 or more rebounding efforts, tying Blake Griffin and Tim Duncan for the most by a major-conference player since 1996-97. He is amid a stretch with double-figure rebounds in 11 straight games, the longest streak for a Wildcat since Dan Issel had 12 such games in 1969-70.

The Democratic Republic of the Congo native has amassed 363 total rebounds on the season, 71 more than the next closest player this season.

There’s certainly been more than one defining moment for Tshiebwe as he leads the Wildcats in scoring (15.9), rebounding (15.1), steals (1.9), blocks (1.5) and field-goal percentage (60.2%). He is the only major-conference player averaging at least 1.5 blocks and at least 1.5 steals per game this season.

Included in his five 20-rebound games was a record-setting 28-board performance in a dominating win over Western Kentucky. The 28 boards crushed the Rupp Arena record of 21 previously held by Shaquille O’Neal.

Not only did Tshiebwe record more rebounds than WKU’s entire team – and against the tallest player in the country, Jamarion Sharp, who stands at 7-foot-5 – his total tied for the sixth-most rebounds in UK history and the most in more than 45 years, when Mike Phillips corralled 28 caroms in an overtime game vs. Tennessee on Jan. 10, 1976. They are the most for a Wildcat in a regulation-length game in more than 52 years, when Dan Issel grabbed 29 rebounds vs. LSU on Feb. 22, 1969. According to STATS, his 28 rebounds are also the most in Division I college basketball since Kendall Gray from Delaware State recorded 30 at Coppin State on March 5, 2015.

Against Mississippi State on Jan. 25, Tshiebwe logged 21 points and 22 rebounds to become the first UK player to have a 20-20 game since Phillips achieved the feat twice in 1976.

Tshiebwe is looking to become the first Division I player to average at least 15.0 points per game and at least 15.0 rebounds per game since Drake’s Lewis Lloyd and Alcorn State’s Larry Smith each did during the 1979-80 season.

The last UK player to average at least 14.0 rebounds per game in a season was Ed Beck in 1956-57. Bob Burrow owns the Kentucky single-season record of 17.7 rebounds per game, which was set during the 1954-55 season. Only two players under John Calipari have averaged double-figure rebounds for a season: Anthony Davis (2012) and Julius Randle (2014) both hauled in 10.4 per game.

Put another way, Tshiebwe is responsible for 36.7% of all of UK’s rebounds this season. Taking away team rebounds, that percentage jumps to 40.0%.

The 255-pound forward is no pushover offensively either. With improved post work and the second-chance opportunities he is creating for himself on the glass, Tshiebwe is shooting 60.2% from the floor and has scored 20 or more points a team-high seven times, including a career-high 30 points at Vanderbilt. He was the first UK player to tally a 30-point, 10-rebound game since Patrick Patterson had 33 points and 11 rebounds against Tennessee State on Dec. 22, 2008. Tshiebwe is also the first Wildcat to score at least 29 points in consecutive SEC games since Kenny Walker in February 1985.

Tshiebwe and the Wildcats return to action at home when they host Florida on Saturday at 4 p.m. ET. The game will be televised by ESPN. 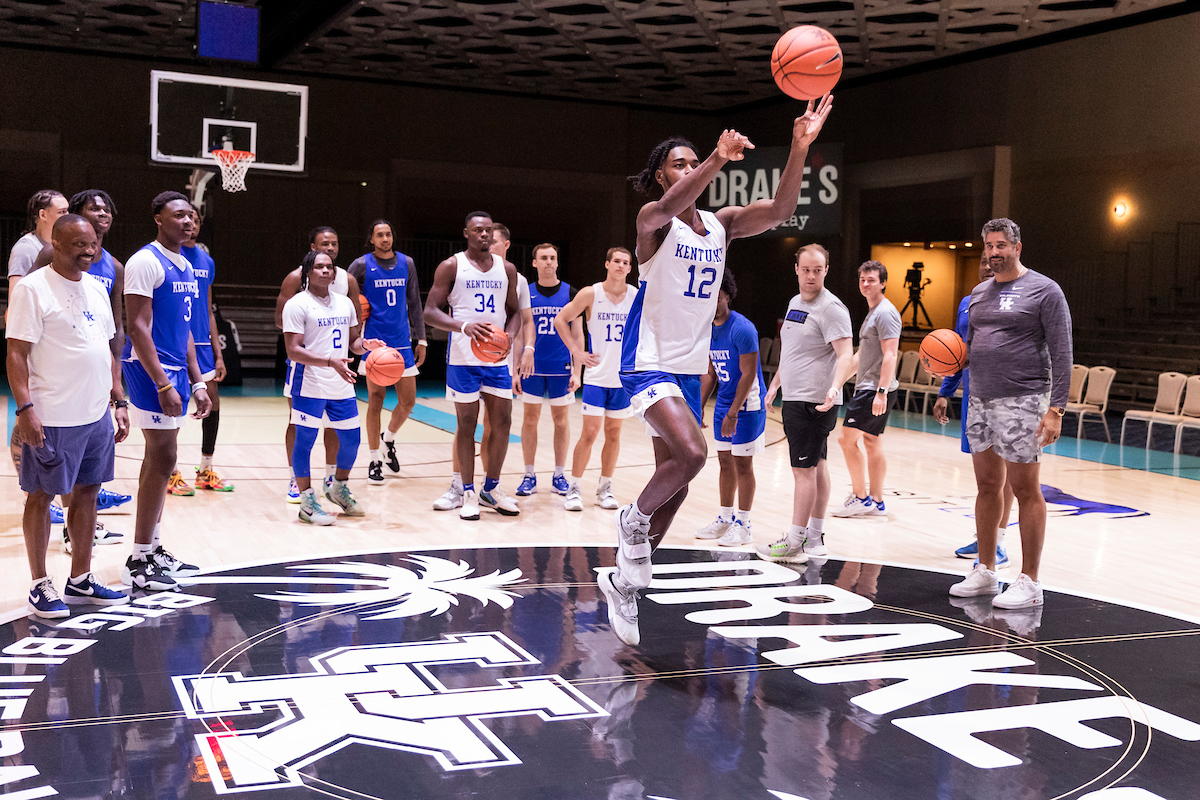