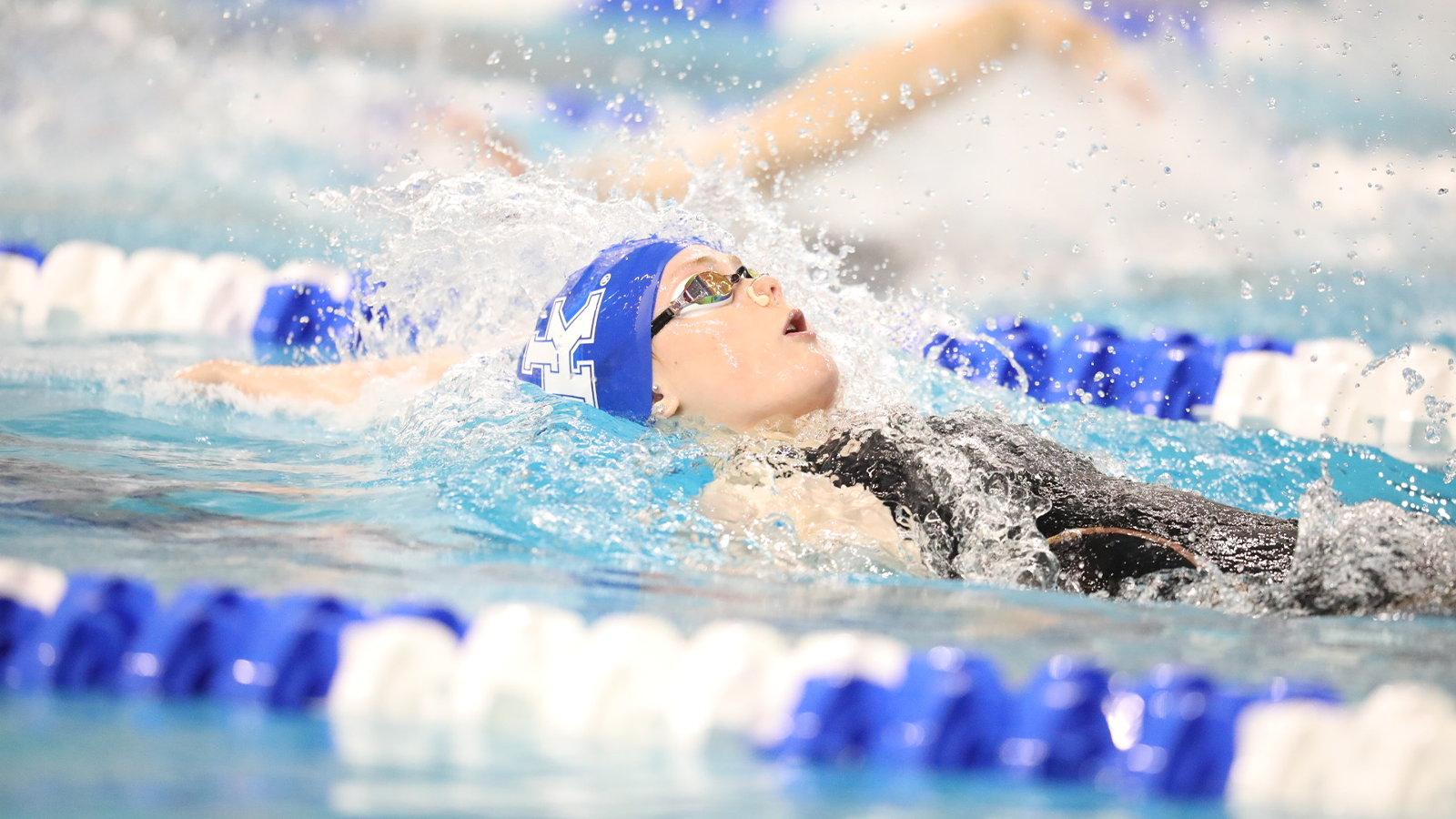 COLUMBUS, Ohio – Riley Gaines, Kyndal Knight, and Sophie Sorenson earned wins and the Wildcats achieved 20 more NCAA B cuts as the No. 13 University of Kentucky men’s and women’s swimming and diving team concluded the Ohio State Invitational in Columbus.

“Overall, I thought it was a really good meet and that both the men’s and women’s teams fought hard throughout the weekend,” said head coach Lars Jorgensen. “We need to get better in a lot of areas heading into SECs and NCAAs next semester, but I know we’re on the right path.”

Knight kicked off the final day of competition by winning the women’s platform with a score of 297.40 as Morgan Southall earned a personal best of 225.85 for 10th. On the men’s board, Danny Zhang was the runner-up in 396.70 with Rodrigo Romero diving to seventh in 342.05.

Jackson Mussler earned the B standard in the men’s 200 back, posting a lifetime best of 1:44.98 to finish sixth overall. Also achieving the qualifying time was Gaines in the women’s 100 free after taking second in 48.43, just off her personal best of 48.21.

Mason Wilby dropped over a second off his prelims time to finish third in the men’s 200 fly in 1:43.79, with his time well under the B qualifying standard of 1:46.69. The team of Gati, Gaines, Sorenson, and Kaitlynn Wheeler concluded the meet by finishing third in the 400 relay in 3:18.08.

“In terms of comparing this to last year, I think we’re in a really good spot,” said Gaines. “We have a lot of work to do and a lot of ground to cover before February and March, but it was a good progress report for us to see where we are compared to other schools.”

“I thought it was a great weekend, and it was really cool to have a three-day meet format and have all the guys suit up,” said Wilby. “A special shout out to the freshmen for their first invite meet. It will be nice to have a big training block before we’re back here for a meet with Ohio State and Texas.”

A select number of qualified UK swimmers will compete at the Toyota U.S. Open on Dec. 1-4 in Greensboro, North Carolina. The Wildcats officially return to competition on Jan. 14-15, 2021, as they travel back to Columbus to face Ohio State and Texas in a tri-meet at the McCorkle Aquatic Pavilion.