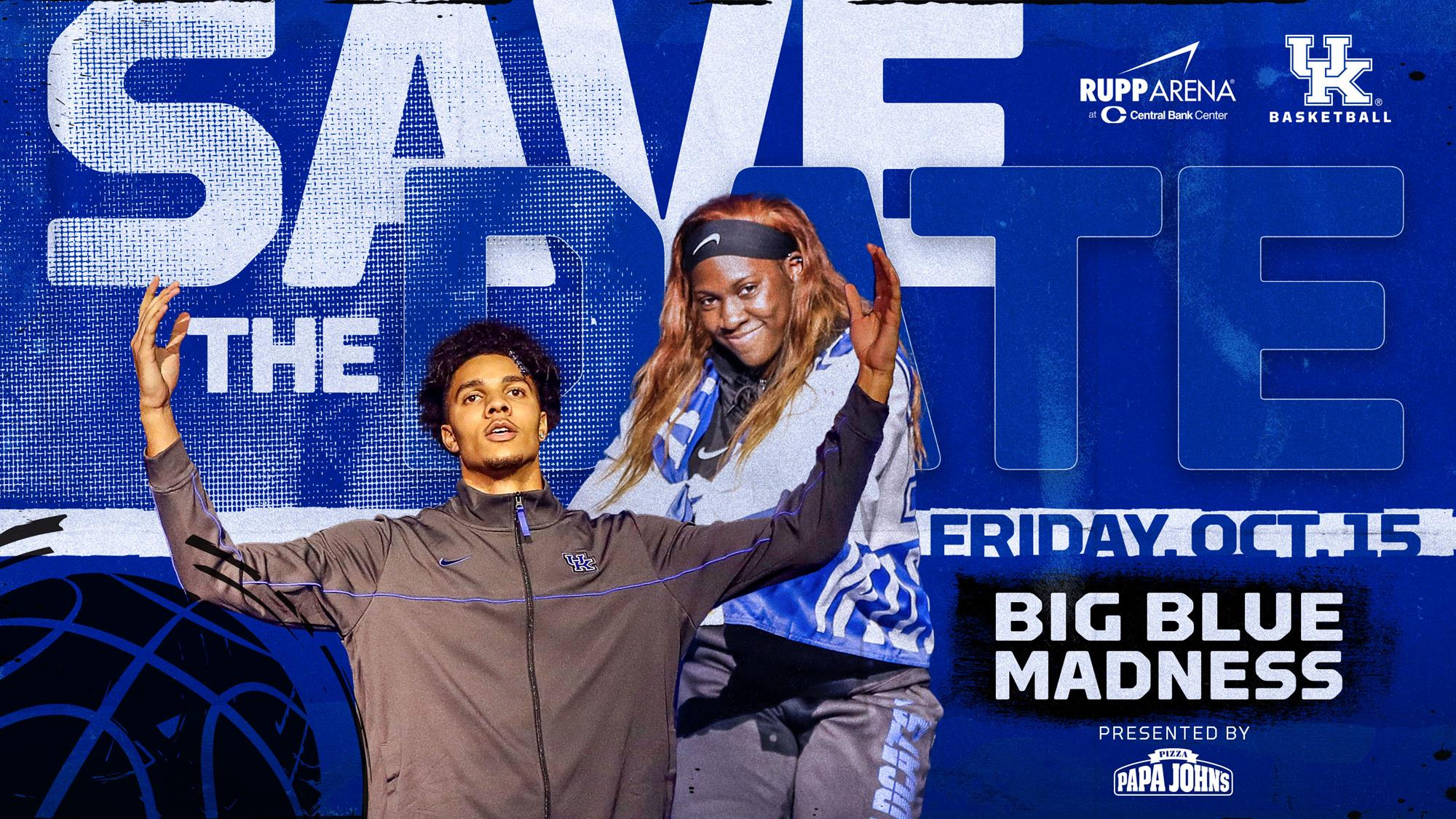 While continuing to monitor the latest health and safety guidelines from local and national authorities, UK Athletics plans to operate venues at full capacity this season, including at Big Blue Madness and the Blue-White Game.

Tickets to Big Blue Madness will be free again this year but there will be no in-person public distribution at Memorial Coliseum due to health and safety measures. Ticket distribution details will be announced later.

Ticket information for the Blue-White Game Presented by Big O Tires, the men’s intrasquad scrimmage, will also be announced later.

Big Blue Madness Presented by Papa John’s will feature introductions of both the men’s and women’s basketball teams, practice drills, videos and more. This will be the 16th time Madness has been held in Rupp Arena. Last year’s event took place in Memorial Coliseum as a TV-only event for fans due to the COVID-19 pandemic.

Complete schedules for both the men’s and women’s basketball teams are expected to be announced soon.

Renewals are available online through each season ticket holder’s My UK Athletics Account. Printable invoices are also available online by visiting My UK Athletics Account for those who wish to complete their renewal by mail. Fans needing assistance with their online account are encouraged to contact the UK Ticket Office at (859) 257-1818 (option 4) or send an email to uktickets@uky.edu.

The men will enter the 2020-21 season as a Final Four contender with one of the nation’s most experienced teams in the country. UK’s 2021-22 roster currently features a sixth-year graduate, a fifth-year graduate, a redshirt junior, six juniors, a redshirt sophomore, two sophomores, and three highly touted four- and five-star freshmen.

During the 2020-21 season, Kentucky defeated five ranked opponents, including back-to-back against top-15 teams for the first time since 2013. The two wins led Elzy to be named the espnW National Coach of the Week and the United States Basketball Writers Association tabbed UK its first-ever team of the week. UK was one of 10 teams in the nation to have four wins against top-25 NCAA NET teams entering the tournament.

The Wildcats will return a large chunk of their production from the 2020-21, including consensus first-team All-America honoree Rhyne Howard. Howard averaged 20.7 points per game last season, adding 7.3 rebounds per game and a team-best 91 assists. Kentucky’s third, fourth and fifth-leading scorers also return in Dre’una Edwards, Robyn Benton and Blair Green. Point guard Jazmine Massengill, who missed the first half of the season due to NCAA transfer rules after finishing second on the team in assists per game. In all, UK returns 70 percent of its scoring, 3-pointers made and assists, while it brings back 64 percent of its rebounding and 60 percent of its steals.