EUGENE, Oregon – Masai Russell, Faith Ross, Celera Barnes and the 4×400 relay of the Kentucky women’s track and field team qualified for finals during semifinal action Thursday at the 2021 NCAA Championships at Hayward Field on the University of Oregon campus.  Those finals will run Saturday.

Russell was the first female Wildcat to punch her ticket to the finals when she clocked 12.93 seconds in the 100-meter hurdles, finishing seventh in the semifinals. Faith Ross narrowly missed qualifying in a heartbreaker, as her 12.94 time was a mere .01 away from advancing.

Ross didn’t let the disappointment slow her down, however.  In the 400m hurdles, she bounced back with a personal-best time of 56.68 seconds that is No. 5 in school history and qualified her for Saturday.  She will be joined by Russell, who advanced by winning her heat in 57.06 seconds and will be in both hurdles finals.

Barnes also advanced in the 100m semi by finishing seventh with a time of 11.39 seconds.

The 4x400m relay closed the evening in fine form, as Ross, Megan Moss, Barnes and Dajour Miles went through with a solid mark of 3:32.69.

Meanwhile, in the field events, Molly Leppelmeier tied her own school record in the hammer throw, slinging the weight 212’0″/64.62m.  She placed 18th overall. 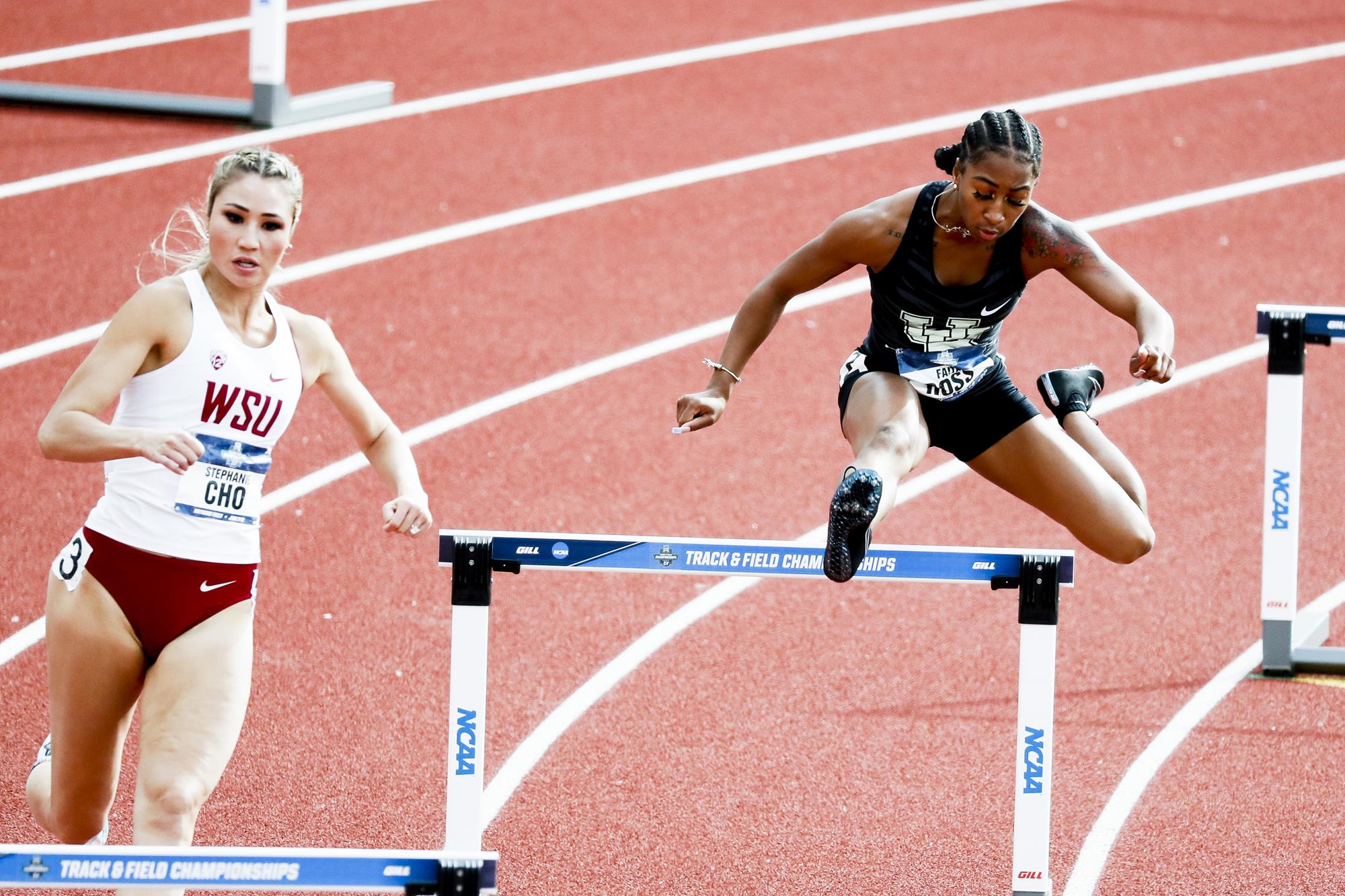 
On Friday, the Kentucky men return to the stadium with five entries. Charles Lenford Jr. and Josh Sobota will compete in the discus throw, followed by the finals of the track events – Tai Brown in the 110m hurdles, Dwight St. Hillaire in the 400m dash and the 4×400 relay.

The Wildcats enter the final day of men’s competition in fourth place. On Wednesday, Keaton Daniel earned the silver medal in the pole vault and Josh Sobota was fifth in the shot put, combining for 12 team points.

The meet wraps up Saturday with the finals of the women’s competition.  Russell, Ross, Barnes and the 4×400 relay will be joined by Annika Williams in the high jump. 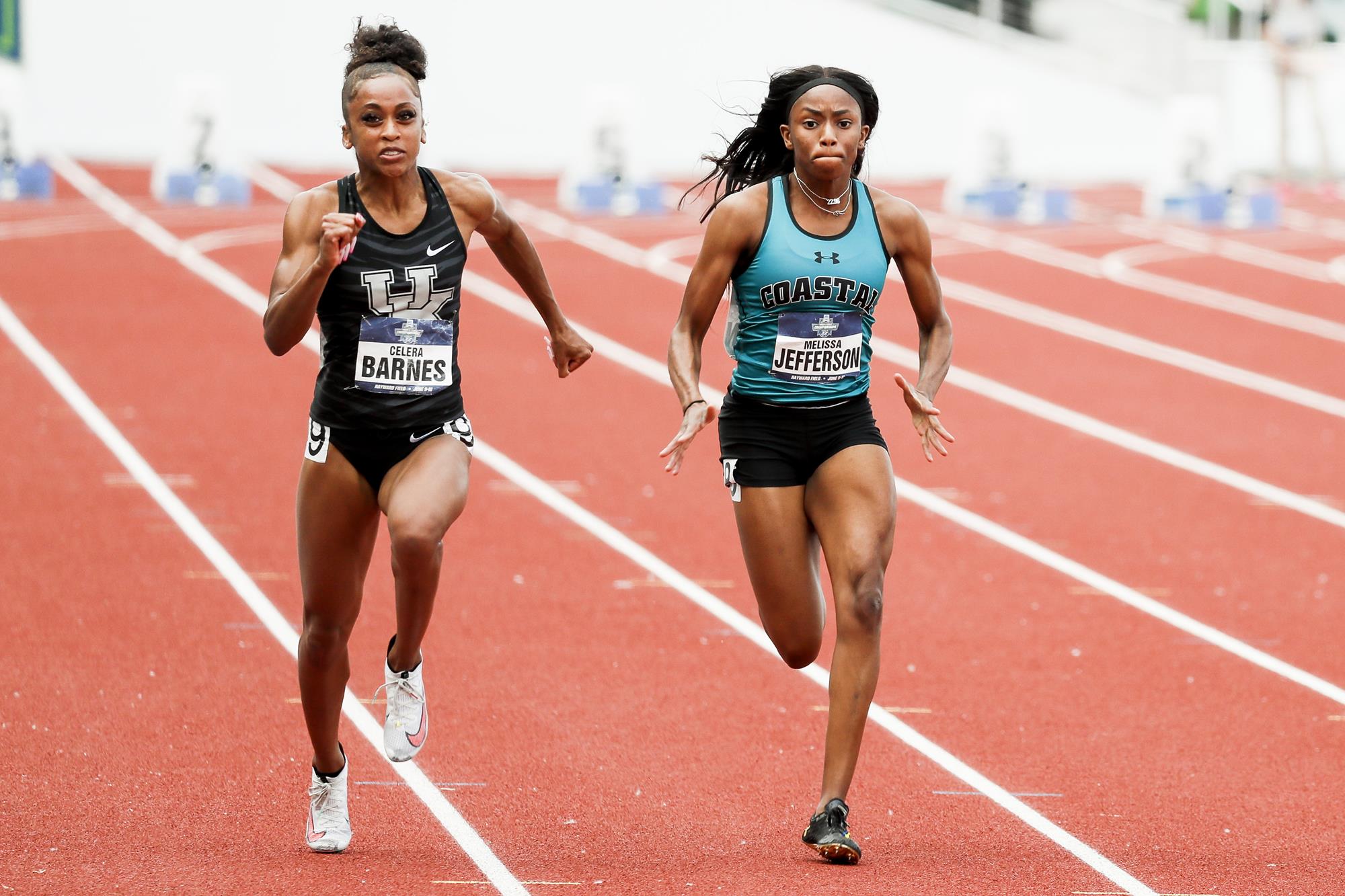 Here is the meet schedule with Kentucky entries, listed in Pacific time: