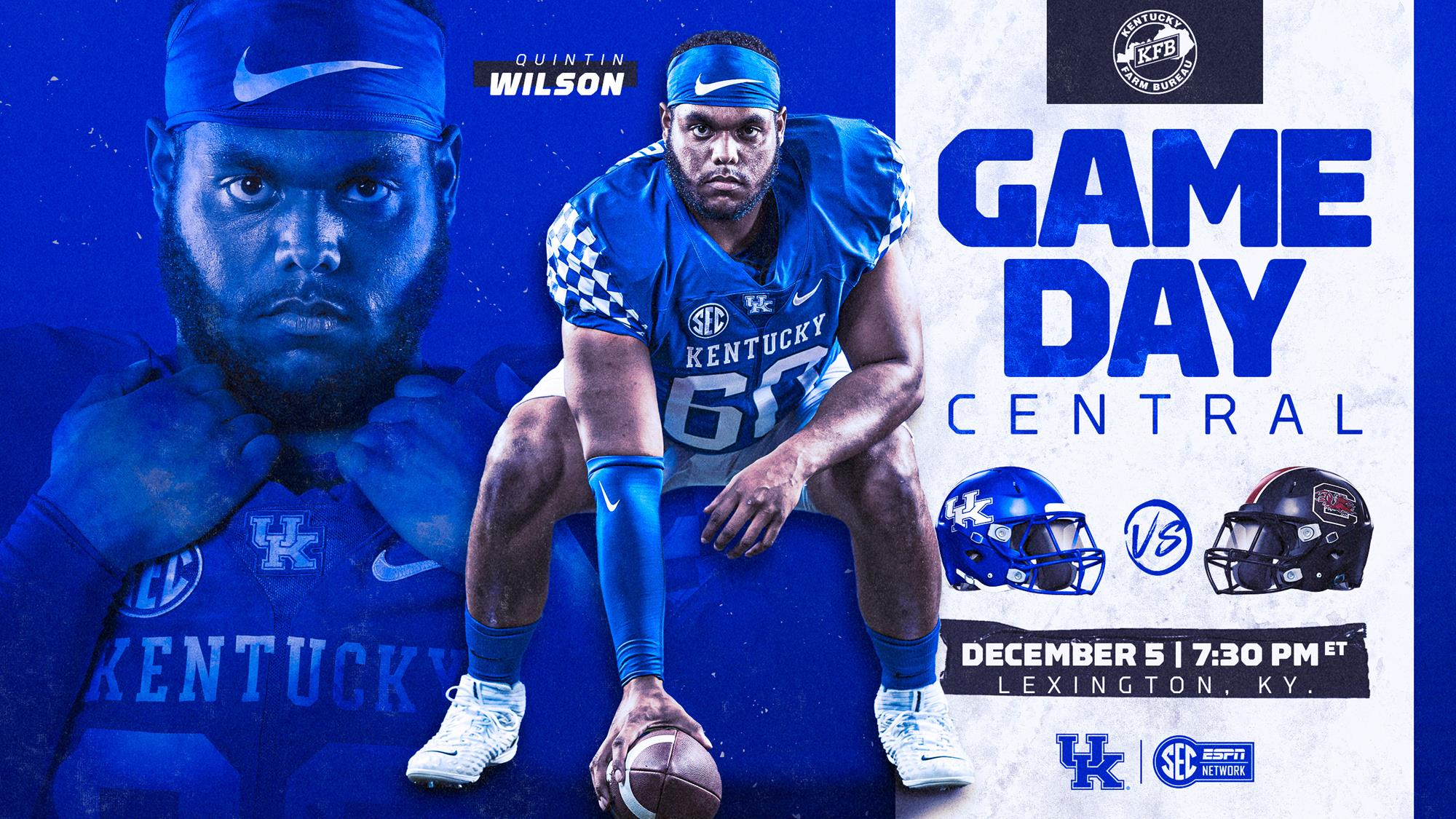 Kentucky closes the most unusual of regular seasons this Saturday when it plays host to South Carolina on Senior Day at Kroger Field. Game time is 7:30 p.m. EST and it will be televised on the SEC Network.

The Wildcats will honor 19 players before the game, a group that has played a significant role in Citrus Bowl and Belk Bowl victories, the first 10-win season and winning SEC record since 1977, ending a 31-year losing streak to Florida, the first win at Tennessee since 1984, five wins over ranked opponents and back-to-back blowouts of rival Louisville.

The game also offers an opportunity for the Cats to end a third consecutive regular season with a win and create momentum at the end of a season that has tested their resolve both on and off the field. It could also see running back A.J. Rose Jr. enter the school’s all-time career rushing top 10 if he rushes for at least 48 yards.

South Carolina has had its own trials this season and are coached on an interim basis by Mike Bobo, who had previously been the head coach at Colorado State. Kentucky has won five of the past six meetings between the SEC East rivals.


Cat Scratches: Kentucky Hopes to Send Seniors Out in Style

Kentucky’s football senior class will play its final home game on Saturday when the Cats host South Carolina at Kroger Field. The 2020 seniors have played a huge role in building the program to a high level during their time in Lexington.

Counting this and the previous three, Kentucky has won 28 games in a four-year span. The Cats have been to three bowl games, winning the Citrus Bowl following the 2018 season and winning the Belk Bowl last year. That 2018 team also won 10 games and had one of the best seasons in Kentucky football history.

UK head coach Mark Stoops knows how vital this group has been to the program.

• Be UK’s sixth in the past seven games in the series.
• Be the fourth consecutive win for UK in Lexington vs. South Carolina.
• Be the third straight season the Cats have won their regular season finale.
• Improve UK’s record vs. SEC East foes Missouri, South Carolina and Vanderbilt to 17-7 under coach Mark Stoops.