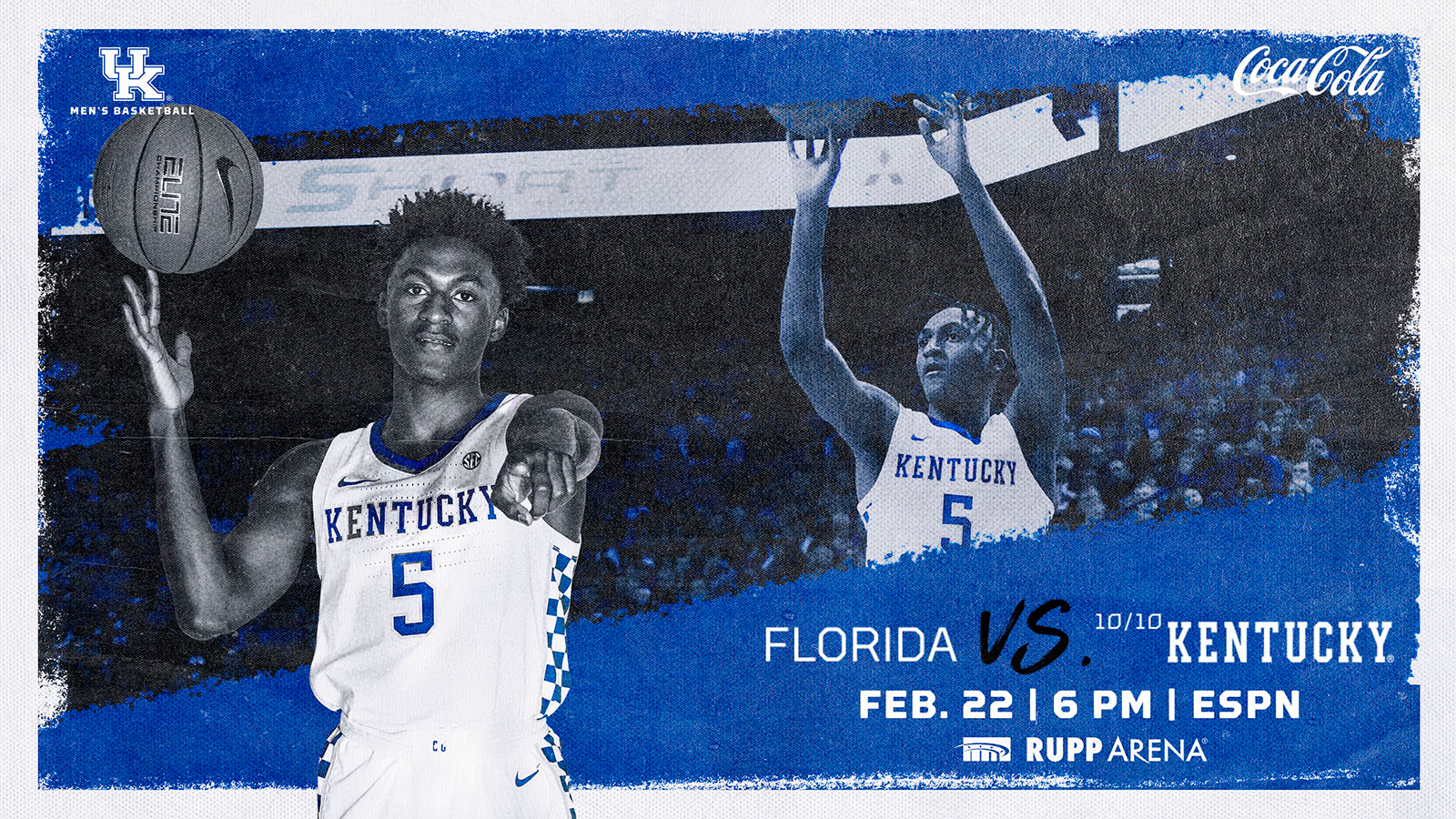 No. 10 Cats Prepared to Host Gators on Saturday

The first thing that come to Nick Richards’ mind – other than the pain he was feeling – was disbelief.

Late in a big road win at LSU that gave Kentucky a two-game cushion in the race for the Southeastern Conference title, Richards threw down an alley-oop. In a freak accident, the ball landed under the basket just before Richards did.

There was nothing Richards could do to avoid a rolled right ankle.

“I don’t think that’s ever happened to anybody, but what are you going to do about it?” Richards said.

All Richards can do is try to recover as quickly as possible. He returned to the LSU game, but began a regimen of treatment immediately afterward. He did not practice Thursday, but was expected to give it a go Friday ahead of a 6 p.m. Saturday matchup between No. 10/10 Kentucky (21-5, 11-2 SEC) and Florida (17-9, 9-4 SEC).

“I think my ankle’s pretty good,” Richards said. “I’m just going day by day, getting treatment on it every day, listening to my trainer and that’s basically it.”


Also day-to-day is Ashton Hagans, who suffered a thigh bruise that kept him out of the end of the game at LSU, meaning UK is dealing with yet more roster uncertainty. Within the first two weeks of the season, Richards, EJ Montgomery and Immanuel Quickley all dealt with injuries. A mere three games after they all returned, Nate Sestina went down with a fractured wrist. Then, in late January, Kahlil Whitney departed, leaving UK with eight healthy scholarship players.

“You know, that’s just the basketball season,” Richards said. “Every basketball team has their own adversity that they go through. It’s just who figures it out and who’s the team that’s able to keep going, push through it is going to the better team.”

The Wildcats have shown themselves willing to fight through adversity all season, which has added up to them playing their best as the games begin to matter most. UK has won 13 of its last 15 games, including five in a row, and, in spite of having only six available players on Thursday, John Calipari said his team had “one of our best practices.”

“Because they competed, got better, they had great body language,” Coach Cal said. “We went from one thing to the other. We got better yesterday.”

The visiting Gators aren’t on quite the same extended streak as Kentucky, but Mike White’s team is playing well nonetheless. Winners of five of six – including its last three by an average 16.3 points – Florida has moved into a tie for second place in the SEC.

The Gators entered the season No. 6 in both polls, but a three-game losing streak in late January left them 12-8 and on the bubble. They now stand on firmer ground and a win Saturday would be a massive boost to their resume.

“Florida is a really good team,” Quickley said. “Just from my experience, since I’m a sophomore, I played against them a good amount of times last year. They played us tough both times, really well coached, they’ve got a lot of talented players, players that I played against in high school as well. It’s going to be a good game. They’re really tough, really skilled.”

Quickley scored 21 points and Kentucky made a timely string of 3-pointers in a 79-76 victory over LSU on Tuesday night.

“Richards totally controlled the game defensively,” LSU coach Will Wade said. “He’s as good as there is in the league.”

Kentucky made seven of eight 3s in the second half, when graduate transfer Nate Sestina hit three, including two during an 8-0 run that widened the Wildcats’ lead to 15 points with 5:14 to go.

“We left him wide open,” Wade said, lamenting a frustrating pattern of defensive breakdowns during the past five games, of which the Tigers (18-9, 9-4) have lost four. :He’s a good college player. Of course he’s going to make a wide open shot.”

Richards’ basket inside with 49 seconds left helped slow a furious Tigers rally that had trimmed Kentucky’s lead to 75-70 on Marlon Talyor’s 3 with 1:30 to go.

LSU (18-8, 9-4) pulled to 78-74 on Charles Manning Jr.’s driving floater off the glass with 19 seconds left. But Quickley made a free throw with 11 seconds remaining and the Tigers weren’t able to put home their final basket until less than a second remained.

Don’t Read Too Much Into It

If you’re into historical trends, this one may be for you.

Earlier this season, it was noted that winning in Knoxville, Tennessee, has had a peculiar tie with the Wildcats’ NCAA Tournament success. Quite simply, a win in Knoxville traditionally spells success for UK in March.

Kentucky has never won an NCAA championship without first winning in Knoxville during the regular season. And leading into this season, every win during the John Calipari era has resulted in a trip to the Final Four later that season (UK did not visit Knoxville in 2014). Kentucky won 77-64 in Thompson-Boling Arena on Feb. 8.

For just the fourth time in the last 24 seasons, UK now has victories over LSU in Baton Rouge, Louisiana, Vanderbilt in Nashville, Tennessee, and Tennessee in Knoxville. The last three times UK has achieved that feat: 2012, 1998 and 1996. Why do those years stand out? They correspond with the last three Kentucky teams to win a national title.