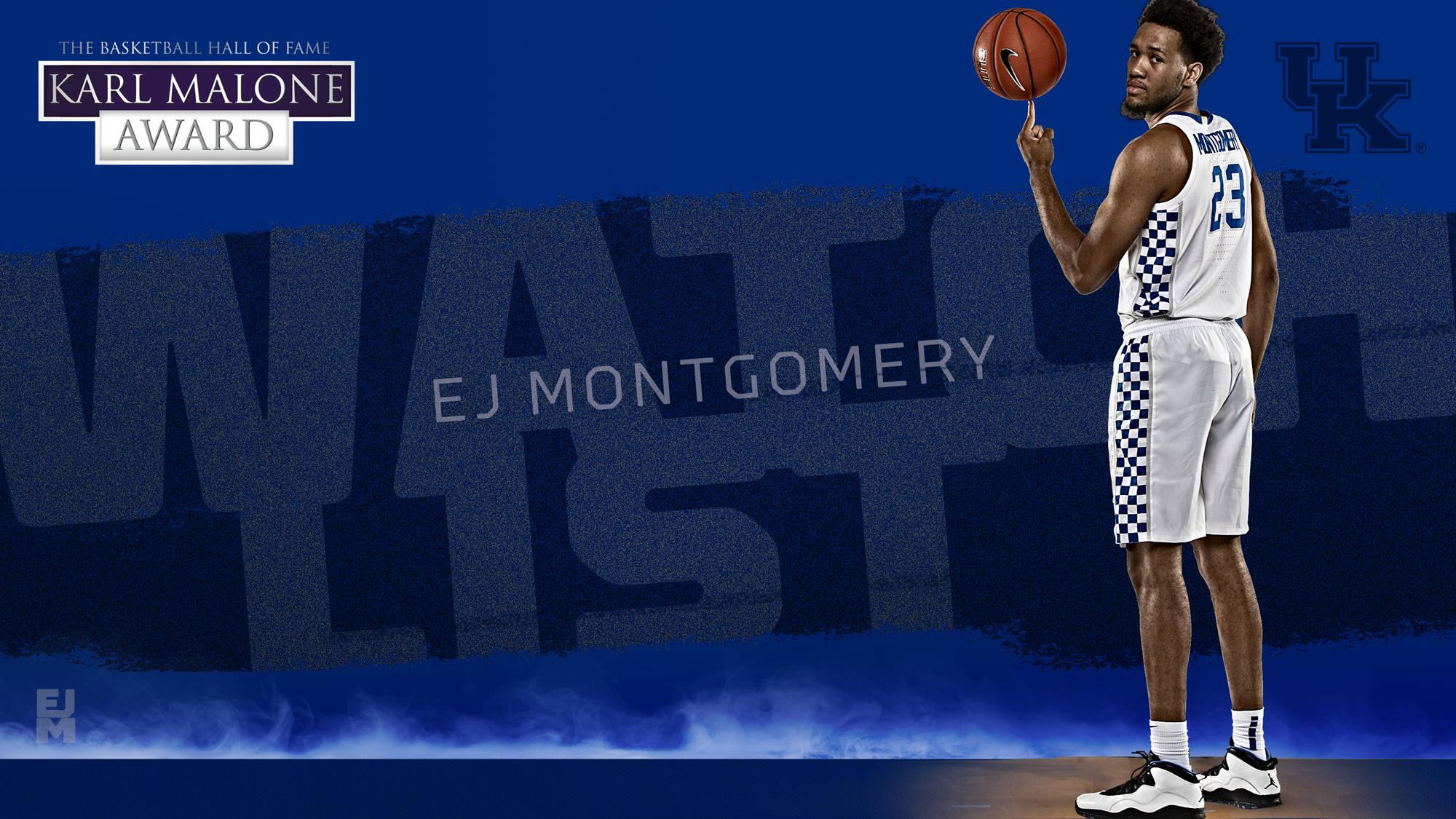 Montgomery is one of three players from the Southeastern Conference on the list. He is joined by LSU’s Trendon Watford and Mississippi State’s Reggie Perry.

Named after Naismith Memorial Basketball Hall of Famer Karl Malone, this year’s award will be presented at the ESPN College Basketball Awards Show in April. The award is in its sixth year of existence and UK has yet to have a winner named the best power forward.

Montgomery, a preseason All-SEC Second Team pick, elected to return for his sophomore season after considering a jump to the pro ranks following positive feedback from the NBA. He appeared in all 37 games for the Wildcats during his freshman season, including making 10 starts. He started in nine of UK’s final 11 games and the Wildcats were 9-1 during that stretch.

The native of Fort Pierce, Florida, is UK’s leading returning rebounder at 4.1 boards per game. He also averaged 3.8 points per game and shot with a 48% rate from the field. His 38 blocks ranked third on the team and led the team in the category in 14 games. Montgomery’s best game of the season came with career highs in points (11) and rebounds (13) in a win over South Carolina. He also snared 11 boards in his NCAA Tournament debut against Abilene Christian.