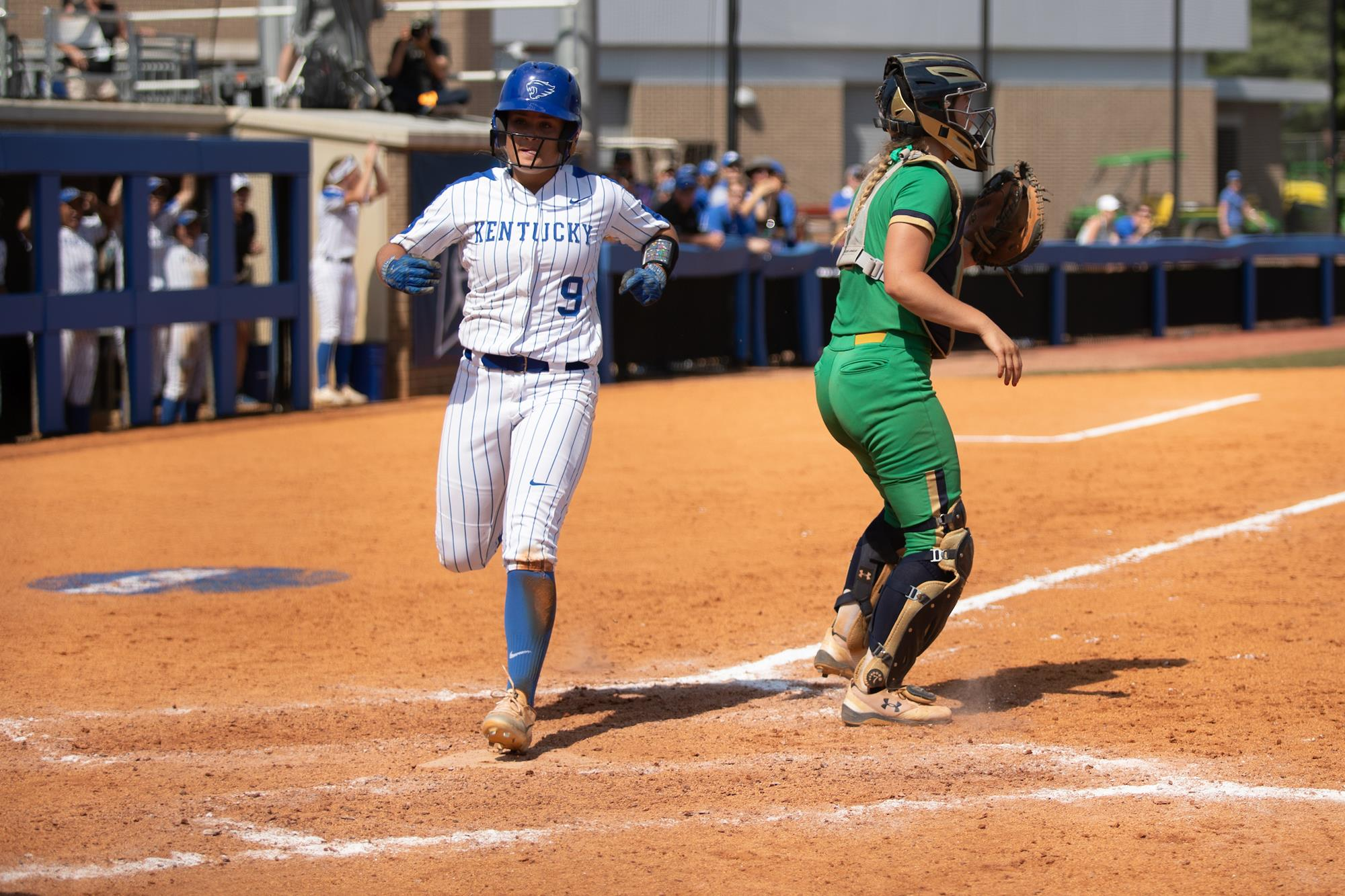 No. 16 Kentucky Blanks California, Falls to No. 1 UCLA on Saturday

CATHEDRAL CITY, Calif. – Sophomore pitcher Grace Baalman pitched her first complete-game shutout of the season on Saturday afternoon as the No. 16 Kentucky softball team blanked California, 5-0 to split a doubleheader on the final day of the 2019 Mary Nutter Collegiate Classic. The No. 1 UCLA Bruins came back from a 4-1 deficit early on to defeat the Wildcats, 12-4.

Baalman was sensational in the circle on Saturday vs. Cal, going the distance to pick up her third win of the season in the circle and even her record at 3-3. The sophomore did not allow any Cal batters to reach third base in the game, and only allowed five hits in the contest.

In the nightcap, the Wildcats jumped all over the No. 1 UCLA Bruins early, as Jenny Schaper clubbed a solo home run to lead off the game, which was followed by a SAC fly from Abbey Cheek to keep the rally going. After UK had secured a 4-1 lead, a series of uncharacteristic errors plagued the Wildcats and allowed UCLA to climb back into the game. The Bruins held on to win, 12-4.

Kentucky closes out the 2019 Mary Nutter Collegiate Classic with a 3-2 record with wins over Cal, Bethune-Cookman and North Carolina. The Wildcats losses on the weekend were to No. 1 UCLA and No. 5 Washington.

The UK game vs. North Carolina did not have a chance with the schedule to pick up its resumption – so since UNC had five chances to bat – the game goes as a final result. Kentucky wins the game 1-0 in five innings.

UK overall in 2019 now sits two games over the .500 mark at 9-7 after having played a brutal non-conference schedule against 14 NCAA Tournament teams from 2017 and seven teams inside the current top-25 poll. Kentucky will take on Wichita State, Murray State, Southern Illinois and St. Louis next weekend at the Coach B Classic in Carbondale, hosted by SIU. Games begin on Friday and run through Sunday afternoon.

Key Stat
1. The 5-0 win over California was the first complete-game shutout for Grace Baalman in the circle this season. It was the fourth shutout by UK pitching this season, and second of the weekend.

Key Play
Lauren Johnson continued her sensational weekend at the plate with an RBI single up the middle in the top of the third to give UK a lead it wouldn’t relinquish. The hit scored Mallory Peyton from second, who led off the inning with a walk.

Key Player
Alex Martens was the key player in the game, going 2-for-3 at the plate with two critical singles.

Run Recap
After Mallory Peyton walked and Alex Martens singled to lead off the top of the second, Lauren Johnson hit an RBI single up the middle to score Peyton and give UK a 1-0 lead. Sarah Rainwater then bounced an RBI single through the 4-6 hole to score pinch runner Jaci Babbs. Johnson came around to score on a Cal error later in the inning. UK 3, CAL 0

In the top of the fifth, Jenny Schaper doubled with one out and pinch runner Kennedy Cowden scored on an RBI single by Abbey Cheek up the middle. Abbey Cheek then came around to score on a Cal error after an Alex Martens single turned into a two-error play for the Golden Bears defense. FINAL – #16 Kentucky 5, California 0