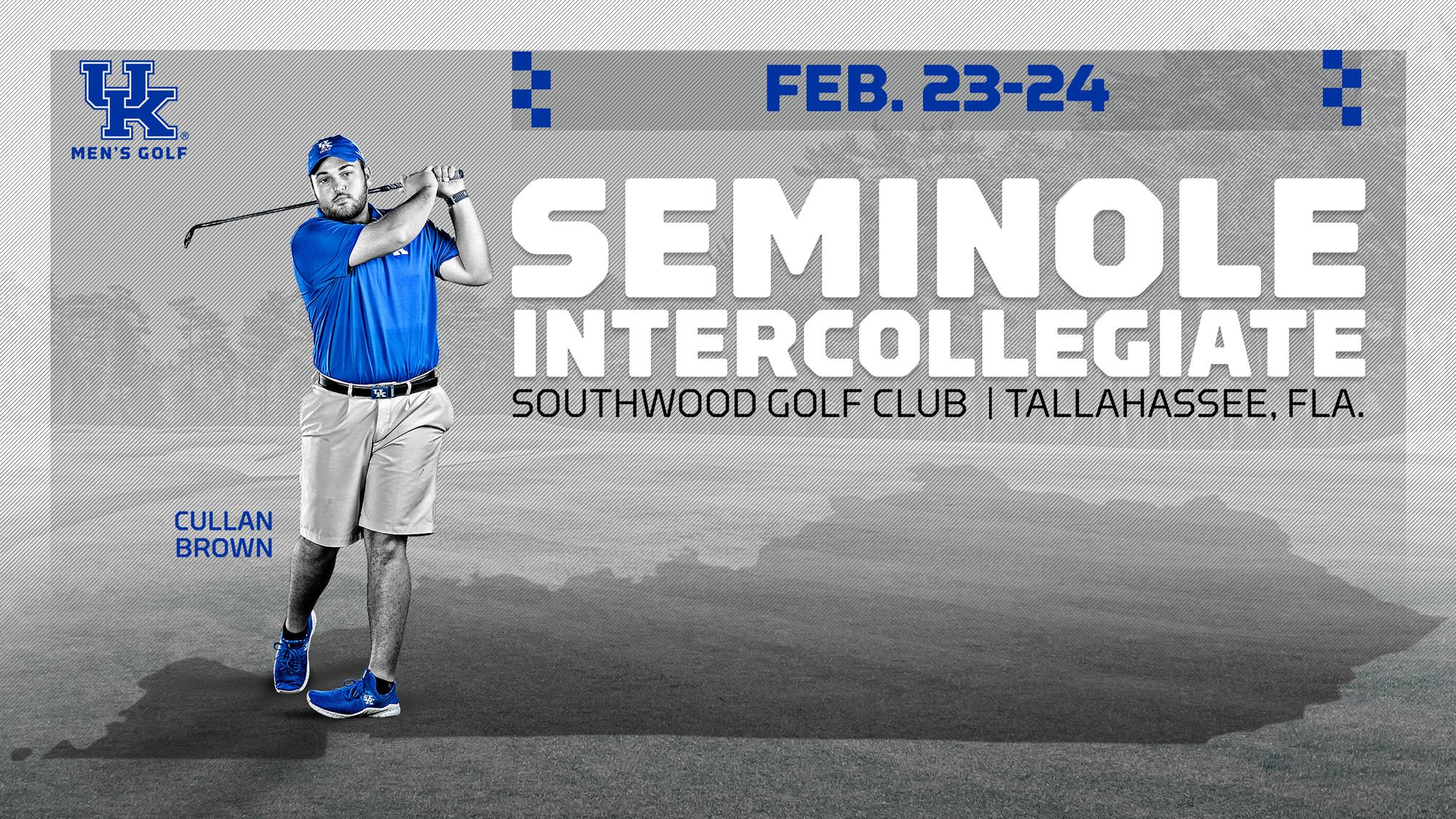 LEXINGTON, Ky. – The Kentucky men’s golf team returns to the course on Saturday for the start of its spring season. The Wildcats are set to take on a two-day, 54-hole event featuring 14 teams at the Seminole Intercollegiate in Tallahassee, Florida.

This week the Wildcats will take a lineup with a mixture of experience and youth featuring three seniors, one junior, a redshirt freshman and a true freshman to an event they have not attended since 2003 when they finished fourth.

“I honestly feel like this is going to be a completely different team this spring with the addition of Cullan Brown and with the learning that took place in the fall,” UK head coach Brian Craig said. “We are headed to Florida State for our first event and I could not be more excited. Let’s get this thing going.”

Golden Eagle Country Club will play at a par 72 over 6,965 yards. It’s a 54-hole event with 36 holes taking place on Saturday and the final 18 on Sunday. Tee times being at 8:00 a.m. ET on Saturday. Live scoring will be available via golfstat.com.

Euler, who missed UK’s opening tournament while he played on the European Tour, led the way for the Wildcats in the fall season, placing in the top 20 in both events he played including a tie for 13th at The Grove with a score of 215. During his junior campaign, he generated eight top-20 finishes and a season-average score of 72.25.

Mehles, Meyer and Liston will make their fourth consecutive starts for the Wildcats. Liston and Meyer finished tied for 31st to finish as the second and third Wildcats behind Euler at the Steelwood Invitational during the fall campaign.

Mehles shot a team-low 69 at The Grove earlier this season. He is averaging a 74.11 score through the first six rounds of the season thus far.

Norris and Brown will make their starting lineup debut with this also being Brown’s collegiate debut. Norris played in two events in the fall as an individual, finishing tied for 19th at the Steelwood Invitational. Brown sat out in the fall due to an injury.

There will be eight teams in the Golfstat Top 100 with Wake Forest (No. 6), Florida State (No. 26) and Louisville (No. 27) all in the top 30. Golden Eagle Country Club hosts the Seminole Intercollegiate for the second year.