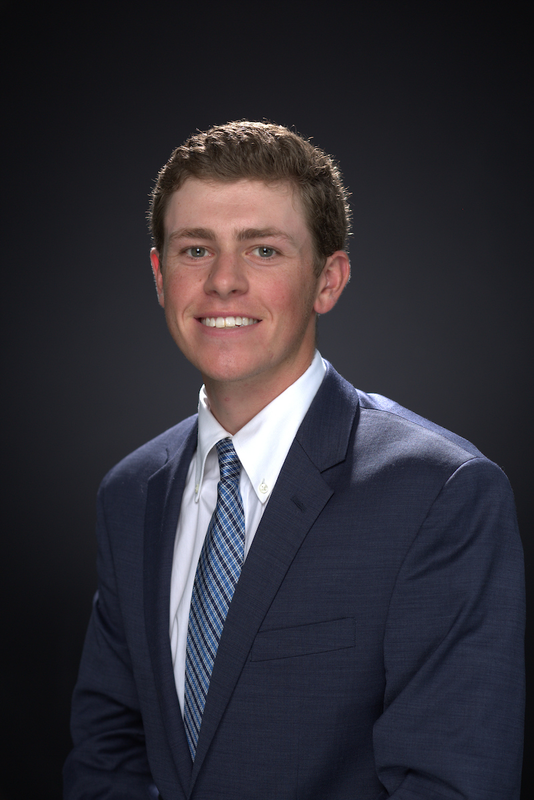 BIO
2019-20 (Senior):  Saw action in five events and made two starts during his shortened senior season … Had three par-or-better rounds and finished the season with a 75.00 stroke average … Tied for 32nd, a season-best finish, playing as an individual at the season opener at the Island Resort Intercollegiate … Opened the year with a season-low round of 71 in that event … Tied for 37th as an individual at the Tiger Invitational … Played even par over his final round … Tied for 69th as part of the starting lineup at the Bearcat Invitational where the Cats tied for third … Tied for 55th at the Steelwood Collegiate Invitational to conclude the fall … Academic All-SEC … Early Wave Srixon/Cleveland Golf All-America Scholar … Graduated in May with a degree in finance.

2018-19 (Junior):  One of two Wildcats to appear and start in all 11 events … Owned a career-low average of 74.09 … Had seven par-or-better rounds … Best finish came at the Schenkel Invitational where he placed in a tie for 24th with a season-low third-round score of 71 paving the way … Shot a round of 72 in the third round of the SEC Championship to help UK clinch a tie for third in stroke play … Won his match play pairing against Auburn and earned Kentucky it’s first point of that matchup with a 2&1 decision … Tied for 27th at The Grove … Shot 73 in the opening round of the NCAA Athens Regional … Academic All-SEC selection.

2017-18 (Sophomore): Competed in seven tournaments and made the starting lineup in five of them … Had a career-low 18-hole score of 68 where he finished in a tie for 29th place at the Gary Koch Invitational … Tied for fifth place at the Wolf Run Intercollegiate, his best finish of his career … Averaged 74.29 through his 21 rounds … Served as UK’s alternate player at the NCAA Championship … Academic All-SEC member.

2016-17 (Freshman): Competed in four events during his first year, including making the starting lineup at the General Hackler Championship … Shot his season-low score of 71 during the second round of the Schenkel Invitational … Averaged 75.0 strokes over his 11 rounds … An All-SEC First Year Academic Team member.

High School: Hails from Louisville, Kentucky, and was a teammate with classmate Allen Hamilton at Saint Xavier … Saint Xavier captured two state championships in back-to-back seasons … Team set a state record by winning 2015 title by 22 strokes … An all-state performer during his four-year tenure with Saint Xavier … Saint X team holds the state record for the low round and low total at the state tournament … A member of the Gentlemen’s Breakfast Club and won the Legends Junior tournament on the AJGA … Carded a 14th place finish at the AJCA Rolex event, which is the most prestigious event on the junior schedule … He qualified for the U.S. Junior Championships in the summer of 2015 … A member of the National Honor Society and the Gentleman’s Breakfast Club.

Personal: Son of Missy and Mark Liston … Has a brother, Michael and a sister, Caroline … Born on April 12 … Major is finance … Cousin of UK golfer Cooper Musselman … Another cousin, Tristen Fisher plays golf at TCU.