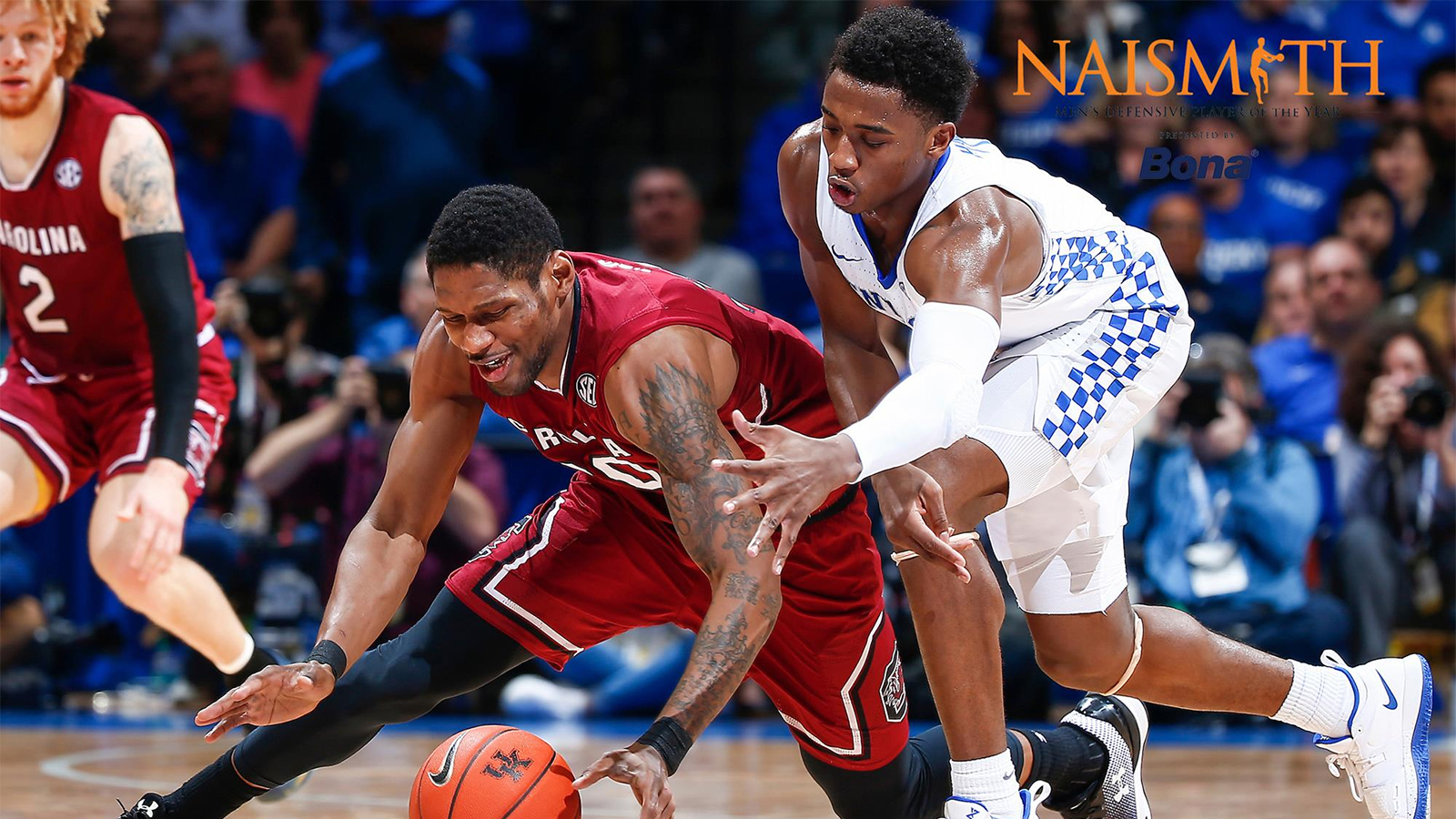 ATLANTA – Ashton Hagans, who has spearheaded the Kentucky men’s basketball’ team’s surge as one of the best defensive teams in the country, is a semifinalist for the Naismith Defensive Player of the Year award.

Hagans was one of 10 players to appear on the Atlanta Tipoff Club’s late-season watch list on Thursday. The list includes players whose defensive efforts on the court have set them apart from the pack.

The 6-foot-3 guard out of Cartersville, Georgia, is one of just three freshmen (Tre Jones and Zion Williamson from Duke) among the semifinalists and one of only two players from the Southeastern Conference (Grant Williams, Tennessee).

Hagans has emerged as one of the nation’s best lockdown defenders. He’s averaging 2.0 steals per game, which ranks second in the SEC and fifth nationally among all freshmen.

The two-time SEC Freshman of the Week has been Kentucky’s best on-ball defender from the start of the season, but he really emerged in a blueblood matchup vs. North Carolina in the CBS Sports Classic in Chicago. Hagans gave UNC’s backcourt fits while tying a school record with eight steals (previously set by Wayne Turner on Nov. 24, 1997, vs. George Washington and Rajon Rondo on Feb. 19, 2005, vs. Mississippi State).

North Carolina head coach and Hall of Famer Roy Williams said it best: “Ashton Hagans is 2 for 6, seven points, and I thought in some ways he was more dominating in the game than anybody.”

Hagans has entered himself in the conversation for the most steals in single-season school history. Rondo owns the record with 87 steals in 2004-05. Through 26 games that season, Rondo had 68 steals. Hagans has 53 to this point, but Rondo only played in 34 games that season.

With Hagans leading the charge, Kentucky has transformed into one of the best defensive teams in the country. Over the last 13 games, in which UK has a 12-1 record with four victories over Associated Press Top 25 teams, UK has limited opponents to 60.7 points per game, 38.5 percent from the floor and 31.6 from behind the arc.

And it’s worth nothing that as Hagans found his defensive stride, his offensive game followed. Since that North Carolina game, his scoring average has jumped from 3.5 points per game to 7.4, including seven double-figure scoring efforts.

He’s dished out three or more assists in 18 of the last 20 games.

The Wildcats return to action Saturday at 1:30 p.m. UK will host Auburn on CBS.