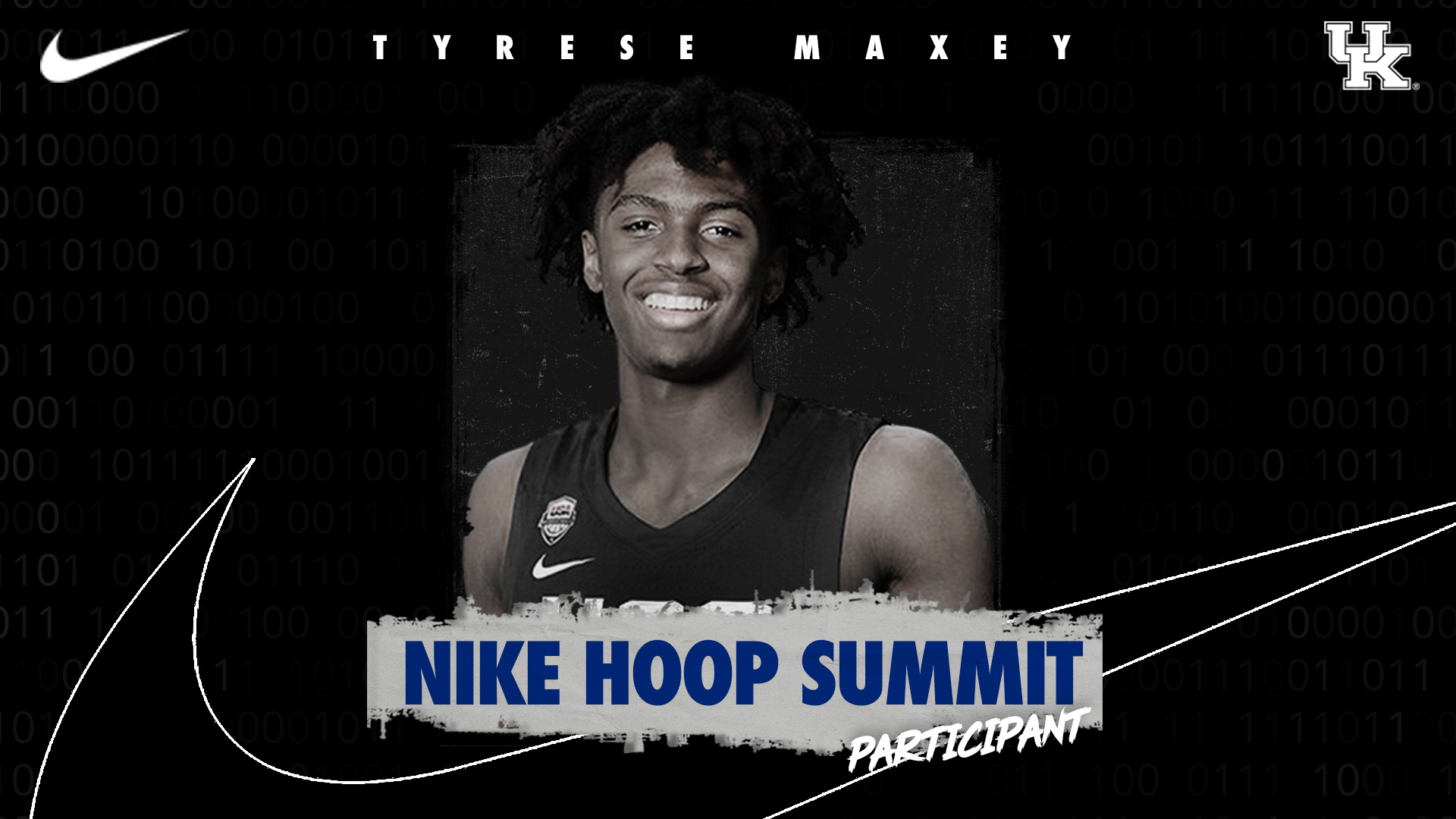 PORTLAND, Ore. – The spring all-star circuit is quickly shaping up to be a busy one for Kentucky men’s basketball signee Tyrese Maxey.

The fall signee, who is already slated to play in the McDonald’s All American Game on March 27 in Atlanta, has been selected to appear in the 22nd annual Nike Hoop Summit on April 12 at the Moda Center in Portland, Oregon.

UK has had a player compete in every Nike Hoop Summit during the John Calipari era. Since Calipari’s arrival, 29 total players have been selected for the Nike Hoop Summit.

Maxey, a combo guard out of Garland, Texas, is a gifted scorer. Through 33 games of his senior season, he’s logging 21.8 points per game, 6.3 boards, 3.6 assists and 1.7 steals per game. He averaged 22.5 points, 7.0 rebounds and 3.1 assists per game as a junior at South Garland High School en route to a state semifinals appearance. He was one of the leading scorers on the Nike summer circuit this past season.

At 6-foot-4, 185 pounds, he can play either point guard or off the ball because of his ability to put the ball in the basket. He projects as a lead guard on the college level. He is ranked as the No. 9 overall player by Rivals and No. 11 by both ESPN and 247Sports. Perhaps his crowning prep achievement to this point was leading USA Basketball to a gold medal at the 2018 FIBA Americas Championship. With Maxey’s contributions, Team USA posted a 6-0 record in St. Catharines, Canada. He averaged 8.8 points and 2.0 rebounds during the run.

UK’s current signing haul, which also includes in-state prospect Dontaie Allen, who was routinely recording games of 40 and 50 points before injury his knee this winter, is setting up to be another highly-regarded class. In every season in the Calipari era, the Wildcats have signed a top-three recruiting class according to the Recruiting Services Consensus Index, which tallies major recruiting rankings and plugs them into a formula to calculate a consensus ranking.

An incredible 217 former USA or World Select Team members have been drafted by NBA teams, including 14 players in the 2018 NBA Draft. The past nine No. 1 picks have been Nike Hoop Summit alumni, including Towns, Davis and Wall in 2010.

The game previously rotated throughout various U.S. cities, but it found a permanent home in Portland, Oregon, in 2008.

Rosters for the annual Jordan Brand Classic, considered the third of the elite all-star circuit games, have not been announced yet.

The current Wildcats return to action Saturday when they take on No. 1/1 Tennessee. Tip is set for 6 p.m. and it will air live on ESPN.