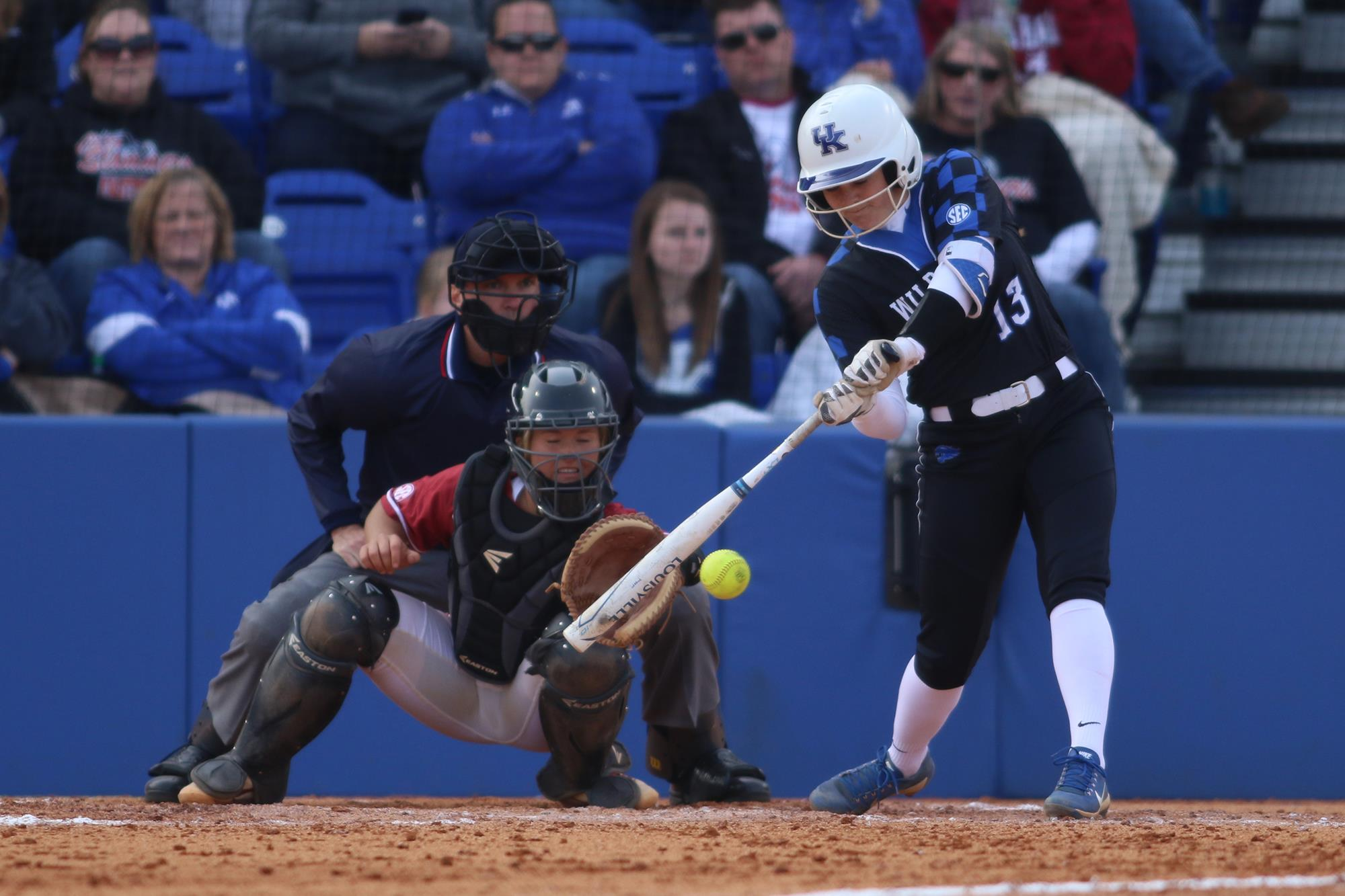 No. 21 Oklahoma State Scores Four in Seventh, Walks Off With Win

HOUSTON, Texas – The No. 13 Kentucky softball team took a 7-4 lead into the bottom of the seventh inning, but the No. 21 Oklahoma State Cowgirls scored four runs on two different home runs off of two different pitchers to steal an 8-7 win over the Wildcats.

Kentucky finishes opening weekend with a 2-3 record with wins over Houston and Sam Houston State.

UK got off to a hot start at the plate, as Katie Reed clubbed her first home run of the season on a shot to left field after Kayla Kowalik walked earlier in the inning.

The Wildcats played add-on in the top of the fourth inning as Mallory Peyton clubbed a three-run HR to straight-away center.

Oklahoma State got a grip of the game in the bottom of the sixth, scoring twice to pull the deficit to as close to 6-4 entering the seventh. The Wildcats got an unearned run – but the four OSU runs in the seventh ended the game.

Kentucky will play in the inaugural ESPN St. Pete/Clearwater Elite Invitational presented by Wilson next weekend, as the Wildcats will play six games over four days, beginning on Thursday afternoon against No. 4 Oklahoma at 4 p.m. ET on ESPNU with Beth Mowins, Michele Smith and Holly Rowe on the call from Clearwater.

Key Stat
5. All five seniors for Kentucky (Cheek, Reed, Schaper, Henson, Rainwater) hit a home run this weekend at some point during the five games played.

Key Play
The key play in the game was Sydney Springfield’s walk-off home run to left field to win the game for OSU in the bottom of the seventh.

Key Player
Mallory Peyton was the key player in the game, going 1-2 at the plate with a three-run home run.

Run Recap
Katie Reed started the scoring with a two-run home run to left field in the top of the third inning. UK 2, OSU 0

Kentucky extended its lead to 5-0 in the top of the fourth inning on a three-run home run to centerfield by Mallory Peyton. UK 5, OSU 0

In the bottom of the fourth, a lead-off double came around to score on a sacrifice fly for Oklahoma State. UK 5, OSU 1

In the bottom of the fifth inning, Kiley Naiomi hit a solo home run. UK 5, OSU 2

In the top of the sixth inning, Mallory Peyton walked and pinch runner Jaci Babbs came around to score on an RBI single by Kayla Kowalik. UK 6, OSU 2

Oklahoma State scored two runs off a Springfield home run in the bottom of the sixth to pull within a run. UK 6, OSU 4

Kentucky responded back with a run in the top of the seventh after Lauren Johnson doubled and came around to score on an error. UK 7, OSU 4

Oklahoma State hit a one-out home run off of Grace Baalman in the bottom of the seventh. Kentucky then changed pitchers and Springfield homered to left to win the game with two outs and a runner on second. FINAL – Oklahoma State 8, Kentucky 7