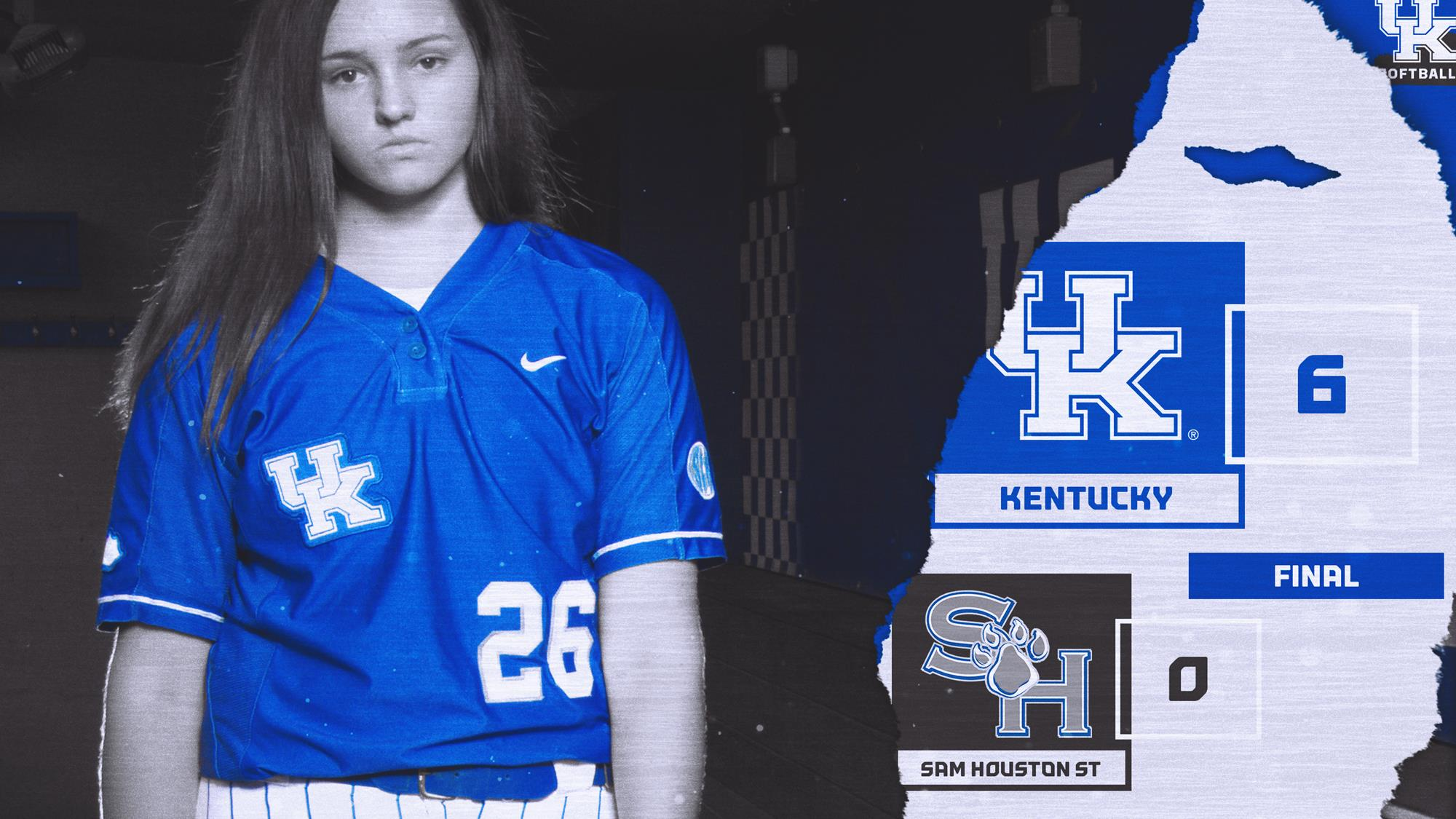 HOUSTON, Texas – Freshman pitcher Meghan Schorman sparkled in her first-career NCAA start on Saturday morning, throwing a complete-game two-hit shutout against Sam Houston State as the No. 13 Kentucky softball team picked up its first win of the 2019 season with a 6-0 win.

Schorman at one point retired 15-straight batters, spanning six innings while striking out nine batters in the process. Her nine strikeouts are the most of any UK pitcher this weekend in the three games contested.

Kentucky broke the seal on the game in the bottom of the third inning as Abbey Cheek and Kayla Kowalik came around to score on an Alex Martens two-run double to left field to put the Wildcats up, 2-0.

UK then added three runs in the bottom of the fourth on a series of Bearkat errors – and put the seal on the game with unbelievable defense.

The Wildcats will face Houston on Saturday at approximately 5:30 p.m. ET in UK’s second game of the day. UH defeated Kentucky 4-3 on Friday night.

Kentucky 6, Sam Houston State 0
Key Stat
15. Meghan Schorman retired 15 batters in a row, spanning six innings at one point in the game – as she threw her first-career complete-game shutout.

Key Play
Katie Reed doubled down the left-field line with one out in the bottom of the sixth inning, just one batter after Kayla Kowalik legged out a triple to left and chased SHSU starting pitcher, Lindsey McLeod.

Key Player
Alex Martens was the key player in the game, knocking in two runs with her double to left field in the bottom of the third to open up the scoring.

Run Recap
Kayla Kowalik singled to second to start the bottom of the third inning, and was moved to second on a SAC bunt by Lauren Johnson. After a walk to Abbey Cheek – Alex Martens doubled to left and scored two runs to put UK on the board. UK 2, SHSU 0

Kowalik tripled down the left-field line with one out in the bottom of the sixth, and she scored on a Katie Reed double in the next at bat. FINAL – Kentucky 6, Sam Houston State 0