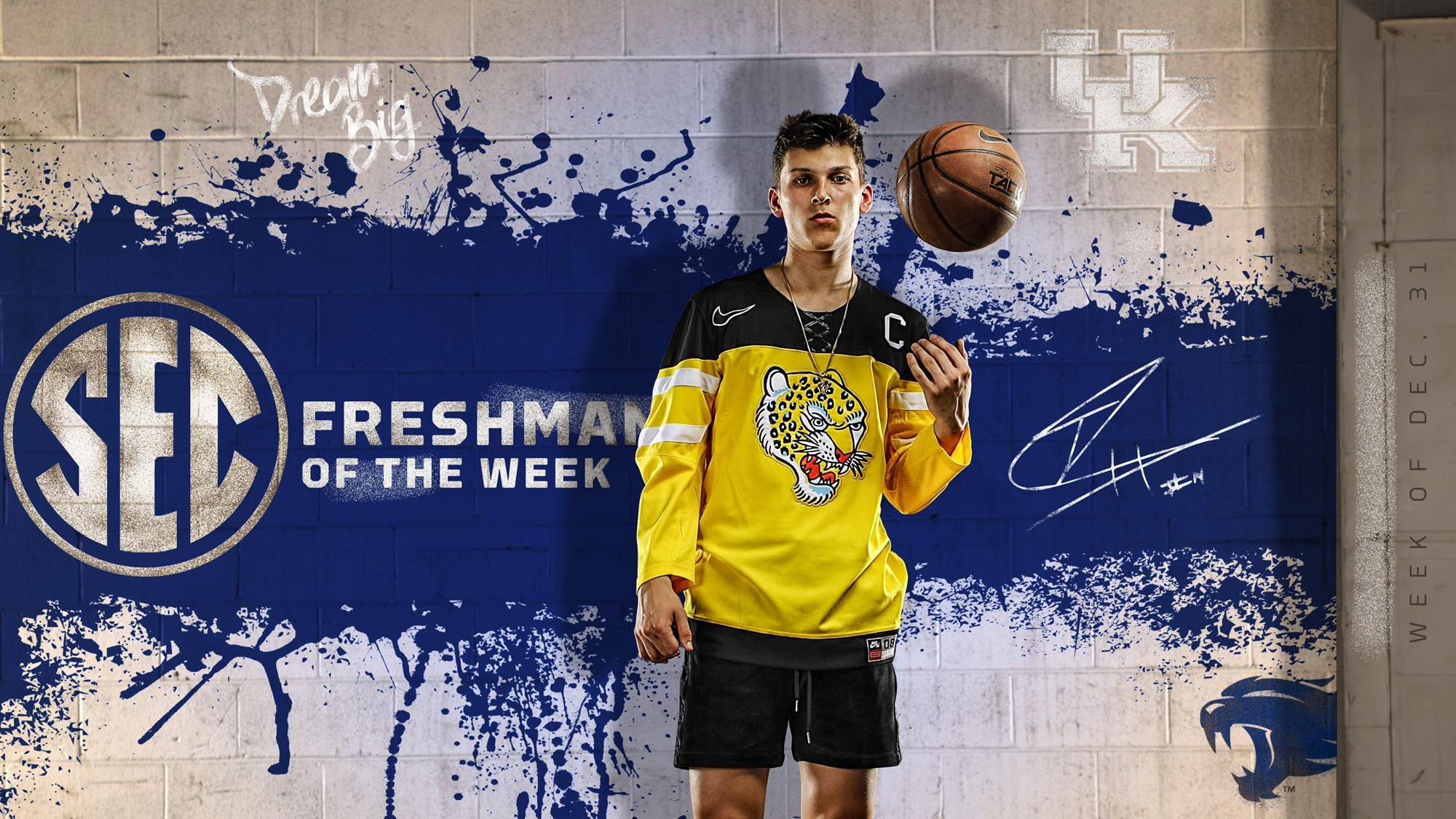 BIRMINGHAM, Ala. – For the third straight week, a Kentucky men’s basketball freshman guard has been named the Southeastern Conference Freshman of the Week. Tyler Herro hauled in this week’s honor after pouring in a career-high 24 points and winning Bluegrass Sports Commission MVP honors of the Kentucky-Louisville game on Saturday.

Herro was sensational and equally efficient for the Cats. The Milwaukee native scored 24 points on 10-of-13 shooting while also connecting on a career-high four 3-pointers. The win was the second in a row for UK away from home and its second against an opponent either ranked in the Associated Press Top 25 or receiving votes.

Over the last six games, Herro is averaging 16.7 points per game while shooting 50.6 percent from the floor. He’s made 13 3-pointers during that stretch.

Saturday’s scoring output of 24 points was two shy of UK’s freshman record against the Cardinals.

He also contributed five boards, two steals, a block and an assist. In the opening 20 minutes, Herro was the catalyst to an 11-0 run that helped the Wildcats take an eight-point lead into the break. He had 12 points on 6-of-8 shooting in the opening stanza and two 3s.

The 6-foot-5 guard was also named Andy Katz’s National Player of the Week for his performance in the Commonwealth’s annual rivalry game.

The honor is the first of the season for Herro but the fourth time a UK player has been named the league’s top-performing freshman. Keldon Johnson has twice been named Freshman of the Week and Ashton Hagans took home the honor last week after helping UK to a win over then-No. 9/10 North Carolina. Johnson, Hagans and Herro have now hauled in the award in three consecutive weeks.

Kentucky has won more weekly SEC honors (93) than any other school during the Calipari era, including 75 SEC Freshman of the Week honors and 18 SEC Player of the Week awards.

The Wildcats return to action on Saturday at 1 p.m. ET in their conference lidlifter. UK will travel to take on Alabama, with the game airing live on ESPN.